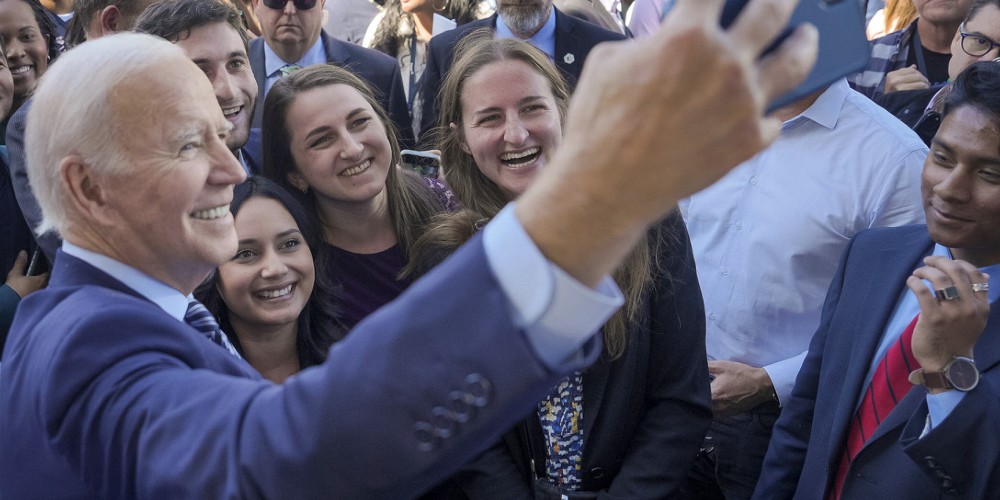 The 30 Democrats in Congress avowedly of a liberal bent were rapped hard on the knuckles by the hawkish party establishment for urging President Biden in a joint letter, to “negotiate directly with Russia”. Wringing their hands, the letter writers all but walked the streets in sack cloth and ashes. After withdrawing the letter, ofcourse.

This action-reaction, within the ruling party has refocused attention on the deep divisions within the ruling party, indeed the entire western ruling class on how to bring the Ukraine war to a conclusion? To cut losses and negotiate, and thereby lose face because Putin’s popularity remains intact? Or to gamble and remain in the fight to eventually bleed Putin in some remote future?

It was a carefully worded note which quoted President Zelensky in May that the war “will only definitively end through diplomacy.” Where the letter writers faltered was probably their falling back on a statement Zelensky made six months ago, which apparently is when the first outlines of the draft emerged. It was mailed just a few days ago when the White House is understandably nervous about the Congressional elections next week. Hence the furore.

Pramila Jayapal chair of the Caucus did not cover herself with glory for blaming the “timing” of the letter’s dispatch to official mismanagement.

For the record, the operative paragraph of the two page letter should be noted: “In conclusion we urge you to make vigorous diplomatic efforts in support of a negotiated settlement and ceasefire, engage in direct talks with Russia, explore prospects for a new European security arrangement acceptable to all parties that will allow for a sovereign and independent Ukraine, and, in coordination with our Ukrainian partners, seek a rapid end to conflict and reiterate this goal as America’s chief priority.” A Putin-Biden meet on the margins of the G20 summit in Bali on November 15? No one knows how November 8, Congressional elections will go. A Biden with a winning hand may well be able to summon up the courage and stiffen the sinews.

Should Biden come out smelling of roses, the war may well be seen as having contributed to his welfare. This would give The White House some leverage to negotiate on terms which would help the 2024 Democratic campaign. This line of thinking must not obviate the very real possibility that the President may come a cropper too. Negotiations then will become that much more difficult for a weakened President whose war aim, as articulated by Defence Secretary Lloyd Austin, was to “weaken Russia”.

The illusion that the war is going well for America is being sustained by the media which is like a continuous drone to the musical score. Elsewhere in this “score” some real things are happening. Matters of War and Peace for a great power are never determined by whim or instinct. A country like the US has invested so much in the life of the mind – university faculties, think tanks, specialized institutions – that anyone with ears close to the ground on this circuit will pick up information on the kind of research work the administration, directly or indirectly, has farmed out to think tanks.

Media disinformation notwithstanding, one outcome of this war is more or less established – we are transiting from US hegemony to a multipolar world. The process became imminent in 2008. The Lehman Brothers came down like melting ice cream. Then countless other citadels of capitalism including some in which we too were heavily invested – Enron, for instance – fell.

The collapse of the Soviet Union conferred on the US the Sole Super Power moment which the neo cons in the Washington wasted by their over-reach.

In the present circumstance, think tanks like the Quincy Institute published a paper in September, 2022, which spells out “A US Grand Strategy for a Multipolar World.” What this strategy should be is summed up in the headline: Managed Competition.

A sample para: “Just as we did during the Cold War when the US and Soviet Union recognized that the consequences of super power conflict in the nuclear era created a shared interest in keeping their rivalry within safe bounds, we must establish rules of the game for a multipolar era to manage threats that cannot be addressed through American might alone.” The retreat from being hegemonic is going to be excruciatingly painful. What happens to American exceptionalism? A very unpredictable and turbulent phase lies ahead before final destination.

There will be a shrill reaction against voices of moderation. It is not fashionable to discuss the reality that Russia was “lured” into this conflict as Prof. John Mearsheimer of Chicago University, among a host of other public intellectuals have consistently maintained.

Rand Corporation as early as 2019 produced a 325 page document advising the state, step by step on the elaborate expedition of “Extending Russia” to “compete from advantageous ground”. The “special action” by Russia on February 24, 2022 therefore was not an event which was unthinkable.

From the day that the Nixon-Kissinger team helped create the Washington-Moscow-Beijing triangle in the early 70s, the US foreign policy makers have never deviated from the line i.e. Beijing and Moscow must be kept apart.

Put it down to super-power chauvinism, that US practitioners of foreign affairs conducted their relations with the two so carelessly that, instead of separating them, they brought the two closer. After their Beijing summit in early February 2022, weeks before the Ukraine war began, Xi Jinping and Putin announced a “Friendship without limits”, which had “no forbidden areas of co-operation”. The alliance was “superior even to the cold war era”. This truly set the cat among the pigeons. Instead of a cool application of thought on how to loosen the bear-dragon embrace, a highly charged (or panic stricken) Nancy Pelosi defiantly turned up in Taiwan.

In the entire international system, not one country has given up its established position to become a western drum beater since the Ukraine war began.