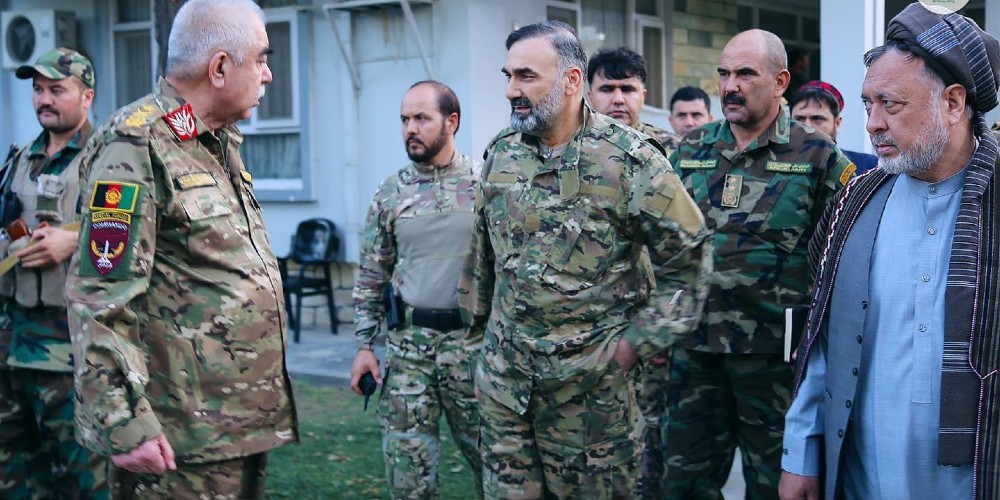 On August 13, 2021, Ismail Khan, a revered Tajik elder/leader and militia commander of Herat – also, called the Lion of Herat – in his early 70s was engaged in a last stand against the Taliban. At the same time, unknown to him, the famed 207th Zafar (Victory) Corps of the Afghan Army was engaged in a planned surrender to the Taliban. Eventually Khan was captured. A Taliban spokesperson reportedly told media organisations that Khan, the provincial governor, and security officials were in their custody as part of agreement with the Taliban.

A day later the 209th Shaheen (Falcon) Corps at Mazar-e-Sharif surrendered. The people of this legendary capital of the Balkh province sharing its northern border with Uzbekistan have had a rich history in rising against the religious extremism of Taliban. This city was home to the famous anti-Taliban war lord, Abdul Rashid Dostum.

Ata Mohammad Noor, leader of Jamiat-e-Islami Afghanistan and Governor of Balkh province tweeted at 1.07 am on August 15:

Noor had tweeted: “I have a lot of untold stories that I will share in due course. Thanking all who proudly resisted to defend their land. Our path won’t end here.”

Those stories need to be told now, not later. Who orchestrated the surrender?

There were 52 people who escaped to Abu Dhabi on a chartered Boeing 737-800 flown by Russian pilots. Some of them know the plot because they were involved. But they are currently inaccessible and most importantly they have an incentive to stay silent forever. There are others like Noor who are preferring to hold their silence. But some brave Afghans who were closely associated with the affairs at the Arg are speaking up.

“Mohib, Fazly and Stanekzai sold out our country to Pakistan. It was a military coup planned by Pakistan’s Inter-Services Intelligence to re-install Taliban”. This is what one of Ghani’s former aides who was in active contact till August 15th with several people on the list of 52 escapees from the Arg told the author. As of today, it seems difficult to verify this statement. But over time the truth of the controlled collapse of August 15th will emerge. Perhaps, leaders of Afghanistan government who are now part of the National Resistance Front like Vice President Amrullah Saleh and Defense Minister Bismillah Khan Mohammedi or Arg escapees may find it necessary or strategic to reveal what they know.

For now, the author is giving voice to several Afghans who worked in the Arg and are presenting compelling versions, which needs to be placed in the public domain. The role of Hamdullah Mohib (National Security Advisor, Afghanistan) in the collapse of the government and enabling Taliban to takeover the country will certainly be discussed in the days ahead.

In September 2020, the US State Department issued a statement that it would refrain from contact with Mohib, because of his outburst against ‘US Special Representative for Afghanistan Reconciliation’, Zalmay Khalilzad. Similar action was taken by the Pakistani government in May 2021. Islamabad was outraged by Mohib’s comments against Pakistan’s Inter-Services Intelligence agency. In fact, during a parliamentary debate Pakistan’s foreign minister, Shah Mahmood Qureshi, described him as a “dog”.

Given this context, it is difficult to understand why Mohib was calling up provincial Governors and regional army commanders to surrender. Mark these words – “controlled surrender”. These words will be heard more often in the days ahead. According to some bureaucrats who worked in the Arg, one of the reasons why the trained and well-equipped Afghan army collapsed without a fight was because Mohib was contracting surrender deals with the Taliban to help it advance.

What does Defense Minister Bismillah Khan know, given that he tweeted “those trading and selling out their motherland should be punished and arrested.”

“Mohib was calling every district governor and every regional army chief to surrender because it is part of the peace deal,” a source who is currently in the US told the author.

“Controlled Surrender” strategy was set into motion by Mohib early this year. A crucial element to trigger the collapse of local security formations was mass replacement of local army commanders and district police chiefs with pro-Taliban, pro-Pashtun nationalists. It is important to know that Mohib hand-picked each of these appointments. It is of utmost importance to know the districts where Mohib replaced the security forces commanders were the ones to surrender to the Taliban at the first opportunity. Most of them were appointed between January and March 2021.

In fact, by the time Ghani’s Cabinet realised what was happening, it was too late. The Taliban were already on a roll, capturing one district after another. On July 21, 2021, three weeks before Taliban took over Kabul and Afghanistan, the head of the Defense Affairs Commission said in the country’s Parliament that one of the reasons for the fall of districts to the Taliban is the unprofessional management and selection of police commanders for the districts.

“The way they were recruited was not right; if we were looking to bring reforms, we had people in the police ranks to be replaced and the situation could be much better than it is now,” said Mir Haidar Fazli, head of Parliament’s Défense Affairs Committee.

The appointment of district police chiefs and regional Army commanders were mandated to the Ministry of Interior and Ministry of Defense respectively. But Mohib’s office (Office of National Security Council), with the support of President Ghani bypassed both these ministries in matters related to appointments and policy making. It’s ironic that weeks before Ghani fled, he said this in support of Mohib’s inexplicable appointments across more than 200 districts (out of a total of 387 districts): “There will be a management system, a motivation, a commitment and a movement and the Afghan nation will remember it with pride in their history.”

In the days leading up to the collapse of the Government on August 15th, several politicians and senior commanders of security forces and agencies openly voiced their fears that interference by Mohib and his incompetence was severely endangering the security and stability of Afghanistan.

“Regarding this issue, the Office of the National Security Council does not have any authority and it cannot interfere there,” said Mirza Mohammad Yarmand, former deputy minister of interior.

“From a legal perspective, it (ONSC) does not have the authority to do so—they have defined authority in their own way and there is no one above them to ask why,” said Sayed Eshaq Gailani, the head of Nahzat-e-Hambastagi Milli Afghanistan party.

Interestingly, Mohib’s office had changed commanders in those districts that were already categorised as facing high-level security threats. By the time US announced the withdrawal of its forces, the Taliban had taken over all the 200 districts in which Mohib had interfered with appointments.

Here’s something that staffers at the Arg have wanted to know for a long time.

“Hamdullah Mohib, you are a British citizen. You served as Afghanistan’s National Security Advisor. Your official biography says that you are from Nangarhar. We would often discuss with your deputies at the Arg about your place of birth and relatives. They said they have never met any of your relatives or even heard you ever speaking to them or speaking of them. Many of us have long wondered who you are. You just came from nowhere.”

Part IV will continue the focus on the role of Pakistan’s Inter-Services Intelligence in re-installing Taliban in Afghanistan.