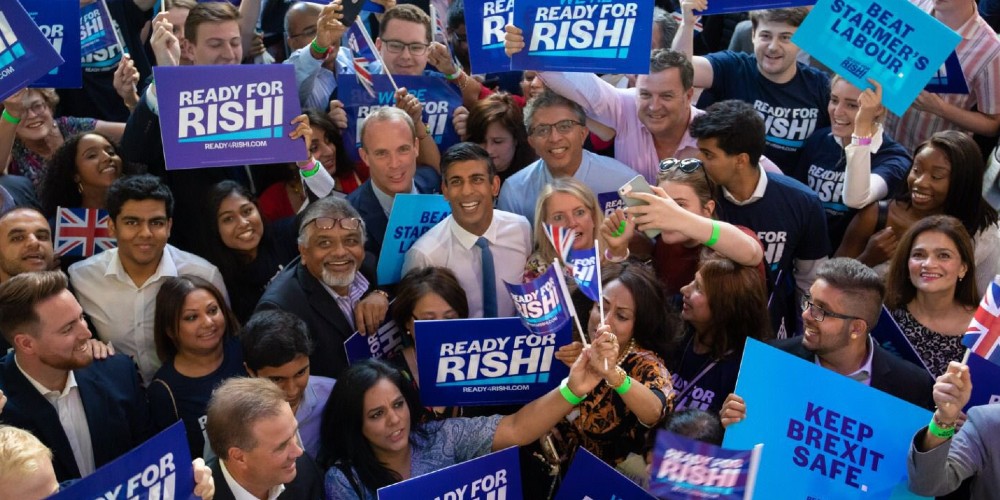 Can Rishi Sunak be placed with Macaulay’s children? Thomas Babington Macaulay described these as “a class of persons, Indian in blood and colour, but English in taste, in opinion in morals and intellect.” Traces of Rishi, there?

Had Macaulay manifested himself by some miracle in the Calcutta of the 50s and 60s, he would have patted himself on the back. All English companies were in the safe hands of brown-Englishmen – boxwallahs they were called. But Macaulay would have gulped at the sight of his cultural progeny of colour elevated to the job his contemporary Benjamin Disraeli once occupied – that of Prime Minister of Great Britain.

Macaulay’s Minute for Education policy was circulated in 1835. As if on cue, Doon School, modeled on Eton, opened its dormitories for the first batch in 1935. This facilitated princes, civil servants, army top brass and sundry elites to recycle their progeny through Doon School, St. Stephen’s College (or its equivalents), and Cambridge or Oxford.

This recycling lasted barely two generation because a large part of this elite ran out of cash. It found it difficult to afford the Rs.10,000 required to put their wards through a Tripos at Cambridge. By the mid 70s, it was the turn of the scholarship elites from the Ivy League to take over top jobs in the economics sector. Rishi Sunak does not trace his ancestry to this earlier elite. His is more the aspirational tribe which did not have an elite base in India. This lot turned up not to recycle itself through famous universities. It did one better. It settled in places like South Hall, Birmingham, Leicester Rochdale, Leeds. The last named triggers a story I cannot resist telling. The story was told to me by Denis Healy, the best Prime Minister Britain never had. During an election in the 20s, the short list of three Labour candidates for Leeds South contained one M.A. Jinnah.

Healy peers at me from under the bushiest of eyebrows: “supposing Jinnah had been nominated and won, would the history of the subcontinent been different?”

Had Sunak’s ancestors, who left Gujranwala, now in Pakistan, come directly to Britain where would they have settled? It is difficult to map them because they left for Kenya before India was Partitioned. In a sense, Sunak is Idi Amin’s gift to Britain. Had the Ugandan dictator not set into motion a chain of migration from East Africa by first expelling them from his country in the 70s, Indians may still be in East Africa.

The planning by the Sunak family into the making of Rishi is exemplary. But let me first tell you a brief story of a planned life, destination clearly in view.

A young man of modest means sought accommodation near a Golf Course so that his daughter could join the nearby school. He and his daughter would then join the Golf Club, at whatever cost, beg, borrow or steal. By the time she is past her higher-secondary, ready for college, she will be an expert, if not a champion, golfer. This is high premium qualification for admission in the fanciest US colleges on his diligently drawn up list. The whole trajectory worked out.

In Sunak’s case the career was conceived and mapped with the best possible education as a stepping stone to networks, wealth and power. Stroud preparatory school, Southampton, Winchester College where he was head boy; Oxford, Stanford and the campus secret societies en route double distilling the elite network.

It is, ofcourse, misleading to place a person who became Prime Minister in double quick time in the same frame as those who achieved less. With a first from Oxford, when he entered Stanford as a Fulbright Scholar, he met Akshata Murthy, heiress to the multibillion dollar Infosys empire.

An unbroken first class record through the best possible schools and universities wedded to the wealthiest family in Britain quite clearly helped break the colour barrier. But it must never be forgotten in India, Kenya, Gujranwala, wherever they celebrate Sunak, that a practicing Hindu is made Prime Minister in a country which has its own proud Church. Britain is an Anglican monarchy, a Christian country but which, quite admirably, is socially and politically so secular as to find Sunak doubly kosher.

The hoopla surrounding the swearing in obscured the cardinal fact that he was “crowned” by an uncrowned king. Thus far Charles is king only by succession. He is yet to be crowned king at a ceremony where the Archbishop of Canterbury will confer on him the aura of which the crown is but a symbol.

In this perspective is it not possible to conceive a Hindu state which treats all its citizens, of diverse denominations, as equal? If you are so averse to the word “secularism”, change the dictionary and assign to Hinduism that meaning –– secularism.

The large hearted accommodation in this instance by Britain must be glorified, ofcourse, but do keep room for a thought: how far will this accommodation go without straining the fabric? A Prime Minister, Mayor of London, Ministers in cabinet, always from the colonies. Also, I have watched four cricketers of subcontinental origin play for the English test team and so much more. Some of it betrays a decline in quality, attitudes which probably come from resting on ones oars, a sort of ennui after satiety, a blasé shrug of the shoulders.

When I first entered the Sunday Times, the Best and the Brightest on Fleet Street were uniform, without exception, in their marital circumstance. They were all waiting for their divorces to come through; they all had mistresses who were quite visibly advanced in the family way. The only half way stable marriage was Phillip Knightley’s that too, because he was married to a Mangalorian who are tenacious keepers of the institution of marriage. It was this institution which I saw fray in my very first outing to England. Is this a pertinent variable to be looking at to grasp a country’s generosity which may also carry seeds of its decay?