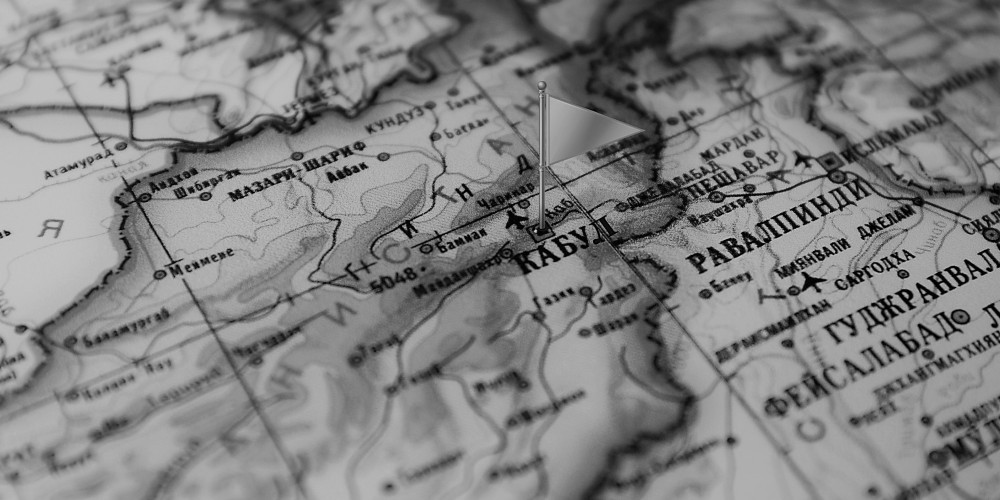 What Emmanuel Macron told France’s top diplomats in a closed door meeting in August, 2022, about the “changing world order”, would have caused Western resolve on Ukraine to collapse had it been a public statement before TV cameras.

“I must admit Western hegemony is coming to an end.” This was only one of the statements Macron made about the West’s post Ukraine decline. A verbatim report was pigeoned out and found its way to some of us.

In August it was the first “on record” statement by a key member of what was being touted as the “unshakable” Western alliance. When I published contents of Macron’s statement on 26 August 2022, I expected brickbats. So completely sold on Western propaganda about the Ukraine war was the Indian media, that the story was given no traction.

An earlier TV interview with Valery Fadeyev, Adviser to President Putin, invited not curiosity about what the Kremlin was thinking during the early months of the war, but rather suspicion that “anti Ukrainian” propaganda was afoot. One distinguished editor thought the interview with Fadeyev was “bad journalism”, because no questions had been asked about the massacre of the innocents at Bucha by the retreating Russian army. Time proved that Bucha had been set-up by the propaganda arm of the Ukrainian campaign.

The Ukrainian Ambassador to New Delhi, with scant knowledge of Indian history, compared the Russian aggression against Ukraine to “Moghul” barbarities against the Rajputs. He had to tone down his hyperbole under some public pressure.

During wars like Ukraine or the US occupation of Afghanistan, Iraq, proxy wars in Libya and Syria, what is mostly missing is an Indian perspective. Elections are round the corner in Nepal. The outcome is of supreme interest to New Delhi and Beijing. In fact I would not be surprised if news bureaus representing the official Chinese media have already taken up position in the Himalayan state. There is no evidence that any Indian channel has taken any initiative.

While we scream Atmnirbharta (self sufficiency) from rooftops, the entire Indian media is totally and abjectly dependent on Western sources of information.

It worked while Indian foreign policy was tilted towards the West, a stance which prospered most since the 1992 collapse of the Soviet Union when New Delhi basked under the Sole Superpower. Ukraine has totally changed the circumstance. South Block has been quick to shift gears and readjust to the imminence of a multi-polar world. No, South Block is not falling back on a new non-alignment. The new pragmatic phase will be defined by aggressive, but cautious alignments on all sides.

This new foreign policy demands a self-sufficient media, independent of the bloc which has so far been the solitary source of information on world affairs. New centres of information may emerge with India as the regional power. An active SAARC could be a reality if the unthinkable happens with Pakistan and China after the 2024 general elections.

A basic provocation for such fanciful thinking is located in Macron’s candid sharing of ideas with his officials. As I mentioned there was an initial lack of interest, partly because the ideas seemed remarkably outlandish in the midst of the conventional wisdom forged by Western propaganda. Indeed the absence of any reaction to my story published in August caused me to doubt my own sources. A fake story may have been planted on me to discredit the independent line I had taken on the conflict from the day it first erupted. I am taking up the document now, for the second time, because I now know that the French Ambassador to New Delhi, Emmanuel Lenain, was, like all the other French Ambassadors, present at the all important meet. The document now stands authenticated.

Let me now pick on some of the nuggets from Macron’s statement:

a) Because of the existence of NATO, it becomes very difficult for Europe to form another European army, and as long as the “European army” does not exist, Europe will be controlled by the political instructions of the United States.

b) Yes, the United States is an ally, our long-term ally, but at the same time it is an ally who has been kidnapping us for a long time.

c) Taking Russia out of Europe may be an absolutely far-reaching strategic mistake.

d) If the West keeps pushing harder, will Russia and China still say that they will not form an alliance? Is the enemy of our friend necessarily our enemy? In other words, if Russia is the enemy of the US, must it be an enemy of Europe?

e) We need to build Europe’s own security architecture, because if we don’t ease relations with Russia, there will be no peace on the continent.

f) I asked the Americans to swap Russia and Canada.

g) Ultimately, the world will revolve around two poles: America and China, and Europe will have to choose between these two.

h) But there is a way out: Only France can reestablish a profoundly European civilization.

In the midst of a war in which Western hegemony of the world order is on the line, the leaking of Macron’s candid thought must have been highly disruptive. But now the chips in real life are falling approximate to the general drift of Macron’s thoughts.

The Congressional elections have not left Biden like a wounded stag, nor brimming with over confidence. The voters have nicely put him in his place. From now till November 2024, the electorate has given him a cluttered domestic agenda.

How far towards negotiations Russia, Washington over Ukraine are inclined will be revealed in their respective body language when Anthony Blinken and Sergei Lavrov meet at the G20 Summit in Bali on November 15-16.