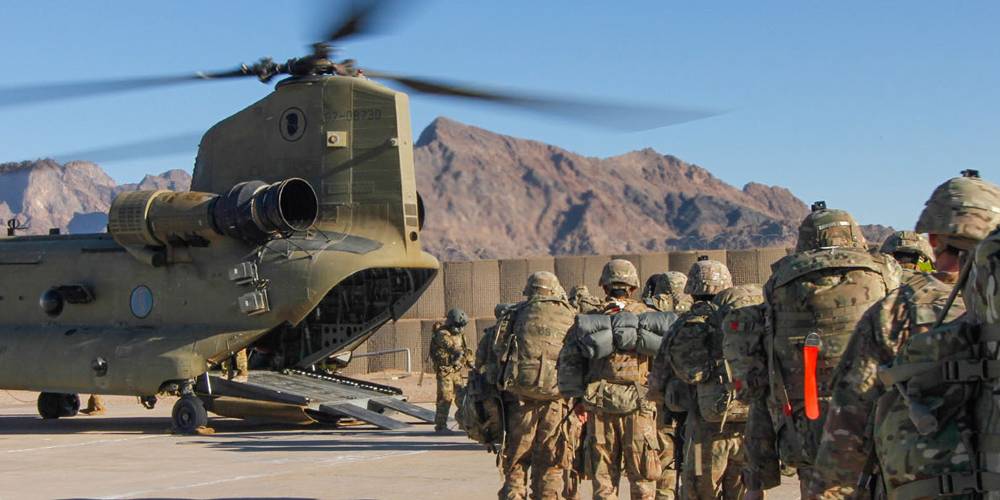 It is exactly a decade since President Barack Obama set the deadline to start withdrawing troops from Afghanistan. Even then, Obama recalled how the 2001 Bonn conference had only “Provisionally” installed Hamid Karzai in Kabul. We all know how long that “provisional” government lasted: 15 years. For Afghanistan, deadlines do not matter.

Are we about to witness Obama’s third term in Foreign Affairs? The question arises because people fear Joe Biden may have inherited some of his previous bosses’ instincts. No sooner had Obama’s intention to withdraw announced than qualifications were introduced: the date of withdrawal is not cast in stone. Reminding us of those days, again there is a deadline – May 1, for withdrawal of the remaining 2,500 troops. True, the deadline was set by the Trump administration. But Zalmay Khalilzad, veteran US diplomat and a Pushtoon to boot is being continued for the time being. Is his earlier recommendation being set aside? Will he be shown the door soon?

Having served four Presidents as Ambassador to Kabul, Baghdad, UN and now trying to bring Taliban, Kabul, Washington on a platform of lasting peace, it is Khalilzad who knows whether or not there is light at the end of this tunnel. But Secretary of State Antony Blinken has, in a letter, revealed a divergent wish for Afghanistan. He may have to replace Ashraf Ghani with someone who the Taliban may be less averse to. This, Khalilzad may not like. Soon Biden will learn that two swords cannot be kept in the Afghan scabbard.

Americans are faced with an impossible task. They do not wish to be seen to be installing a Talib Emirate in Kabul. If identified with such action they may never look like harbingers of democracy, part of their manifest destiny. There is advantage in striking the modernist stance. They will look loyal to Ghani, whom they installed twice over, by hook or by crook even though Ghani had, in reality not won the elections. His school education in Oregon and his “loyalties” at the World Bank, clearly helped. The 1978 Saur revolution ended 200 years of Durrani rule. Ghilzai, proletariat Pushtoons came to power and they will not let power slip from their hands. Ghani is a Ghilzai but Talibs see him as an American stooge, like the Durranis of yore.

“Democracy” particularly during the “sole superpower” moment was the cover for advancing American strategic and economic interests. To continue playing that sort of hand requires unbridled power. It vanished for a range of reasons but in popular perception worldwide what stayed were US brutalities in Iraq, Syria, Libya. The image of America as a destructive power gained ground.

When Donald Trump sought Jimmy Carter’s advice on what to do because “China is going ahead of US”, Carter’s response was sobering: “China has not been in a conflict since the 1979 war with Vietnam.” Carter added: “We have never stopped being at war.”

A realization of decline may yet set the US on the path to recovery but in Afghanistan, as elsewhere, a certain fear lurks: a touch of Obama in Biden’s make up. Gen. Lloyd Austin elevated as Defence Secretary, for example, was during Obama years responsible for the entire project of training Syrian “rebels” to fight Assad’s forces.

He did not endear himself to the Senate Armed Services Select Committee who asked him tough questions: what happened to the men he had trained? His answer was “three or four men are still fighting.” The remainder walked away with the equipment and joined the Jabhat al Nusra, the terrorist group. Google for a clip of the classic Senate hearing. This $500 million project was then discontinued. Obviously, Syria for Gen. Austin is “incomplete” business. Little wonder, the administration’s first military action were air strikes on Syria albeit on Iranian supplies to bolster Assad.

The fact that the May 1 deadline for the withdrawal of the remaining 2,500 troops has already been changed to some future date, points to the uncertainties ahead. Austin has vast field experience in Afghanistan. His “ears-to-ground” inputs will therefore influence Afghan policy.

It is nice that the US is including India in the Afghan initiative. But on the Afghan process Pakistan’s centrality has been spelt out by everybody, including Austin. What pleases New Delhi is Austin’s qualifier: Pakistan has not completely put an end to all its terror outfits.

India being included in the Process, significantly moved from Qatar to Turkey, has to be seen in perspective. Pakistan has excellent relations with Turkey, plus, there is universal acceptance of Pakistan’s importance in the process. New Delhi has an opportunity to balance issues. This, ironically, is also where New Delhi may be seen to be placing the odd spanner in the works.

After travelling extensively in Afghanistan some years ago, I had written a paper for the Observer Research Foundation in which I had praised India’s low key diplomacy. This diplomacy had the effect of conferring on India heaps of goodwill among the Afghan people.

A country which has known conflict for 40 years found India’s, non lethal, soft-touch soothing. Schools, hospitals, technical training institutes, hospitality to the injured by flying them to Indian hospitals – all of this found way to Afghan hearts. Visit parts of Hauz Rani opposite Max hospital in Saket, and you have Afghan eating houses complete with Chapli Kebabs, giant size naans, and travel agents offering amazing rates for Delhi-Kabul-Delhi journey. Above all is the magic of Bollywood: India’s most effective soft power. After evening prayers, every house in Kabul is watching an Indian movie. Whatever role Americans assign New Delhi, nothing can compare with the effectiveness of India’s “Diplomacy by Default”. Remember, in 2011, General Stanley McChrystal, US Force Commander, had openly complained that India’s soft diplomacy distracts Pakistan from being constructive in Afghanistan. Who knows, Gen. Qamar Javed Bajwa-Imran Khan duet may be inclined not to complain on that count.

(Photo Courtesy: US Department of Defense)