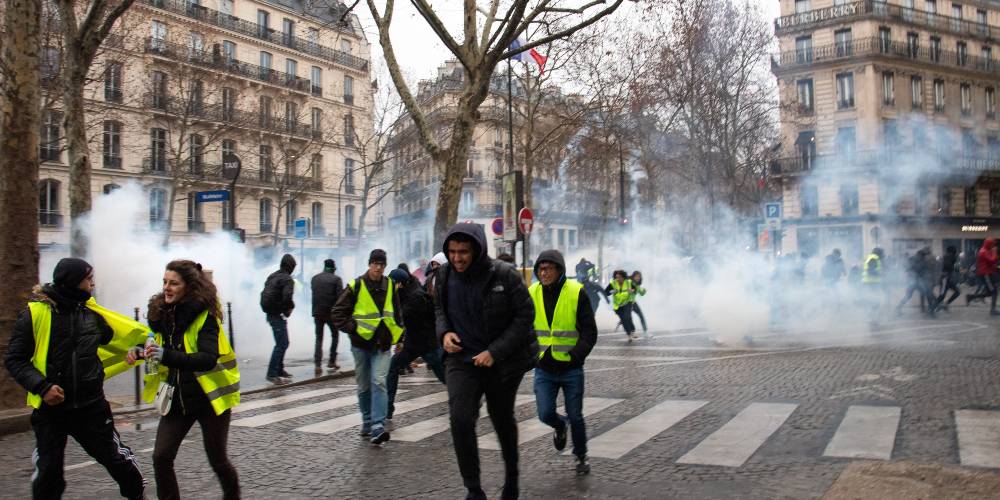 Yellow vests in Paris, Brexit in Britain, Trump in the US, George Soros and Steve Bannon vying for the soul of Europe, Turkey embroiled in the Kurdish enclaves in Syria, Crown Prince Mohammad bin Salman in post Khashoggi free fall, corruption allegations enveloping Netanyahu: In the midst of these global wind storms, cyclones, tornadoes is the calm centre which I visited last week. It is four hours flight away from New Delhi – indeed most major Indian cities – Qatar or, to be more precise, Doha, the capital, where 80 percent of the population lives.

For this reason, among others, traffic is a nightmare at peak hours. Bumper to bumper, Jaguars, Mercedes, BMWs, Land Rovers, Lexus – luxurious means of transport all static exhibits of high end automobiles in Doha’s traffic jams.

This is the price which the 300,000 Qataris, 700,000 Indians and a host of others who make up Qatar’s total population of nearly three million (mostly expatriates from countries as diverse as Sri Lanka, Ukraine and Georgia) have agreed to pay. With a little more inconvenience until 2022, the FIFA World Cup promises to shower incalculable windfalls on the country. Its GDP of 167.60 billion makes it the world’s richest country by World Bank calculations. Frenetic activity to build nine air conditioned football stadiums and all the infrastructure, roads, hotels and, to ease the traffic, an elaborate underground metro system are possible only when a country so small is insulated from upheavals endemic in the world all around. It is almost unreal.

In a strife ridden neighbourhood Qatar exceptionalism invites jealousy. The May-June 2017 closing of Saudi land border leads to a catastrophic situation. UAE, Saudi Arabia, Egypt and Jordan sever diplomatic relation, shut down the Al Jazeera channel, impose land, sea and air embargo. But the coordinated effort to bring Qatar to its heels boomerangs on the conspirators. With Metternich like diplomatic finesse, the Emir, Sheikh Tamim Al Thani (advised by his father) wove a formidable coalition. Just in case Saudi’s thought of a military adventure, Turkish troops in brigade strength had taken pre emptive positions in Qatar.

The line being enunciated by the strategic community in the US, Israel and Saudi Arabia is straightforward: the Shia-Sunni faultline in the Arab world will subsume the Palestinian issue. This is anathema to the Qatari rulers. A Sheikh with direct access to the palace minced no words: “There are two taboos in Qatar – never speak about intra tribe conflicts and total silence on Shia-Sunni identities. “ In the Emir’s framework, “We are all Qataris – period.” So firmly has this line been pursued that it is impossible to know whether Shias are five or fifteen percent of the population? In a country as rich as Qatar, the top three or four businessmen are Shias.

Broad spread of Wahabism in the GCC countries has been tempered with strands of Sunni belief, a fact which gives Qatar access to activists of the Akhwan ul Muslimeen or the Muslim Brotherhood which holds sway over Hamas in Gaza.

Brothers must be ruing the day they appointed the inept Mohamed Morsi as the President of Egypt after the overthrow of Hosni Mubarak. For that one year of Morsi’s rule, there was a coherent Muslim Brotherhood ring from Egypt, Qatar, Turkey to Hamas.

Hamas meanwhile had support from another formidable axis – Iran, Hezbollah, Syria. The paradox was that the Muslim Brotherhood and the Ayatullahs in Iran representing two antithetical interpretations of Islam converged on the Palestinian cause. This was cause for alarm for Tel Aviv as well as Riyadh, the latter because the Brothers, like the Ayatullahs, are opposed to monarchies and wahabism. Little wonder the late King Abdullah turned up in Cairo with $8 billion to help Abdel Fattah el-Sisi stabilize himself after Morsi’s ouster. It was important to remove Egypt, a key link in the Brotherhood chain, for a simple reason. A similar effort to breach the Iran led axis, by bringing about a regime change in Syria, had come a cropper despite persistent efforts since 2011.

Egypt, the largest Sunni country having been neutralized, the idea of digging deep along the Shia-Sunni faultline received a determined push from Crown Prince Mohammad bin Salman. Much to his irritation, his cousins in Qatar were, with great suppleness, as comfortable with the Brothers in Hamas as they were with Iranian support for the same cause.

The closer MBS gets to Israeli positions in the region, the more do the Qatar Emirs tap into their generosity towards the battered economy of Gaza. This goes down well even in today’s relatively desensitized Arab Street. Gaza civil servants were saved from abject penury when the Qataris picked up the entire salary bill for last month. More is in the pipeline.

Earlier, US sent $840 million to Hamas annually. But an essential part of Trumpism is to invite regional players to chip in for problems in their neighbourhood. The President’s son-in-law, Jarred Kushner’s recent talk of “Palestinian misery” is designed to invite the oil-rich Sheikhdoms to loosen their purse strings. By harping on this narrative, the Palestinian Authority is, by implication suggesting that Qatari generosity towards Gaza is at Washington and Israel’s bidding. If true, this more or less confirms the thesis popular in Doha and Ankara since the mid-90s: Turkey under Tayyip Erdogan’s three terms pursued a policy of zero conflict with neighbours and major powers. Likewise, Doha maintained excellent relations all around. In fact it was at American behest that Qatar opened an office for the Taleban in Doha as a channel for dialogue.

The genesis of the Saudi-Qatar bitterness is old, cavernous family feuds. But the recent reckless escalation by MBS is a function of his own irritation at the mess he has landed himself in Syria and Yemen. In these circumstances Qatar’s excellent relations with Iran stand in the way of MBS, Netanyahu, Kushner’s promotion of a Shia-Sunni faultline.

Who knows by 2022 when the universe will be riveted on the FIFA world cup, Khashoggi, like Banquo’s ghost, will continue to menace MBS, possibly to the bitter end.