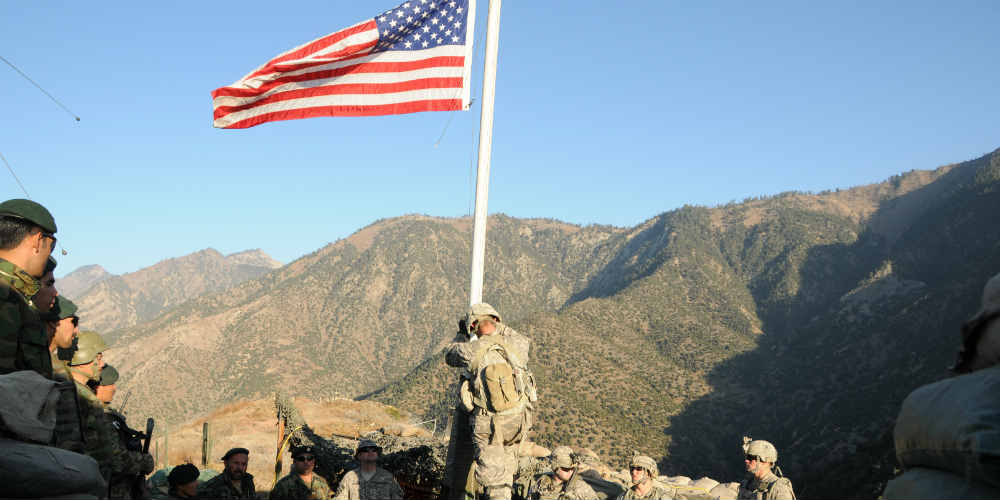 Two parallel peace processes on Afghanistan are underway. In Doha, Zalmay Khalilzad, US Special Representative for Afghanistan has held extensive round of talks with Taliban leaders, spread over several days last month. The authorship of this process is, quite jealously, America’s. But on February 5 and 6, Taliban and other Afghan political groups also met in Moscow. A roadmap for the future, titled the Moscow Declaration was announced. Among its nine points is one which also suggests coordination with the Doha process – there is no jealous guarding of ownership of the peace process here. Anyone interested in Peace is the joint author. The Declaration was immediately rubbished by the Presidential Palace in Kabul. “Moscow declaration will not have impact on the peace process in Afghanistan” said palace spokesman, Haroon Chakhansuri.

There are, meanwhile, doubts in many capitals on whether the US is truly contemplating total withdrawal. To some extent these doubts are a function of Trump’s confusing statements and tweets. Take his recent statement in Iraq. His troops in Iraq will enable him “to keep a check on Iran”, something way outside the US-Iraq agreement. In Afghanistan too, while Khalilzad is ploughing the furrow promising one kind of crop, his President makes a totally confusing statement. Trump says he will leave behind in Afghanistan “intelligence elements”. How many?

I have Russian estimates of five years ago. They may have changed, but in those days the Russians were convinced of 30 US bases in Afghanistan.

Of these, the ones at Bagram, Jalalabad, Kandahar, Helmand, Shindand (Herat) and Mazar-e-Sharif were, by the sheer volume of masonry and architecture, not temporary. These bases will remain. Are we then talking about a qualified departure?

If the US is actually planning departure, why would it build a consulate in the heart of Mazar-e-Sharif on a scale which would dwarf large embassies? Renaissance is the only reasonable hotel in Mazar-e-Sharif.

After Obama announced in a speech delivered on December 1, 2009 US intention to leave Afghanistan in July 2011, I had argued in a paper for the Observer Research Foundation that Americans can simply not leave Afghanistan. I have been proved right so far. And now once again the “We are leaving” story has been let loose. True, this time the circumstances are different, but let us take a look.

Last July, Zalmay Khalilzad, and Morgulov Igor Vladimirovich, Russia’s Deputy Minister for Foreign Affairs, (who was behind the scene in the Intra-Afghan dialogue in Moscow on February 5 and 6) attend a high power meet in New Delhi on Regional Issues.

In a more cooperative world order, one would have expected the representatives of the US and Russia to exchange notes on Afghanistan. What transpired was to the contrary. Vladimirovich made an allegation that startled the gathering. “ISIS fighters were being flown to Northern Afghanistan” from Syria. The Afghan air space is under the control of the US and the government in Kabul. “So, who is responsible?” Khalilzad offered a tepid denial. The denial lacked credibility because the Russian allegation had been preceded by another made by Iran’s supreme leader, Ayatullah Khamenei. In the course of his Friday address in January 30, 2018. Khamenei said, “The US transfer of IS terrorists to Afghanistan is aimed at creating a justification for its (US’s) continued presence in the region.”

In countries surrounding Afghanistan doubts about American intentions may be more muted but are quite as strong. It is deeply ironical that Jehadism, terrorism and Islamism manufactured in Afghanistan to fight the Soviets in the 80s, may be returning to complete the circle. Indeed, there is a certain inevitability about Islamic Militancy becoming a tool of American foreign policy. The triangular romance between Washington, Tel Aviv and Riyadh will ensure this state of affairs for as long as this romance lasts.

Let me explain the inevitability. When Animal Rights groups forced the famous annual fox hunt to stop in South India’s most Anglaise hill station, Ooty, I expressed my curiosity to the master of the Hunt: “What have you done to the hundreds of hounds of high pedigree trained diligently for the Hunt.” The lovely canines had been transferred to an expensive kennel from where dog lovers could acquire them.

So now we know what to do with redundant foxhounds of high pedigree. But what does a state like Saudi Arabia do with spare Islamic militants who have been heavily equipped and trained to kill at the cost of billions? They can only be relocated to newer theatres of conflict like Afghanistan. From here they can plague all the countries the US wishes to destabilize – Xinxiang in China, the Caucasus in Russia, Iran and Pakistan too if it does not behave according to the US diktat.

To make confusion worse confounded, Erik Prince, founder of the world’s biggest mercenary military company, which has mutated from Blackwater to Academi and Triple Canopy, is back in Afghanistan floating the idea of US troops to be replaced by Prince’s mercenary army. His plan that Afghanistan be administered by a “Viceroy” was shot down by National Security Adviser H.R. McMaster and Defence Secretary James Mattis. After the two were shown the door, Prince has been all over Afghanistan again in and Khalilzad’s notice. The only person who has refused to meet him in Kabul is President Ghani.