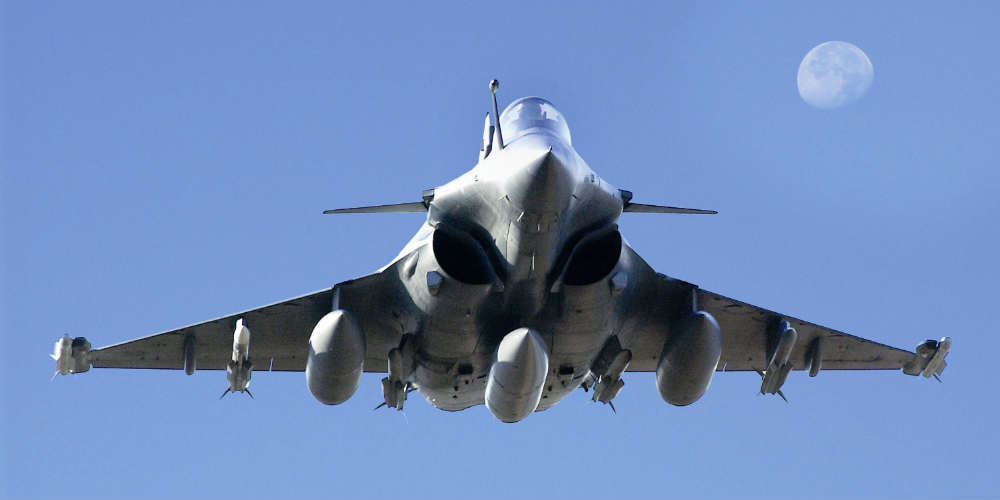 In an extraordinary move the manufacturers of Rafale, Dassault Aviation, has notified its commitment to the Indian government’s ‘Make in India’ initiative in its July 19, 2018 Financial Release. The reporting by Eric Trappier, CEO of Dassault Aviation, states that the defence manufacturer would “make the start of the ‘Make in India’ industrial line successful, from the production of the very first parts.” He goes on to announce that fulfilment of the Rafale contract with India is one of the most important objectives for the company in 2018 and beyond – “’Make in India’ shall be our priority with ambitious goals”.

The company’s profits are set to soar after the contract with India because as Trappier says in the financial outlook report “Indian needs for combat aircraft are material.” The company has a clear understanding that India needs 110 aircraft for its Air Force and 57 aircraft for the Navy.

Therefore, as Trappier admits, “the ‘Make in India’ success is a priority.” Perhaps, it is the first time that a foreign defence manufacturer has made ‘Make in India’ a key publicly stated priority of its business plans.

If this is the case then the question of why and whether the Euro 7.8 billon Rafale deal has a secrecy clause becomes a very pertinent and troublesome question.

In fact, the secrecy clause (if there is one) should be a matter of debate in the public sphere because one of the key outcomes of Rafale contract between India and France is the creation of a joint venture in the private sector between Dassault Aviation and Reliance. This private entity is expected to successfully operationalise Dassault Aviation’s ‘Make in India’ business plans, in turn generating revenues for its joint venture partner, Reliance.

Here is how Dassault Aviation describes the opportunity created by the apparently secretive fighter aircraft deal signed by India and France: “In this context, the civil and military aeronautical activities of the Dassault Reliance Aerospace Limited Joint Venture (JV DRAL), created in 2017, should enable us to meet our offsets commitments provided for in the contract signed to supply 36 Rafale, to build the foundations to reach our commercial goals with India, and to improve our competitiveness in manufacturing Falcon 2000 parts in India. JV DRAL industrial operations were launched in April 2018 in the presence of Loïk Segalen, Chief Operating Officer of Dassault Aviation, and Suresh Kakani, Vice Chairman & Managing Director of the supervisory authority for the development of the free zone where JV DRAL is located. We have also continued to establish a production line in India with the implementation of a local supply chain for pylons, drums, primary parts and engineering.“

“The ramp-up will take place gradually according to a milestoned industrial plan to ensure the performance of JV DRAL at each stage of the transfer. We have also launched the construction of the initial infrastructure and have begun to recruit and train Indian employees. The first Falcon 2000 subassemblies are expected to come out of production in 2018. When the Dassault Aviation Executive Committee meeting was held in New Delhi in April 2018, the Directors and Chief Executives of the company went to India to acknowledge the development of JV DRAL and reaffirm Dassault Aviation’s commitment to ‘Make in India’.”

The Rafale deal has energised the aviation industry in France. In April 2018, a delegation of the French Aerospace Industries Association, GIFAS, led by Eric Trappier, who is also Chairman of GIFAS, visited India. Trappier’s report says that this visit “also gave a large delegation of French industry leaders the opportunity to go to Nagpur to interact with the JV DRAL management team and promote the development of partnerships between Indian and French Supply Chains.”

Clearly, the stakes are high and complicated in India and France. A government to government contract has led to private sector beneficiaries and the manner in which this happened has been out of the purview of Indian tax payers’.

The Indian tax payers’ have funded the Rafale deal. The government has executed the deal on behalf of the Indian citizens’ to strengthen India’s national security. Bolstering the capabilities of the Indian defence forces is an objective every Indian citizen unquestioningly supports.

Therefore, its legitimate to ask and understand the need for hidden clauses within the Rafale contract.

Why so much Kolaveri Di over this question?