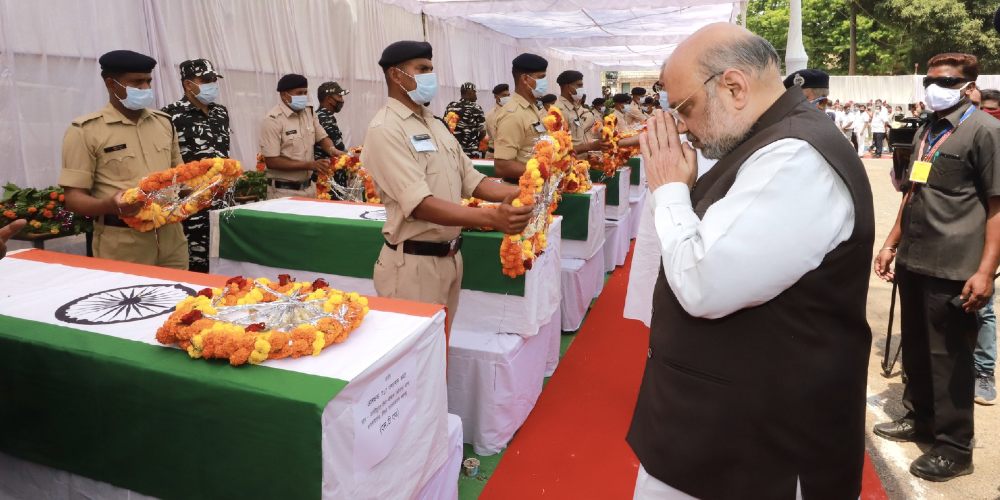 Why can’t the violence of the armed groups comprising the People’s Liberation Guerilla Army be stopped effectively, forever? Any effort to answer this question requires a transparent calling out of the elephant in the room. Let’s call it out today – willful political disregard to empower good governance at the last mile continues to allow Maoist violence to thrive. Bad governance, deep embedded corruption, lack of empathy for the poor, disadvantaged communities living on the margins have been exploited by the Maoists to project themselves as the true representatives of these communities.

India’s political parties, it’s Establishment, the power holders must urgently get vested in addressing this strategic question. The retreat of the Indian State at the last mile must be addressed unapologetically. Why has the Indian administrative set up, it’s law enforcement set up failed to win over the hearts and minds of the communities that find it difficult to safely and securely reject the Maoists, who exploit them for their sustenance.

The ire of the forces on the ground, driven by the loss of their colleagues, will ensure that local communities live under fear. And when the Maoists return in the dark after the dust has settled, when no one is watching, they will feed on the anxieties of the poor, voiceless folks with their propaganda of how the ‘Sarkar’ is so brutal and oppressive.

The pattern is so agonizingly similar – another Maoist attack; high death count; muscular political pledges to respond at an appropriate time; civilian outrage and shock flooding all forms of media. Yes, the pattern is now beyond fatigue levels – another cycle of condemnation; another cycle of some enquiry on what went wrong; another announcement of new SOPs.

The only way to break this vicious cycle of violence is to break the ‘legitimacy’ that the Maoists have acquired in eyes of the hapless, underprivileged, impoverished citizens across large swathes of land rich in forests resources and minerals.

If not now, then, when should we ask searching questions. In these forests and mineral resource rich regions of India, where an exploitative armed group is engaged in a bloody duel with India’s paramilitary and police forces, extractive industries thrive and the local population continue to live in poverty. What are the MLA’s, MP’s and local administration officials doing in getting the development agenda reach the last mile? Why is it so easy for PGLA to exercise its control and masquerade as the voice of poor citizens. It is time for this charade to end. It is convenient to go after alleged over-ground sympathizers of PGLA with zero outcomes to showcase.

To unlock solutions India’s political and security strategists could begin by acknowledging the retreat of an effective, caring State in areas where Maoists have acquired legitimacy by wielding the gun on one hand and sweet-talk on the other. The second (not necessarily sequentially linear) step is to delegitimize the Maoists by squeezing out corruption in the administration of development funds, grants and expenditure. Every small and big act of Good Governance, every day, will expose the Maoists for who and what they are – an extortionist, exploitative, violent extremist organization.