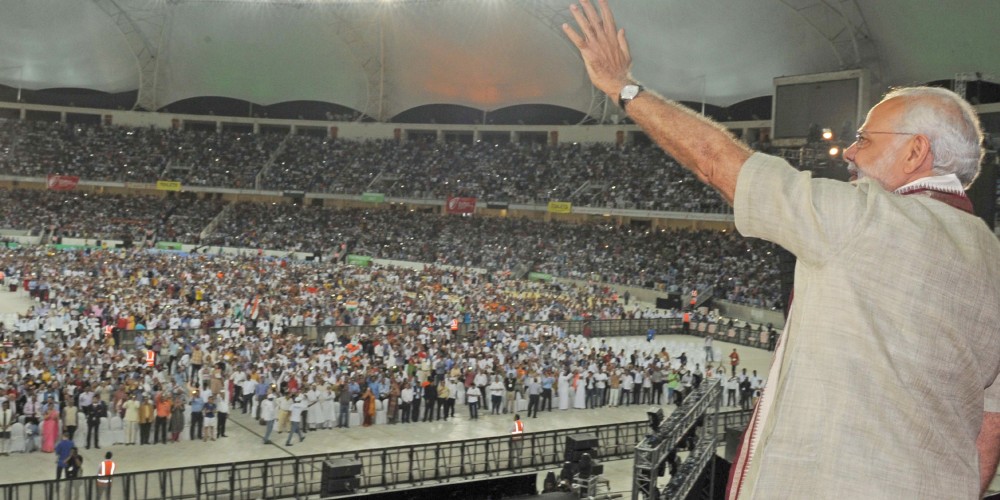 The ill-informed comments by your party spokespersons have destabilized your foreign policy initiatives in West Asia. When you addressed large gatherings of Indian diaspora in the Gulf countries, you projected India’s voice and reputation as a robust Constitutional Democracy.

You have captivated and engaged the Indian diaspora in West Asia showcasing the multi-cultural civilizational heritage of 130 crore Indians. You have successfully channelized, congregated, and converged the voice of an emergent economic powerhouse on the global stage.

However, if you do not rein in the religious extremists and radical elements in your party, which your government officially described as “fringe elements”, the gains you have made as the leading global advocate of democracy from the Global South will fritter away.

Mr. Prime Minister, you said three years ago that “our Constitution is a rich and extensive social document that encapsulates the dreams our freedom fighters had for the nation.” The Constitution guarantees fundamental freedoms to you and me and all the citizens of India.

We are living through a major global power transition. The United States (US) remains the most powerful country in economic and military terms. By 2050, it is predicted that China and India alone will account for 41% of the global economy (even if their per capita income levels will remain below those of wealthy Western states), and China will have passed the US in defence spending.

However, China will never be able to attain global prominence for constitutional and human rights values. Both India and China will be global economic and military superpowers, however, there will be one crucial difference. India will have higher global influence and reputation through the deployment of its soft and hard powers from its diverse culture, films, languages, literature, intellectual capital, and pre-eminent emphasis on Constitutional values.

As democracies weaken across the world, you can become a champion global advocate of democracy, fundamental freedoms, and citizen power. Prime Minister Narendra Modi, you are re-positioning India on the global and regional map. In this re-positioning there is a tremendous opportunity for you and your government to become a global leader advocating democratic values at home and abroad. Your voice can be a strong voice from Global South. With India poised to play a powerful and influential role in international relations at the sub-regional, regional, and global levels, you can hold countries in the Global North (who have used human rights as a tool of foreign policy) accountable.

India’s global leadership on promoting democracy in Asia can bring new synergistic investment energies to tackle the many grave challenges she faces. To make this happen, you will have to tell your party and its members and supporters that unbridled display of communal hate, anger and pursuit of violence will eventually diminish your tremendous political success and legacy.

Amongst the emerging economic powers such as Brazil, Indonesia, Mexico, South Korea, and Turkey, only India has the singular opportunity to make a global impact by relying on its Constitutional values to address its complex societal and development challenges.

Only India can shape, re-shape and protect its neighborhood by truly deepening its democracy, thereby, embedding it in its civilizational and cultural zone of influence. Sir, you are aware that this can unleash new synergistic investment energies to tackle the many grave challenges we face. The “Made in India” brand needs investment – national and international. It can create jobs, foster the transfer of technology and know-how, and bring valuable products and services to people.

In democracies (unlike in non-democratic environments), investors like to invest in countries that are internally stable and peaceful, wherein their investments will grow. So how can investment be supported, facilitated, promoted, and protected in a manner that protects and respects rights of all citizens?

Prime Minister Narendra Modi, as you prepare for the 2024 General Elections and seek to be voted to power for the third time, may I suggest as a citizen of India four propositions for you to mull over.

Proposition 1: Ensuring accountability – A world in which governments and other actors are held accountable for human rights violations. This can give India a unique position to question, challenge the human rights record of countries in the Global North – USA, UK, France and other countries in Europe through diplomatic and non-diplomatic channels.

Proposition 2: Responding to crisis – A world in which people are protected during crisis. ‘Mission Sagar’ launched by your government is a fabulous example of how India assumes the role of a prominent first mover. India’s soft and hard power has tremendous pull – from West Asia to Africa to South and South-East Asia.

Proposition 3: Exercising fundamental freedoms – An India in which all citizens know their human rights and can claim them. Fundamental Freedoms are mentioned in Chapter III of the Indian Constitution and can become the basis for India’s global positioning.

Proposition 4: Securing rights for all – A country in which rights are enjoyed equally. This can give India a prominent position in the world as compared to other democracies.

Countries in the Global North like USA and UK have steadily eroded their moral authority to push for human rights. The stories and images of police brutality in USA and growing attacks on migrants in Europe, are couple of examples where the West has lost their legitimacy to advocate for human rights in other parts of the world. A loss in legitimacy for one is an opportunity for leadership to another. Herein, lies the greatest opportunity for you, Prime Minister Narendra Modi, to emerge as a champion advocate of human rights on the global stage.

To make this happen, you will have to rein in violent, fanatical and fringe elements in your party. You will also have to find innovative ways – institutional, legal, political, and societal – to address India’s human rights record so that nobody accuses us of hypocrisy. In South Asia, countries are reeling in conflict. In Afghanistan, millions of civilians suffer from the consequences of the Taliban takeover. In Sri Lanka, the government continues to repress protests over misgovernance and basic freedoms, especially the freedom of speech, while continuing to fail victims of the gruesome civil war. In Pakistan and Bangladesh, large sections of Hindu minorities live in fear. In turn, these countries and the international media have highlighted how religious minorities in India feel threatened by your party cadres and how the wheels of justice have moved rather slowly in providing judicial access and remedy to hate-crime victims belonging to minority communities.

Sir, you have an opportunity to turn the tables by shifting the lens to advocate human rights issues in India and globally, highlight India’s voice and build its global relevance and credibility. As an Indian, this is the real meaning of India First for me.

A Citizen of India