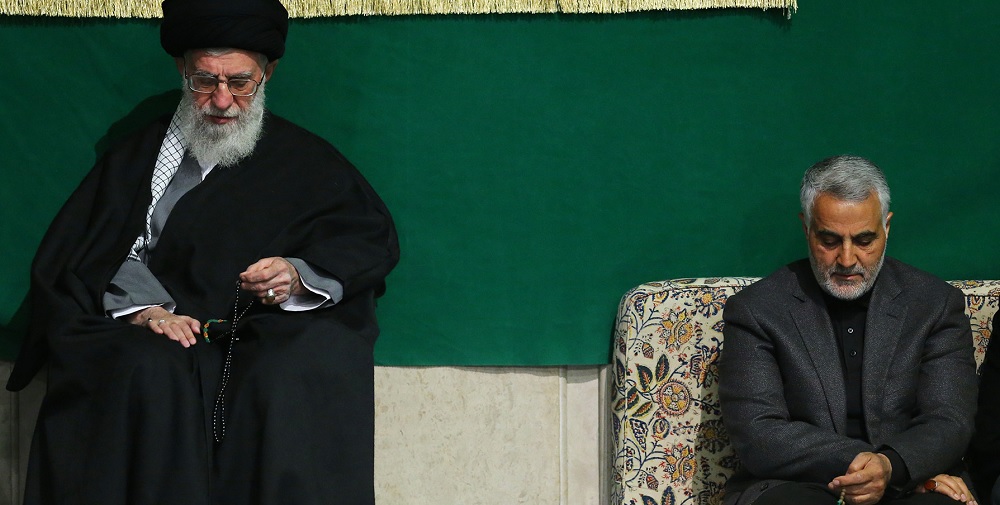 The assassination of Major General Qassem Soleimani by US airstrikes in Iraq brings West Asia nearer the precipice. By this action, President Trump, who cannot get out of Afghanistan, has got himself deeper into the West Asian Quagmire. Americans know power and strategy. They don’t understand a quantity called the people. This gap in their make up has been their undoing in every outing since Vietnam.

Soleimani was the author of growing Iranian influence in the region – Iraq, Syria, Lebanon and Yemen. In Iraq, he was supported by Hashd al Shaabi and Kataib Hezbullah. Their leaders were iconic figures too. Soleimani was a regional hero in not only helping defeat Daesh (ISIS), Al Qaeda and Jabhat al Nusra, but also placing the US, Israeli, Saudi combine on the defensive. He did this by building local forces in all the countries under his influence. He had paid special attention to Iraq, particularly after the appearance of the Islamic State in Mosul in 2014, from where it began to hurtle down towards Baghdad with the explicit purpose of affecting regime change in the Iraqi capital. This, in effect, meant the removal of Prime Minister, Nouri al Maliki whom the Americans labeled as a “fundamentalist” who was augmenting Shia influence in Iraq at the expense of Sunnis who, though a minority, wielded great influence as Saddam Hussain’s Ba’athist Revolutionary Guards, Army, Intelligence and bureaucracy.

After the occupation of Iraq by the US in April 2003, a section of the Americans toyed with the idea of pampering the Ba’athists into supporting the occupation. But Iraqi “operators” (call them leaders if you must) like Ahmed Chalabi, close to the Dick Cheney-Donald Rumsfeld, neo cons, persuaded them to another course – that of disbanding the Ba’athist structure lock-stock-barrel. This was honeyed music to the clergy in Najaf. Chalabi became extremely close to the group around Grand Ayatollah Ali Sistani. Please note, Cheney’s advisers becoming the eyes and ears of the Najaf clergy.

The first US representative, Paul Bremer became the succour who removed every Ba’athist from every nook and corner of the administration. The result was unspeakable chaos which neither the Americans nor the weak governments in Baghdad have been able to control to this day.

Many of the Iraqi Ba’athists moved to Syria where their Ba’athist cousins welcomed them. The CIA not only sought them out but also nursed them. When Nouri al Maliki flexed his muscles and refused to sign the Status of Forces Agreement in 2011, the US sulked out. Iraqi Ba’athists in Syria, looking for work and plotting plots, came in handy as the backbone of what came to be known as the Islamic State.

How does an outfit, which hides in trenches, war ravaged houses, produce a smart news website called Amaq. It frequently produces a glossy magazine too. A terror group, on the run, with such facilities at its command?

Hints on Daesh’s origins have been available from the very beginning. When it hurtled towards Baghdad in convoys of brand new Humvees, its soldiers in new uniforms, helpers in Nike shoes, every Arab ambassador, except for those representing the GCC Sheikhdoms, was on record that Daesh was an American creation. When CNN’s Christiane Amanpour asked Russian Foreign Minister Sergey Lavrov if he suspected the US hand in the terrorism till, he answered in the affirmative. President Barack Obama, in the course of a 2014 interview with the New York Time’s Thomas Friedman, all but accepted that Daesh was an asset. Asked why he did not bomb Daesh when it first reared its head in Mosul, Obama replied that immediate air strikes would have taken the pressure off Nouri al Maliki. In other words, the Daesh was not bombed out of existence, because it was required to exert pressure on the Shia Prime Ministers whom the US hated.

Why, Trump himself told CNN’s Jake Tapper that he was convinced that Obama and Hillary Clinton had been responsible for wasting millions of dollars in helping set up terror groups in Syria and Iraq. I can never forget the face of Defence Secretary Ashton Carter, in a distinctly lower mould, virtually in tears while being grilled by the Senate Foreign Affairs Committee on the state of play in Syria. Carter admitted that a $500 million dollar project to train militants had been withdrawn because those trained had passed on lethal equipment to other militants and left for heaven knows where.

Iran’s Supreme Leader, Ayatollah Ali Khamenei’s allegation cannot be easily dismissed: the US was taking revenge against Iraqi militia Hashd al Shaabi “because they played a key role in defeating Daesh”. Khamenei has consistently maintained that the US had “created and nurtured Daesh”.

Indeed, Khamenei told a Friday prayer congregation in Tehran in 2018 that Daesh groups were being flown to northern Afghanistan. Earlier that month Russian Deputy Minister of Foreign Affairs Morgulov Igor Vladimirovich told a high powered seminar in New Delhi that militants were being flown from Syria to Afghanistan. “Only Americans and the Afghan government controls the country’s air space”, he said rhetorically.

Iraq is something of an obsession with the US establishment because it has not been able to extract advantage consistent with nearly 15 year old occupation and investment in blood and treasure.

Matters have been building upto a crescendo eversince the Iraqis opened the land route to Syria which gives Iran a clear passage via Iraq to Syria and Lebanon. This adds to the way an officer like Soleimani was able to turn the tables on Washington, Tel Aviv, Riyadh who thought the Shia-Sunni faultline would work to their advantage. Quite the opposite has happened.

Déjà vu – some would say. On December 17, 1998 President Clinton had launched attacks on Iraq. That impeachment vote was delayed. Are Trump’s circumstances similar?

American air strikes against bases of Iraqi militias invited a peoples’ invasion of the US embassy. What will be the retaliation to Soleimani’s murder? Only time will tell.