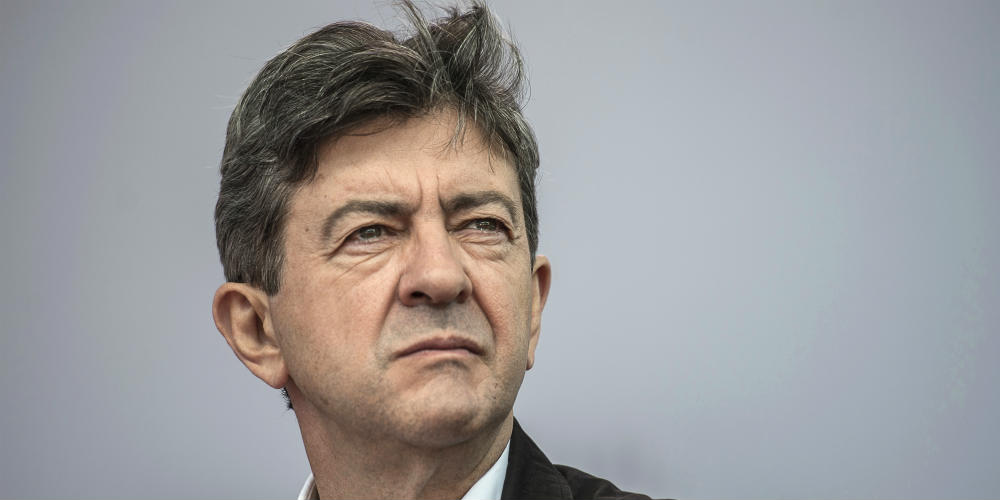 Imagination conjures up sounds of the organ as I stand in the shadow of that brooding architectural wonder. It feels like I am at a service for the repose of the dead.

I am brought back suddenly, as in an abrupt Bunuel sequence, by a bearded, kindly looking receptionist, directing me almost in slow motion, towards the elevator to the fifth floor where Laurent Perea, from the International Department of the French Communist Party, a tall, burly man, ushers me into a room, which overlooks a terrace with puddles and bird dropping and torn awnings.

Intimations of mortality are not in the DNA of political parties – unlike, human beings. When the great Brazilian architect, Oscar Niemeyer, builder of Brasilia, set about diligently building the iconic headquarters of the Communist Party of France, from 1967 to 1981, he was firmly in possession of the party’s self-esteem. The great Georges Marchais was the party General Secretary towards the end of the architectural enterprise. The nine floor giant arc, dominates Place du Colonel Fabien, a legendary figure of French resistance against the Nazis. Nearby, to this day surprisingly, is the Stalingrad square.

Faded associations came alive suddenly when the Left candidate Jean-Luc Melenchon, sprinted so fast on the straight that he found himself among the top four candidates. He was a rank outsider. And yet, 600,000 more votes and he would have been among the two candidates for the crucial run-off. French history could have taken a turn.

Well, the cookie crumbled differently. A 39 year old Emanuel Macron, mostly old wine in a new, opaque bottle, won. He heads a movement, En Marche, March Forward but does not have a party. Come the critical June 10, elections to the 577 member National Assembly, all the defeated parties with residual cadres will rush to help Macron block Marine Le Pen, who does have motivated cadres in the drill for tar right politics.

To use a football image, does Melenchon have to be “marked” in the assembly elections? He is fielding candidates in most of the constituencies. Most people outside France appear not to have registered a cardinal point: French Communist Party is also running helter skelter to field as many candidates as Melenchon.

How have cooperative relations during the Presidential election given way to conflict? There are deep differences in interpreting the mandate. Melenchon believes that the 19.6 per cent vote he received as Presidential candidate, should be credited to him. The party places some of the credit at the door of its cadres.

It is a complicated tussle. Let me explain. There are, for instance, 101 “departments” – a department is greater than a district and smaller than a state.

Laurent Perea, who greeted me on the fifth floor, happens to be the Mayor in Dordogne which has four assembly seats. Melenchon insists his influence in Dordogne is paramount and therefore all four seats must go to him. CPF says they should split two seats each. At this level of bickering, talks between Melenchon and CPF collapsed last week.

The appeal of Melenchon, like that of Pablo Iglesias of Podemos in Spain, comes not from having timidly followed some party discipline but for pitching it audaciously for unambiguous change, within the left framework but innovatively, without being hemmed in by rules.

In the Indian context, if, say Kanhaiya Kumar, former President of the JNU students union, were to break loose from the CPI affiliations, he would have the Pablo Iglesias-Melenchon potential. By universal consent, Melenchon is the best speaker in French public life. Kanhaiya Kumar, likewise, has left even right wing audiences mesmerized by this oratory.

Rather than stride along the straight and narrow, Melenchon projected himself as a friend of the late Hugo Chavez of Venezuela; he incorporates into his rhetoric Cuba, the Bolivarian revolution. While the romance was on, CPF tolerated Melenchon’s Bolivarian flourishes. But today the comrade from Pondicherry, P. Dassardane openly chastises President Maduro’s “dictatorship”. Forgotten are the “machinations of US imperialism” against the Venezuelan revolution.

With this level of hostility between the party and the candidate, even their respective sympathizers are not expecting more than a handful of members in the Assembly.

If Melenchon ends up with respectable double digit figures in the House, it will be to the credit of La France Insoumise or Unbowing France which he launched late last year. The one lakh CPF membership was called into urgent session to consider the critical issue: should CPF support Melenchon? Party Secretary General, Pierre Laurent threw his vote behind Unbowing France. Never did he suspect that it was “Unbowing” Melenchon the party was supporting.

Should Melenchon zoom ahead of the party which once supported him, Pierre Laurent will, from the loneliness of the Secretary General’s room, once occupied by Marchais, contemplate the future of the party and the building.

Sauda describes a voice echoing through the corridors: “Does anyone live here anymore?”