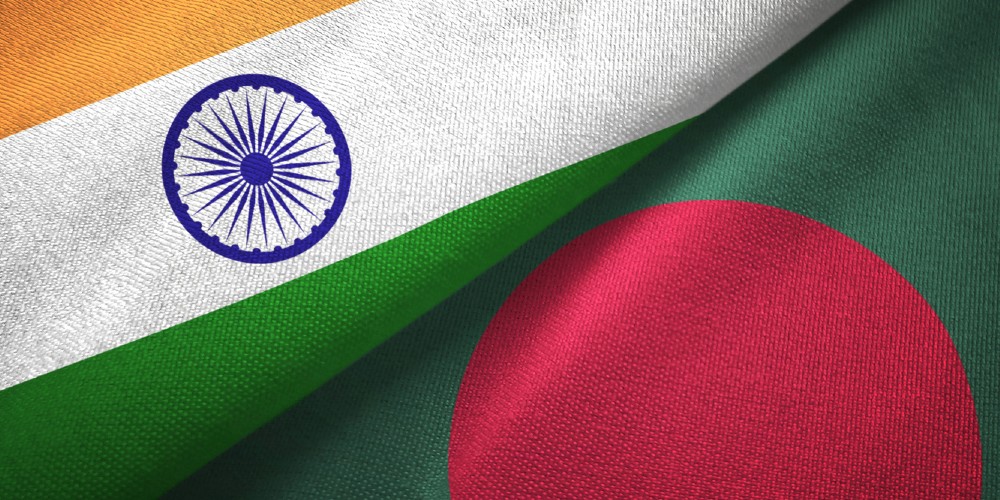 The fireball of hatred rolling in Bangladesh takes my mind back to the birth of that nation. When the war to liberate Bangladesh began, I was required to cover it for The Statesman, where I was a junior reporter. The instruction to proceed for the coverage was a puzzle: I would not go to the Bangladesh front. Instead, I would be chaperoned, along with a host of foreign correspondents, by Major Ram Mohan Rao to Chhamb, in the western sector, scene of a major battle in that war.

Why had I been singled out to cover the western sector? Why was I being denied the main theatre? Was I not being trusted?

It turned out that these were ogres of the mind, conjured up by me. The truth was much more revealing of the Bangladesh reality. The editor, in his wisdom, thought that in Bangladesh I would be mistaken for a Punjabi Muslim and killed.

The other reason was even more convincing. The Statesman was very much a Bengal institution, headquartered in Kolkata. I was in the paper’s New Delhi office, emotionally removed from the Bangladesh operations in which our Kolkata colleagues had a “proprietary” interest. It was, for them, an intra-Bengali affair. Reporters from Kolkata would harmonize much more with the emerging elite, which was wrenching itself away from the Urdu-speaking Punjabis of Pakistan.

Linguistic, cultural identity trumping religious identity was clearly in play even when Indira Gandhi placed Sheikh Hasina in Pranab Mukherjee’s care, virtually as his ward from 1975 to 81 when she escaped a threat to her life.

When Inder Gujral, as Prime Minister, was embarked on an audacious three nation summit (Sheikh Hasina, Nawaz Sharif, Gujral) in Dhaka, I received a surprise call from him: would I accompany him to Dhaka? I read his mind instantly. The contingent accompanying him did not have a single Muslim in a summit involving two full fledged Islamic Republics. A quest for a notional Muslim, it turned out, was a bogus one.

Never in my life have I been more lonesome with my Muslim credentials. My colleagues in the press contingent were suddenly lost to me once they were past immigration in Dhaka. The Chakravartys, Mukherjees, Ghoshals, Basus and one Karlekar (more Bengali than most because of his Bengali mother) merged quite indistinguishably with the Rehmans, Haqs, Mujibs, conversing in Bengali with a vengeance. High decibel sounds of “Ki Khabar, Khub Bhalo, Oray Baba” marginalized me completely.

“Illichh Maachh” was the flavour of the trip and my friend Tarun Basu actually returned with the biggest ice box packed with Hilsa, the world’s tastiest fish but so cluttered with bones that one has to be a born Bengali, from either side of the divide, to eat it without choking.

There is a discernable, sometimes pronounced, schizophrenia about Bangladesh. I experienced it during Prime Minister Morarji Desai’s visit to Dhaka when Zia-ur-Rehman, representing a streak quite different from Sheikh Mujib’s, was in power. New Delhi had complied with Dhaka’s request for food grains but Prakash Shah, Joint Secretary in Morarji’s secretariat, looked in vain for the gesture receiving any notice in the official media. There was a tendency not to be seen clasping India’s hand. In dealing with Sheikh Hasina, for obvious historical reasons, there was always a kind of furtive warmth. But even so, in international relations, particularly with neighbours, the word “obligation”, has a negative fallout. India’s role in 1971 sometimes boomerangs on the relationship.

Sheikh Hasina comes under inexorable pressure when citizenship laws in the contiguous state of Assam are twisted against Muslim migration. She is, after all, a politician, and will always take political steps to manage unsettling events at home. This may involve among a host of steps, accommodating a determined Chinese lobby that much more. So the Citizens issue does not only strain India-Bangladesh ties but it immediately opens up spaces for China.

It is a subcontinental irony that the Chinese influence in the neighbourhood became that much more pronounced after India helped create Bangladesh. Until 1971, a large component of Indian diplomacy consisted in neutralizing Pakistan everywhere. Creation of Bangladesh altered the political geography of the sub continent. India became a large country surrounded by small ones. It is clear as daylight why President Zia-ur-Rehman floated the idea of SAARC. Its political purpose was straightforward: to balance India’s post 1971, enlarged presence in South Asia. Towards this end, each one of the nations bordering India, began to flourish a China card, almost in concert.

When Atal Behari Vajpayee, as External Affairs Minister visited Beijing in 1979, he thought that a thaw in Sino-Indian ties would be a step towards diluting the China card in the pockets of SAARC leaders. The visit ended disastrously. Beijing did not even take the visiting foreign minister into confidence that Vietnam was about to be “taught a lesson”. Under Premiers Rajiv Gandhi, Narasimha Rao and Vajpayee, relations with China cruised and wobbled but never sank to levels prevailing after Narendra Modi brought Ladakh into bold relief having bifurcated Jammu and Kashmir.

Eastern Ladakh, Pakistan, emergence of Taliban in Afghanistan, a spike in targeted killing in Kashmir were all threatening enough. Reports of attacks on Hindu places of worship in Bangladesh are a multiplier to the menacing clouds gathering all around. What is happening is dangerous and sad. Polarizing communities in India for political reasons may have been somewhere near the ignition point and the world knows it.

The pity is that in its culture Bangladesh is quintessentially composite, incorporating many Hindu motifs into its social practices without in any way impairing its Islamic faith. Tagore, the author of Bangladesh’s national anthem, was influenced by the Brahmo Samaj: Gods and Goddesses do not leap out of his writings. But Shiva, Shakti, Tandav, Durga are integral to Qazi Nazrul Islam’s songs, so much an organic part of Bangladesh’s fabric. What is happening is frightening for Bangladesh’s 15 million Hindus and painful to all of us.