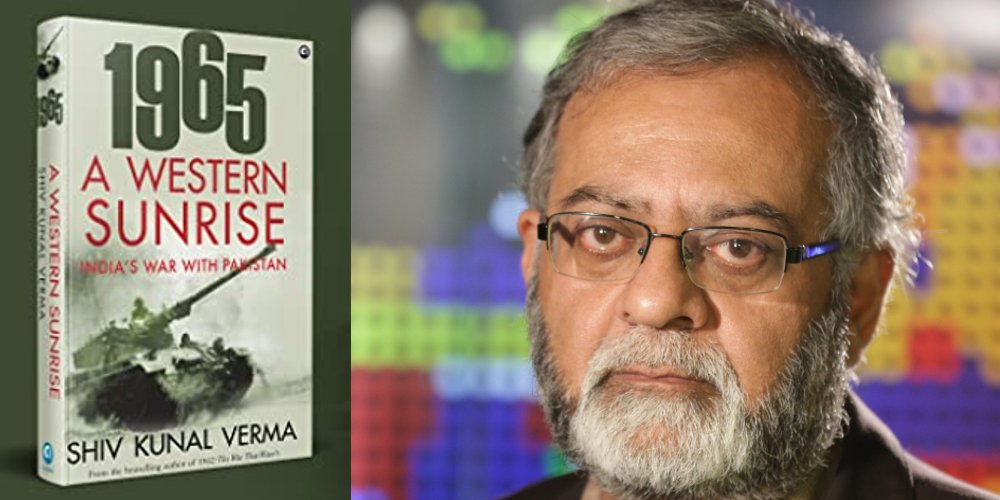 Sometime in the beginning of May of 1965, the vice chief of the general staff, Major General Abid Bilgrami instructed Colonel (Syed Ghaffar) Mehdi to report to Major General Akhtar Malik in Murree. The GOC, considered to be one of Pakistan’s finest generals, spelt out ‘his plan’ that revolved around the SSG (Special Services Group) boys training a group of ‘mujahideen’ that would comprise regular army soldiers and volunteers, which would infiltrate Kashmir and create a general uprising ‘that would bring India to the conference table without provoking general war’. When Malik added that the mujahideen needed to be sent in by end July the same year, Mehdi was stunned. ‘The plan was so childish, so bizarre as to be unacceptable to logical, competent, professionally sound military persons anywhere in the world.’

Mehdi further states: ‘I frankly told General Akhtar Malik that the operation was a nonstarter and that I would render the same advice to the Chief and Vice Chief of General Staff. He insisted that I depute some of my [SSG] officers for immediate training of his “Mujahedeen”. I had taken three of my officers with me for the briefing; I decided to leave them behind with General Malik and tasked them to do their best in the remaining four to six weeks.’

It was obvious there had been a change in the thinking of Ayub Khan after the Rann of Kutch affair and no one in the chain of command was willing to go against the grain. Musa claims he continued to oppose guerrilla-type operations in the Kashmir Valley but he had neither the courage nor the conviction to stand up to the ‘supreme commander’. So when Ayub Khan agreed that deep raids could indeed be launched in Kashmir and asked for a fresh plan and an appreciation of likely scenarios, Musa ‘directed Commander 12 Division, Major General Akhtar Husain Malik, to prepare a draft plan for the operation, code-named “GIBRALTAR”, in consultation with GHQ and within the broad concept we had specified. GHQ approved it after making certain changes in it.’

What made Ayub Khan change his mind on 13 May 1965? To point to the ‘success’ in the Rann of Kutch as the sole reason for going into Kashmir is to insult the man’s intelligence, for the fighting in the Rann was hardly a military operation and, as a former chief, regardless of his public posturing, he would have been fully aware of it. Ayub Khan’s ‘first response to any plan put to him concerning an operation in Occupied Kashmir was to question if the operation was likely to lead to open war. If the answer was yes, he would not approve the plan.’ The Indian Prime Minister Lal Bahadur Shastri had already made it clear on 28 April that if Pakistan ‘persisted in its aggressive activities’ the Indians would be free to choose the where and when of striking back.

According to US sources, the Kashmir Cell had first presented the plan to Ayub in February 1965, and ‘he had flatly rejected the idea. “Who authorized the Foreign Office and the ISI (Inter-Services Intelligence Directorate) to draw up such a plan? All I asked them was to keep the situation in Kashmir under review. They can’t force a campaign of military action on the government,”‘ was his response. Bhutto and his team, however, had not given up, for they believed the time was ripe for Pakistan to strike. The army and air force had been strengthened considerably over the last decade with the infusion of US military aid and training, which led them to believe it more than made up for the disadvantage of numbers. Bhutto also repeatedly argued that it was only a matter of time before India’s larger economic base would come into play. In May, in a note to Ayub Khan where he once again advocated armed intervention in Kashmir, Bhutto said, ‘the current relative superiority of the military forces of Pakistan in terms of quality and equipment was in danger of being overtaken as India’s defence build-up progressed’.

In a scenario where decision-making was highly personalized, once Bhutto gave Ayub Khan the assurance that India would confine the fighting to Kashmir, he gave it the go-ahead. The question then arises: who gave Bhutto the guarantee that, come what may, the Indians would be constrained to fight only in J&K? The answer probably lies with China or, more precisely, with Mao Zedong and Zhou Enlai, both of whom had shared their wisdom with Pakistani leaders on how to deal with India, especially with regard to Kashmir. In a subsequent meeting, Chairman Mao spelt it out: ‘Look, there are ten fingers, and if you stamp on all ten, they will be hurt, but they will become functional in a few minutes. However, if you were to simply cut one finger off, everyone will know and see the loss. In the future, concentrate on a particular point of India’s weakness and launch your attack to completely destroy that formation. You will soon find the rest of the Indian Army on the run, just as it ran before the Chinese Army in 1962.’

The two Chinese leaders along with Bhutto’s PLA handlers were not only egging him on, but also assuring him that if India looked to retaliate elsewhere, the Chinese would let it be known that they would open a second front against the Indians. The relationship between China and Pakistan was initially India-centric. The 1962 clash with India in Ladakh and NEFA underlined the obvious advantages of a strategic partnership between the two and this had led to China and Pakistan quickly resolving their own outstanding border issues in a matter of days. The difficulty around accessing documents pertaining to the China-Pakistan axis during that period is partly due to the fact that ‘it is the only relationship in Chinese foreign policy that is essentially led by the PLA, with the significant additional involvement of Chinese intelligence services.’

However, there are enough discreet remarks that make the truth clear: ‘Tell the President,’ Zhou said to Ayub’s son, ‘Pakistan has to take Kashmir. China is ready to support Pakistan. We have troops on the north of Kashmir who are ready and could be used. Do not fire the first shot, and if you require troops for Kashmir, make a request in writing.’

Ayub Khan, after having had a change of heart, wasn’t willing to listen to his own military commanders, preferring to go with the appreciation from the Foreign Ministry’s Kashmir Cell. So entwined were the Chinese with Pakistani plans that Ayub Khan was even willing to discuss with the Chinese premier Zhou Enlai the strategic methodology and tactics he wished to adopt in case of war with India. General Musa admits rather ruefully: ‘I was asked to give my views on these matters, as the President wished to discuss them with Mr Chou Enlai during his impending visit to Pakistan.’

The decision having been taken to go ahead, Pakistan put its faith in one of its boldest generals to give shape to a plan that was based on ‘Kashmiriyo mein aazadi ki lagan paida ki jai’ (stoke the fire of independence in the Kashmiri people). General Akhtar Hussain Malik and four of his sector commanders got to work on the blueprint for the setting up of a ‘clandestine force’ that would infiltrate Kashmir and enlist the help of the local people to wrest the state away from India once and for all.

(This excerpt from 1965: A Western Sunrise, India’s War with Pakistan by Shiv Kunal Verma has been published with the permission of the author. The excerpt was first published on Network18 website on October 16, 2021. Verma is the author of the books ‘The Long Road to Siachen: The Question Why’ and ‘1962: The War That Wasn’t’. The opinions expressed by the author and those providing comments are theirs alone, and do not reflect the opinions of Canary Trap or any employee thereof)