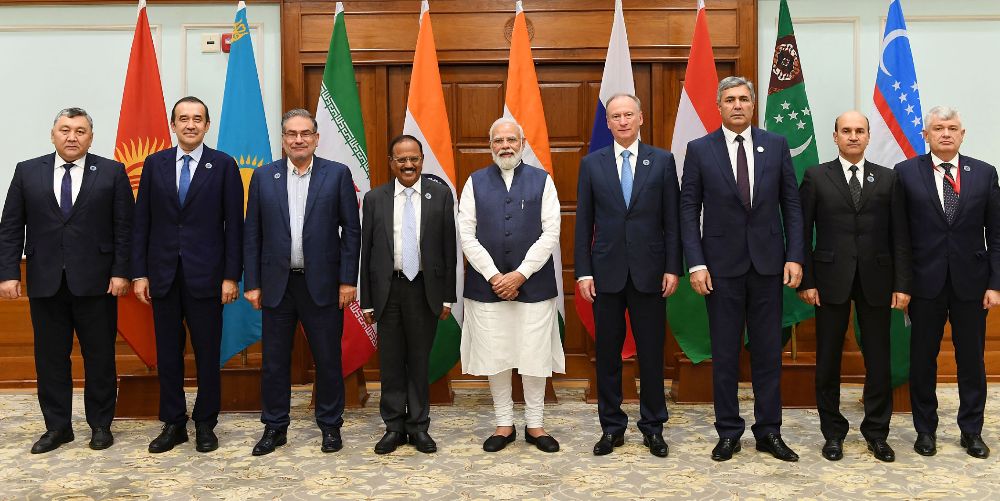 National Security Adviser Ajit Doval must be given credit for resuming the Regional Security Dialogue to consider the radically new situation in Afghanistan after the messy US withdrawal. The initiative signals New Delhi’s entry in the playfield of Afghanistan from where its ambassador had hurriedly walked away at the first sight of the Taliban in Kabul. We were too deeply embedded with President Ashraf Ghani’s establishment, particularly former spy chief, and Tajik leader Amrullah Saleh.

And now reports suggests, the US may be proceeding towards a de facto recognition of Taliban, something Russia and countries around Afghanistan have been suggesting with one major proviso: the Taliban must include all ethnic groups in the government.

That Taliban was the ascendant power in Afghanistan was clear to New Delhi’s patron saints in Washington for years. Why else would the US Representative to Afghanistan, Zalmay Khalilzad sign a peace deal with Taliban in February, 2020? Surely the US had shared every detail with New Delhi on the navigation of the Doha talks. Nothing less should have been expected by Prime Minister Narendra Modi after his stellar performance at the Howdy Modi event in September 2019 at Houston, Texas. “Abki baar Trump Sarkar” Modi had proclaimed.

True, Pakistan and China, key players, were not present in the New Delhi meet. But so was not the US which, had it attended, would have got an earful from the Rear Admiral Ali Shamkhani, NSA from Iran.

“The whole world saw how the US military – based army and security system collapsed, like the US itself, causing the US to flee the country in disgraceful defeat. It is a lesson for everyone: instead of relying on their own resources they rely on a ‘weak power’ like the US.” He continued at his invective best. “The US has been deceitful in prohibiting Afghans access to what is their property”, namely the assets frozen in the US. Shamkhani pulled no punches on what he alleged was the US handiwork: the presence and expansion of Daesh (Islamic State) and other Takfiri terrorist groups in Afghanistan.

Others, like Russia and China have said it quite as openly elsewhere, but the Iranian NSA laid all the blame for “relocating terrorist groups” at the US door in a conference hosted by New Delhi.

I have in recent columns written about the US establishment’s role in promoting terrorism as an unstated asset. The distillate of this wisdom is available extensively in the columns of the New York Time’s Thomas Friedman.

The Friedman line of punditry maintains that fighting a group like the ISIS or Al Qaida is self defeating because such outfits are sworn enemies of Assad in Syria, Shia militia’s in Iraq, Hezbollah in Lebanon and, their ultimate trophy, the Ayatollahs in Iran – all “our enemies” says Friedman. Shall we add China to Friedman’s list to complete this narrative?

New Delhi must have a view on this particularly now that the centre of gravity of the terrorism-as-an-asset doctrine is shifting next door to Afghanistan.

The traditional belief in South and North block has been that this particular menace emanates from Pakistan. I generally fall back on an incident as a kind of parable to point out the conceptual limitation in New Delhi’s appraisal of terrorism.

Robert Blackwill was the US ambassador when George W Bush’s fireworks in Afghanistan began in October 2001. President Musharraf made a U-turn to fight the creatures and progeny of the very militants Pakistan had helped create, along with Saudi Arabia and the US to oust the Soviets from Afghanistan. By 1989 that mission was accomplished.

Unemployed Mujahideen (plural for jihadis) fired by Islamic zeal, barged into Kashmir, Egypt, Algeria. They expanded and found a wholesale market for themselves in Syria, Iraq, Libya, Sudan. In Afghanistan they gestated, mutated, fought a fierce civil war until, under US patronage once again, they found their feet and overran Afghanistan. TAPI or the Turkmenistan-Afghanistan-Pakistan-India gas pipeline began to look like a feasible proposition. Incidentally, at the NSA’s meet in New Delhi, Charymyrat Amanov of Turkmenistan hawked TAPI again, now that the territory is “hopefully” stable under Taliban.

At this point, let me revert to my parable. A somewhat carelessly self assured Taliban became hosts to Osama bin Laden. After 9/11 Osama became the prime target for the US war machine now gearing up for the global war on terror. When bombs rained on Afghanistan, Taliban’s Supreme leader, Mullah Omar and Ambassador to Islamabad, Abdul Salam Zaeef would brief the world media on the Pakistan side of the Durand line. Quite abruptly these cross border press conferences ended.

Deputy Secretary of State, Richard Armitage bullied Musharraf to fall in line for the global war on terror as the coalition’s “frontline state”. When Robert Blackwill informed guests at his routine round table lunch about the “cheerful” news, he never expected angry retorts from such guests as the late Pranab Mukherjee, then an opposition leader. “For years we have been plagued by cross border terrorism from Pakistan”, said he with anger. “How can you incorporate Pakistan as the frontline state in your war on terror?”

Instead of remaining quiet, Blackwill twisted the knife. “Your’s is a regional quarrel with Pakistan” he said. “Pakistan has joined us in the global war on terror.” And now that reports are picking up in frequency about export of terrorism to Xinxiang, are these part of the US strategic calculus?

This extended diversion is to focus on India’s post Taliban dilemma. New Delhi may habitually keep pointing fingers at possible Pak perfidy against us in coordination with Taliban. But which way will New Delhi turn when our best friend the US develops an abiding interest in its terror “assets” to destabilize Xinjiang, China, with whom we are enlarging our conflictual stakes? And China’s inseparable friend is Pakistan, our sworn enemy. We meanwhile are squarely in the American camp. Does all of this not make the head swim?