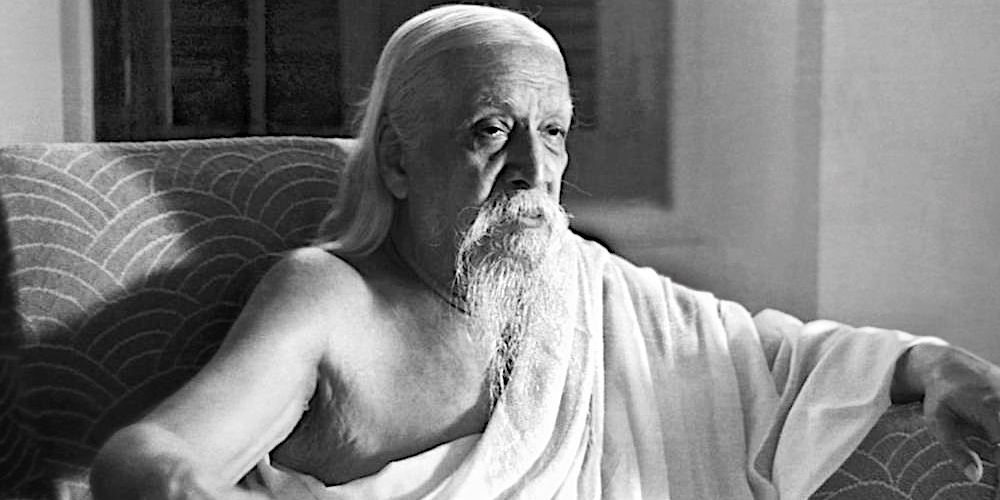 Sri Aurobindo’s last testament on the invasion of Tibet: 11 November 1950

In an uncanny manner, in the same month of November, within a gap of only four days, on 11 November 1950, another great Indian nationalist and world -visionary Sri Aurobindo, sent out into the public domain, his last political testament through an approved editorial of his own paper Mother India whose editor was K D Sethna. Sethna would later testify this fact as follows: ‘Not only were my editorials written under his inner inspirations; they were also sent to him for approval. Only when his ‘Yes’ was wired to us did we plunge into publication.’ [ K.D.Sethna, India and the World Scene, Pondicherry: Sri Aurobindo Society, 1997 From the ‘Introduction’.]

It is worth noting that unlike many other Indian spiritual thinkers, Sri Aurobindo never lost interest in the nation and the world from the political point of view. This is borne out by the many statements he made from time to time on national events, and the letters he wrote, such as the letter to C R Das [1922] and Joseph Baptista [1920], his messages during World War II [1940-43], messages to Stafford Cripps during the Cripps Mission [1942], the Wavell Plan[1945], the Cabinet Mission Plan [1946], the Independence Day message [1947], message after the assassination of Mahatma Gandhi [1948], letter on the Kashmir Problem [1949], message sent after the outbreak of the Korean War [1950], letter regarding the Nehru-Liaquat Pact and after [1950], on the Communist Movement [1950] and so on.

On 28 March 1963, Sudhir Ghosh, the Indian Member of Parliament and famous emissary of Gandhiji and later of Jawaharlal Nehru, met with the President of the United States John F. Kennedy in the White House and shared the last testament of Sri Aurobindo that had appeared in Mother India on 11 November 1950 before Sri Aurobindo’s passing on 5 December 1950:

As Ghosh records in his memoir, the President read with attention Sri Aurobindo’s testament:

The basic significance of Mao’s Tibetan adventure is to advance China’s frontier right down to India and stand poised there to strike at the right moment and with right strategy, unless India precipitately declares herself on the side of the Communist bloc. But to go over to Mao and Stalin in order to avert their wrath is not in any sense a saving gesture. It is a gesture spelling the utmost ruin to all our ideals and aspirations.

Sri Aurobindo’s views on totalitarian Communism was an established fact reflected in his letters and socio-political writings. Freedom, he declared, was indispensable for human progress.

What then is the way out in the crisis in Tibet? The editorial continued:

The gesture that can save is to take a firm line with China, denounce openly her nefarious intentions, stand without reservations by the USA and make every possible arrangement consonant with our self-respect to facilitate an American intervention in our favour, and, what is still of greater moment, an American prevention of Mao’s evil design in India. Militarily, China is almost ten times as strong as we are, but India as the spearhead of an American defence of democracy can easily halt Mao’s mechanized millions.

After citing the reasons in political and military terms, the editorial raised the discourse to a higher moral and spiritual level; it saw the responsibility as civilizational and concluded in the following words:

And the hour is upon us of constituting ourselves such a spearhead and saving not only our own dear country, but also South-East Asia whose bulwark we are. We must burn it into our minds that the primary motive of Mao’s attack on Tibet is to threaten India as soon as possible. [Emphasis added]

The President read the words of Sri Aurobindo’s last testament several times over and said: ‘Surely there must be some typing mistake here. The date must have been 1960 and not 1950. You mean to say that a man devoted to meditation and contemplation, sitting in one corner of India, said this about the intentions of Communist China…He was somewhat shocked. ‘So, there you are,’ said the President. ‘One great Indian, Nehru, showed you the path of non-alignment between China and America, and another great Indian Aurobindo, showed you another way of survival. The choice is up to the people of India.

Earlier in the meeting Ghosh had shared with the President, Nehru’s letter, and this is how Ghosh records the reaction of Kennedy who was frankly quite indignant:

The President read it slowly and carefully and ruefully remarked: ‘He [Nehru] cannot sacrifice non-alignment, eh? Are the people of India non-aligned between Communist China and the United States? I don’t believe that anybody in India is non-aligned between China and the United States—except of course the Communists and their fellow travellers.’ Then some thing fell from his lips which was perhaps unintentional. He indignantly said that only a few months earlier when Mr Nehru was overwhelmed by the power of Communist China he made desperate appeal to him for air protection, and non-alignment or no non-alignment, the President had to respond. He added sarcastically that Mr Nehru’s conversion lasted only a few days. He was impressed to see the speed with which the Prime Minister swung back to his original position with regard to the United States. [Gandhi’s Emissary, p.276.]

Today as we keep wrestling with the question of the Chinese intrusions into the Indian territory, more than five decades down the line, and their growing demands and claims for our lands, it is worth recalling the two forgotten chapters from Indian history in the 1950.

Epilogue: Nehru, Tibet, America and the India-China War of 1962

Despite being a watershed moment in the nation’s history, the records of the 1962 War, seen from the Indian side, are safely locked up in classified files. The Top secret Henderson Brooks and P S Bhagat Report [Henderson Brooks-Bhagat Report in short] is yet to see the light of day. [Excerpts from this top-secret review can be found here] What we have instead is Neville Maxwell’s somewhat erroneously titled India’s China War, which pins the blame unfairly on the Indian side for Nehru’s forward policy.

We may meanwhile read Bruce Riedel’s excellent book based on the declassified documents from the US Department of State and the Central Intelligence Agency [CIA]: JFK’s Forgotten Crisis: Tibet, the CIA and the Sino- Indian War, Harper Collins, 2016, [First published in USA by Brookings Institution Press, 2015] to realize the prophetic nature of Sri Aurobindo’s last testament in Mother India, and Sardar Patel’s early warnings. For, we learn, as indicated in the extracts from Ghosh and Bruce Riedel, cited above, that towards the end of the ‘62 war, Indian and American sides had hammered out a secret military agreement for providing American aircover and the supply of armaments to Indian military during the 1962 crisis. As Nehru argued in a top-secret message to Kennedy in 1962, [while asking effectively for roughly 350 combat aircraft and crews with matching personnel, radar and logistical support for the operations], the issue was ‘not merely the survival of India, but the survival of free and independent Government in the whole of this sub-continent or in Asia.’ He added that India would ‘spare no effort until the threat posed by Chinese expansionist and aggressive militarism to freedom and independence is completely eliminated.’ [U.S. Department of State Outgoing Telegram for Am embassy, New Delhi 2167, November19,1962. John F Kennedy Presidential Library and Museum: India; subjects: Nehru correspondence, November 1962:11-19. Quoted in Riedel, p.138.]

However, the Chinese abruptly ended the war on 19 November and declared an armistice. They had launched attacks in the West (Aksai Chin) and East (Northeast Frontier Agency) on 20 October 1962. Despite the protests by Ayub Khan and Pakistan, the American logistical support to India continued especially with regard to the raising of the new Mountain Divisions of the Indian Army, a relationship that existed most fruitfully during the Kennedy Administration. More could have been expected had he continued in office and not been tragically assassinated.

It is time we reminded ourselves of the prophetic words of Sardar Patel and Sri Aurobindo as we face renewed threats across the Himalayas. It is true the situation today is different from the one in 1950 or 60s. And yet the validity of the lesson remains: the firmness with which both spoke regarding national security has not lost its relevance. Even as we seek to avoid war and seek all avenues, diplomatic, political, economic, administrative and logistic; we must come together with like-minded groups and nations, establish partnership in the neighbourhood, across the Atlantic, the EU, the Asia Pacific regions, and the UN. Indeed, we must stand firm and resolute on our borders and recall the words of Sri Aurobindo to defend the nation with utmost strength and resilience.

As one of the editorials approved by Sri Aurobindo had said: ‘There are certain values that have to be upheld and no dread of consequences should unnerve us…But, if we are brave and far-seeing, there may not be this war…’ [K.D.Sethna, India and the World Scene, Pondicherry: Sri Aurobindo Society,1997,pp.249-50]