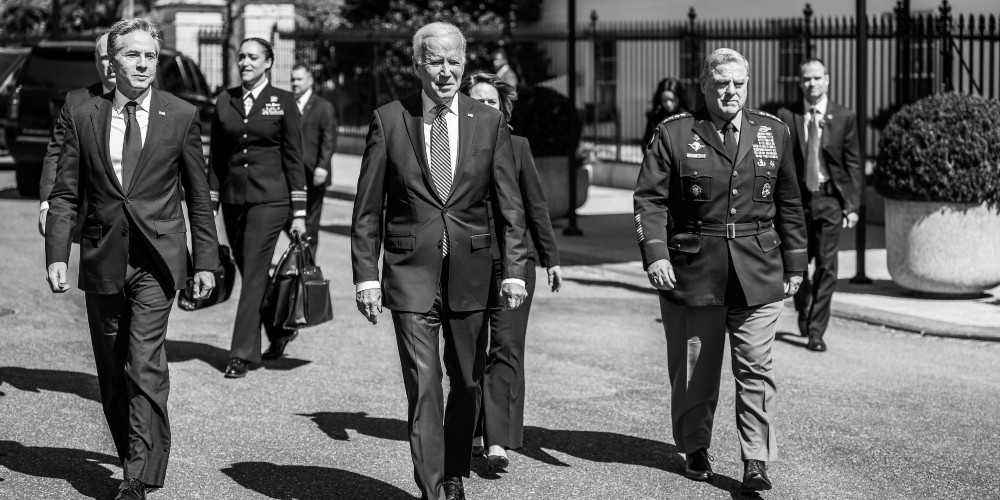 Folks waking up from the stupor of opiated liberalism, are falling over each other in surprise at the blatant racism in the western media’s coverage of Ukraine’s tragedy. The plaint seems to suggest that the west was deviating from its usual sense of fair play. All wars are brutal whether in Ukraine, Iraq, Syria, Libya and, ofcourse, Afghanistan. Marines urinating on dead Afghans was also racism, but the western media’s “gora, gora bhai bhai” (all whites are a family) removes the difference between marines and journalists.

The western media is misty eyed this time at “blued eyed white kids injured” or “Europeans like us” giving up their homes and walking to neighbouring countries. And the reception for refugees everywhere is heartwarming. Who knows the immigrants may be walking into a trap set by some devious Russian: extend the war to such an extent that millions of Ukrainians migrate to the Europe they have always dreamt of. Imagine the social upheaval this will create in Europe. When these migrants reach the cliff of Dover, will Boris Johnson throw up his arms and scream: “Halt; we have Brexited?”

Really, I am astonished at this wringing of hands at the sight of racism. Even though Lancet magazine cited a million killed in the Iraq war, this figure never found mention in the western media currently in rhythmic breast beating over Ukraine.

Does anyone remember a yelping Qaddafi sodomized by a knife? The other half of the TV screen, showed Secretary of State Hillary Clinton: “I came; I saw and he “died”. Ms Clinton bile is much in evidence in Ukraine too. Her suggestion may well be the script the Anglo-American combine is following: pump lethal weapons and money to help the insurgency “exactly as we did in Afghanistan.” Give it to her. She admitted before Congress that the Mujahideen “we trained menace us to this day as Muslim terrorists.”

By this logic, AZOV, the far right neo Nazi group, sustaining the insurgency in Ukraine, will link up with their ideological kith and kin sprouting in Europe. Europe be warned: look what your friends across the Atlantic are setting up for you.

After his macabre death, Qaddafi’s body was placed in a large air conditioned warehouse. A young reporter of the BBC, eager for war trophy, was allowed to enter and kneel near the body like a triumphant shikari after a tiger hunt, even as cameras flashed.

To go back a bit in history American excesses during the conquest of the Philippines appears to have been forgotten. Senator Albert Beveridge was only the most eloquent of the numerous Congressmen who shared his views: “It has been charged that our conduct of the war has been cruel. Senators must remember that we are not dealing with Americans or Europeans. We are dealing with orientals.”

Another aspect of the war needs to be understood. This war is being fought primarily on global TV.

Legendary newspaper tycoon William Randolph Hearst at the turn of the 20th century, clearly spelt out the nexus between war and journalism. He told the famous painter, illustrator, Frederic Remington: “You furnish the pictures and I’ll furnish the war.” This relationship between pictures and war was refined, polished, nurtured until it was a full blown oak on show within a year of the Soviet collapse. It became the amplifier of the post Soviet, US led New World Order. Operation Desert Storm was the beginning of this phase.

Unless the Biden, Blinken and Victoria Nuland trio driving this war are willing to push Vladimir Putin to the nuclear edge, this war will end once Russia has altered the ground realities beyond Donbas, secure access to Crimea and settle for open ended talks.

What will the Washington trio say, when transcripts of President Zelensky’s interview to ABC News in early March, are placed in their hands. “I have cooled down regarding this question (NATO membership) a long time ago after we understood that NATO is not prepared to accept Ukraine – the alliance is afraid of controversial things and confrontation with Russia.”

What then were the “sanctions from hell” all about? Putin would have to be an idiot not to realize that Biden, faced with all manner of problems at home and facing Congressional elections, was building up Ukraine’s membership of NATO to a crescendo with a purpose: the clashing of cymbals would take place at the NATO summit in Madrid in June when, (as Putin feared) Ukraine’s membership could be sprung as a fait accompli.

To cope with the whirlwind after the “sanctions from hell”, a US delegation turns up in Venezuela, cap in hand, in the durbar of President Nicolas Maduro, whom Washington does not even recognize. Look at the irony: while the West accuses Putin of plotting regime change in Ukraine the US’s regime change in Venezuela has been in the works for some time. Washington has already recognized “President Juan Guaido”. Poor fellow walks around Caracas and Washington like a discard now.

Guaido is not the only shame Biden carries in his backyard, Monroe doctrine or no Monroe doctrine. On March 11, Chile swore its youngest Communist President, Gabriel Boric. US pocket borough of Colombia has given leftist, former guerilla, Gustav Petro an irretrievable lead. In Brazil, Socialist Lula Da Silva is the front runner. Far away from Latin America, King Salman of Saudi Arabia has hit the dollar where it hurts: he has agreed to sell oil to China in Yuan. Bashar Assad is visiting UAE. High officials of Qatar, Iran, Turkey and UAE have been to Moscow.

I have picked two headlines by writers distant from each other in ideology and intent. The headlines dwell on the aggressive style of the Biden-Blinken’s foreign policy.

“Hell hath no fury like a Superpower in decline.”

Fuller’s headline is ominous. Times are out of joint.