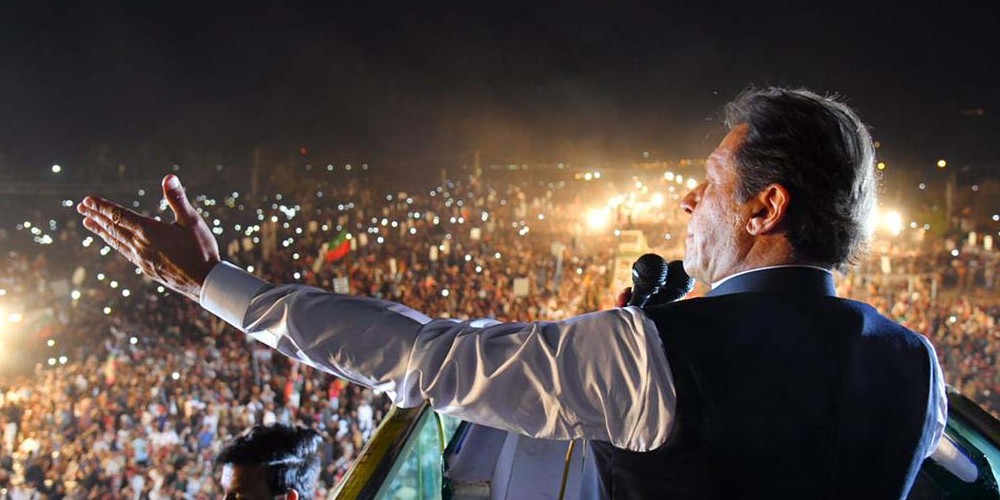 The Pakistan Supreme Court has handed Imran Khan the license to do a Tayyip Erdogan. In the March 2003 elections, the Turkish strongman romped home on a purely anti-American platform. He became a hero because he denied US troops the right of passage through Turkey to Iraq that year.

Anti-Americanism is a sure fire electoral trick in a Muslim country nursing a deep grievance against the US for decades of Islamophobia. And Pakistan was yoked into the Afghan war where it lost 80,000 lives.

Did the winds from Ukraine fan the flames in Islamabad? A regime change instigated by the America is Imran Khan chosen narrative. The US, he says, has succeeded in lining up all the old “bandycoots”. If the Khan has taken on real “bandycoots”, they are not going to be satisfied with a mere vote of no confidence. They would like to ground him for good.

Does the predicament in which Imran finds himself have something to do with his official two-day visit to Moscow on February 24, just when Russia’s invasion of Ukraine was starting? The high stake game that the Americans were leading the West into made it important for them to prove that Khan was on the wrong side of history.

Khan must wrench away from the Chinese and Russian embrace: that was the message. This embrace impedes the world order being sketched and any US move in Afghanistan. It was galling for the Americans that the Kazakh adventure failed in January. It is a cruel admission to make but this war is not about Ukraine. Sadly, Ukrainian blood has been purchased with Western treasure –– in cash and arms. The amazing media management has been breathtaking –– bringing Zelensky live to every European Parliament, nay, even at the Grammy awards.

Who knows, giant screens at football matches may now have mandatory clips of Zelensky; two minutes of silence for Ukraine at all cinema houses. The sky is the limit. The global media which was founded in 1992 at Desert Storm, America’s sole superpower moment, is busting its guts to keep America buoyant even at its nadir.

Some of the West’s war aims are straightforward: to retain Anglo-American dominance on world order; preserve NATO’s centrality to this order; keep Russia in focus as a weakened pariah in Ukraine for as long as possible. The West is having kittens because China and Russia have declared that their friendship has no limits. They have to be separated; that is American policy.

The mindset was on display even when the late king Abdullah of Saudi Arabia persuaded the Americans to end what was an existential threat to the House of Saud and Israel, namely Iran. To target Iran, the “Shia arc”, Syria, Hezbollah, Hamas has to be dismantled. That is how the Syrian expedition began. “Get out of the way, Assad” Secretary of State, Hillary Clinton, waved her hand imperiously. Has Assad gone? Does the US have a Status of Forces agreement with Iraq after the Stars and Stripes were “cased” on December 31, 2011? The ignominious departure from Afghanistan in August will not be forgotten in a hurry. This was after full 20 years of occupation. So, it is do or die in Ukraine.

Ms Liz Truss, British Foreign Secretary, the cheer leader for “democracy against autocracy” was not around when Secretary of State John Kerry pulled Ashraf Ghani out of the hat as President in Kabul and cajoled Abdullah Abdullah, the real winner of that election, to accept the job of the country’s chief executive. Was that democracy being marketed as the alternative to the other system?

Is Truss pleased with the election results in Hungary and Serbia, Ukraine’s neighbourhood? Viktor Orban and Aleksandar Vucic are both self-proclaimed “illiberals”. At the other end of the world a real life theatre of the absurd produced and directed by the US and UK is being played out. In a moment of pique bordering on desperation Washington, unable to set aside or digest Venezuela’s duly elected President Nicolas Maduro, floated a parallel Presidency and nominated 38 year old Juan Guaido as President. Other than the US and Britain, no European country is part of this side show.

Evo Morales, the first indigenous, Left Wing, anti-World Bank President of Bolivia has been replaced by ideological look-alike, Luis Arce. Was the success of 35 year old socialist, Gabriel Boric in Chile an improvement on the Military dictator, Augusto Pinochet whom the CIA installed after murdering the popular Salvador Allende, a friend of one of the world’s greatest poets, Pablo Neruda?

Colombia, nursed by the US as its pocket borough for decades, has come out of its suffocation. In irreversible lead is another Socialist, a former guerilla leader, Gustavo Petro. President Pedro Castillo of Peru is described as a far left, socialist. Is all this a march of democracy or autocracy? A battle royal is due in Brazil in October where Lula da Silva will take on Jair Bolsonaro known for ignoring pandemics, burning the Amazon patch by patch and being the chief guest at India’s Republic Day in 2020. One commends to Truss the thought that she sees Edge of Democracy, a masterly documentary on how Lula, the country’s most popular politician ever, was dethroned by International Corporate intrigue.

How do the votaries of democracy in this format approach developments in Pakistan? The principal charge against Imran Khan is that he mismanaged the economy, his team selection is poor and that he is self-righteous and arrogant. Those arrayed against him have proven cases of corruption, against them. Obviously these groups, with a possible signal from the Army, leavened their numbers with defectors, and asked for a vote of no confidence. Khan has shown, on a selective basis minutes of a conversation between Pakistan’s ambassador to Washington and Donald Lu, Assistant Secretary of State for South Asia which seems to suggest that the US wants Pakistan to fall in line “or else……” Will this revelation eventually help Khan or is it an albatross around his neck?