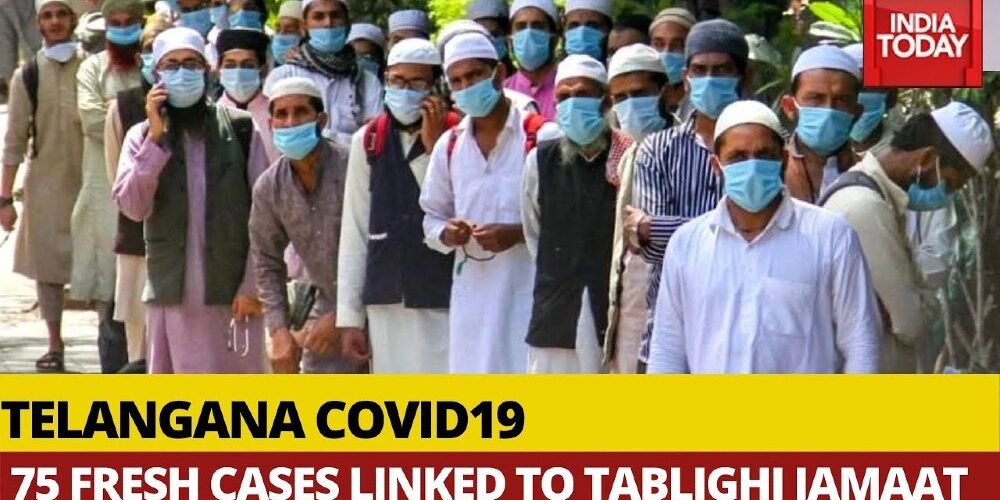 In the early 70s, Indian missions in West Asia received a curt directive from South Block: do not issue visas to applicants travelling to attend the international conference (Ijtema) of the Tablighi Jamaat, Missionaries for purification of Muslims, at their Markaz (centre) in New Delhi. There were Arab applicants, ofcourse, but also some from the West, including the US.

There are missions and missions: some follow instructions others are more precocious and make inquiries. The subject came up for discussion over drink and discreet, diplomatic dinners. Some of the western diplomats did not hide their anxiety. The exponential growth of a little known religious, but totally apolitical organization across 150 countries, with a membership of 150 to 250 million caused raised eyebrows. The TJ was different from any other Islamic group: it did not seek to convert non Muslims. It was not the Islamic version of the Salvation Army. It only sought to bring its flock more in the line with the teaching of Prophet Mohammad.

This dour, dark, vision of Puritanism would have seemed a distant, dream. But the hundreds of millions of dedicated foot soldiers across the globe keeping the flock on the straight and narrow, a sort of double distillation of faith, made them out to be an enormously successful organization with extraordinary reach.

The 70s were a period of great contestation between the West and the Muslim world. In Egypt, Nasser had made way for Anwar Sadat in 1970, who eventually turned up in Israel in 1977; Black September; war between Jordanians and Palestinians in 1970-71; Yom Kippur war of 1973 leading to Arab quadrupling of oil prices.

In the midst of so much conflict, the ant-like precise movements of Tablighi Jamaat attracted western notice and for a good reason. At a time when the West was trying to pull the Muslim world out of narrow Islamism, laying out North Tehran under the Shah as worthy of emulation the TJ was weaning Muslims away from modernism into deadly, pious practices. And they were doing it successfully.

Pressure must have been brought to bear on South Block. Which explains the instructions to the Indian missions in the Muslim world to deny visas to luminaries headed for the Markaz at New Delhi’s Nizamuddin.

The address of the Markaz leads to an unhappy mix up. One of the great Indians of all time, the 13th century Sufi Saint of the Chisti Silsila, or lineage, Hazrat Nizamuddin Aulia, had his khanqah or abode in the area. Nearby was his favorite disciple, the multi-talented genius, Amir Khusro, poet, musicologist, jurist, statesman and soldier. Their shrines, around which the colony evolved bearing the great guru’s name, became the centre of what is celebrated as India’s syncretic culture.

That the Nizamuddin shrine should be overshadowed by the Markaz, a six story structure with a capacity to house 10,000 Tablighi volunteers is an aesthetic affront. It also misleads the world which sees the address, “Markaz, Nizamuddin” as same or similar entities. Now that the Markaz has been cleared for fumigation for the mess the TJ have foolishly left behind, there is a case for the centre to be moved to a suitable location.

The Jamaat was founded in 1927 just when there were reverberations across North India after the British moved from Kolkata to New Delhi in 1911. In 1930, Lutyen’s Delhi was inaugurated. The British, who had taken power from Muslims, were now in close proximity to Maulana Mohammad Ilyas of Khandal, near Meerut. The Maulana started his mission to secure his flock against blandishments of modernism. The target area for Maulana Ilyas’ mission were the Meos of Mewat, spread over Haryana, Rajasthan and a portion of Western UP.

Even though the Meos were converted to Islam in the 16th century, they obstinately held onto their Hindu culture. Not too long ago, night long recitations of their exclusive Mahabharat called Pandun ka kada were common. Meos claimed descent from characters in the Mahabharat. All Hindu festivals – Holi, Diwali, Dussehra were mandatory. My friend, Ramzan Chaudhary, a lawyer and chairman of the All India Mewat Association, remembers his father as a professional singer of Holi and Mewati Mahabharat. His grandmother wore a “Ghaghra” and performed Govardhan puja – all taboo in Maulana Ilyas’ book.

The Maulana must have been an organizational genius. Today, in each one of the 1,500 or so villages in Mewat is a Tablighi Jamaat Markaz. The number of volunteers is simply staggering.

Two things can therefore be said about the Jamaat. No violence or “Jehadi” activity can be traced to them. Also, they are simply not interested in proselytizing non Muslims.

They are saving the saved. Indeed, they are the Muslims variant of humourless, Calvinism, exactly the sort of self appointed religious constabulary whom Urdu poet describes as Sheikh, Zahid, Mohtasib, Waiz – in brief, an interfering bore.

A puritan, said H.L. Mencken, is someone who is always worried that someone, somewhere may be having fun. In the TJ book the way Bangladesh celebrates Poila Baisakh on April 14 is all “shirk” fit for damnation. Assam, Tripura, West Bengal, Bangladesh, in brief, people of Bengali heritage celebrate Poila (which means pehla or first) in the same way quite irrespective of religious belief. In fact, in my experience, celebrations in Bangladesh are by far the most spectacular. Women in the celebrated Dhaka sarees apply a bindi on the forehead of any woman guest who enters the house. Parks are filled with men and women singing Rabindra Sangeet and Nazrul geeti. While Tagore’s songs are secular, Qazi Nazrul Islam’s geets are charged with Tandav, Shakti, Kali, Durga. At this Maulana’s group would through a fit.

The present leader of the group, Maulana Saad Khandawi’s stupidities during the corona crisis, compounded by police and administrative negligence call for an independent inquiry. Baying for Muslim blood as some channels seem to suggest is rank bad taste.