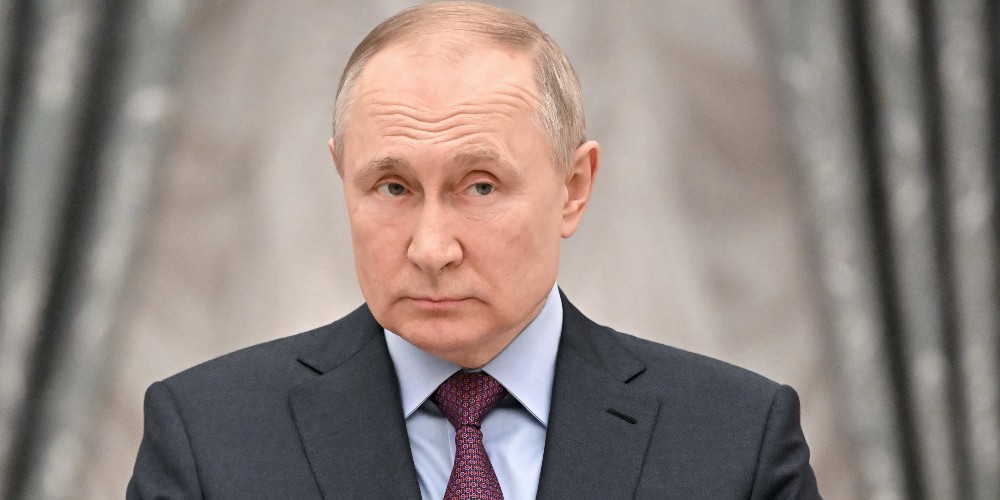 “Stupid son of a bitch” President Joe Biden snapped at a Fox News reporter who had the temerity to ask him whether 7% inflation would be a liability in the mid-term election. “No, it will be an asset” snarled the President, grinding his teeth. A few days ago a similar expletive was hurled at another reporter. The question this time was about Ukraine. Is the President losing his nerve?

Donald Trump hovers over his Presidency, like Banquo’s ghost, even as Biden walks around minefields – pandemic, plummeting ratings, economy, charges of stolen election, exaggerated fears of civil war – he has added another to the list – Ukraine.

What is the problem in Ukraine all about?

Keep in mind Nord Stream I and Nord Stream II: the first brings gas from Russia to Germany; the second when complete will double the volume, bypassing Ukraine. Ukraine will thus be denied transit fees. This will give Russia the hold on Europe which a depleted US does not want. This may well be the nub of the matter.

NATO and subsidiary regional military alliances came into being during the cold war. When the Cold War ended it was the Berlin Wall which fell. Germany had been in the eye of the storm. Note the understated centrality of Germany even in this crisis. The German Naval Chief, Kay-Achim Schonbach’s statement at a New Delhi seminar on Ukraine revealed Germany’s understanding of the crisis. His subsequent resignation clarified that Germany wears an EU hat as well particularly on collective security issues. Schonbach debunked US anxieties that Russia wanted to invade Ukraine. “That was nonsense” he said. All that President Vladimir Putin wanted was respect. “It is easy to give him the respect he really demands – and also probably deserves.”

There may have been some cheer when the cold war ended but West’s victory also reunified Germany, a country which was at the heart of two previous world wars. In the post cold war redistribution of global power Germany possibly having a larger share of the pie was an anxiety. The Japanese economy too was at its peak. “Axis” again?

Margaret Thatcher, on a visit to Finland, was asked by a reporter: “Does Britain need its nuclear deterrent now that the Cold War is over?”

Thatcher: “We still have a problem in the Middle East.”

The coalition of the willing into which a most unwilling Francois Mitterrand was dragged at the last minute, launched Operation Desert Storm to pulverize Saddam Hussain, ofcourse, but mostly to put western imprimatur on victory over the Soviet Union. The status quo was maintained in the global power structure. A reunified Germany was not given any space to make any impression.

Similar fears again lurked in the background when the former Yugoslavia broke up. Croatia’s Cardinal Franjo Kuharic met the Pope in Rome. German Foreign Minister, Hans-Dietrich Genscher went one better: he “recognized” Croatia, a war time German ally, ahead of the European partners. This set the cat among the pigeons. “Axis” again?

The UN system was utilized to side with friends like Serbia who had been with the allies during the war. So we had British General Sir Michael Rose’s daily briefings from the Serbian side, until the ghastly events of Srebrenica happened. 8000 Bosnian Muslims, boys and young men, were shot and buried in mass graves by Serbian soldiers.

The tragedy came into profile once again the other day when Germany withdrew an award to well known Israeli historian, Gideon Greif, known for his work on the Holocaust. He did not consider Srebrenica a “genocide”. Germany held back the award.

Again, on Ukraine, Germans demonstrate their own exceptionalism.

Some 170 tonnes of US “lethal equipment” reached Ukraine last week. The UK is sending more defensive weapons and extra troops for training. In other words the most enthusiastic arms donors – with some boots on the ground – are the US and UK, two countries where the leader’s survival in the gaddi is suspect for different reasons.

When the media mentions “several” NATO members sending arms, is France among them? Why then has Emanuel Macron been suggesting that EU must talk to Putin? He is himself arranging to meet Putin, even as I write.

Germany has been the most straightforward: no weapons will be sent. In the name of goodwill, it has sent a full fledged field hospital. Germany has also blocked Estonia from sending German origin weapons, according to the Wall Street Journal. This immediately invited an angry response from Ukraine. Berlin is “undermining western unity by refusing to transfer weapons to Ukraine.” Nor was it allowing allies like Estonia to do so.

The image of the Western alliance, in lock step, rearing to go for Putin’s jugular is not borne out by facts on the ground. Much of western coherence on Ukraine is media hype. In fact the consequences of hurried supply of arms to the armed forces of Ukraine where salaries are meagre could spur an arms smuggling bonanza in the region.

Look at the other side. Putin has China by his side now as it was in Kazakhstan earlier this month. When 2,500 Russian troops marched into Kazakhstan to restore order, Washington was cross. Secretary of State, Anthony Blinken thought he was at his invective best when he picked on Russians as guests who never leave. Xi Jinping supported CSTO entry.

Russia having moved 1,20,000 to Ukraine’s border is the prime western grouse. This is a precursor to an invasion, regime change in Kiev and worse, proclaims the media.

The Russian argument is that since 1991, 14 new members have been added to NATO, mostly from the former Soviet bloc. And now Jens Stoltenberg, Chief of NATO has decided that Georgia and Ukraine would also be added as members. This, for Russia, is a red line. Supposing Russia were to position nuclear weapons on America’s borders. What would Washington’s response be? Meanwhile remember Nord Stream II which, says the State Department will be blocked, “should Russia invade Ukraine.”