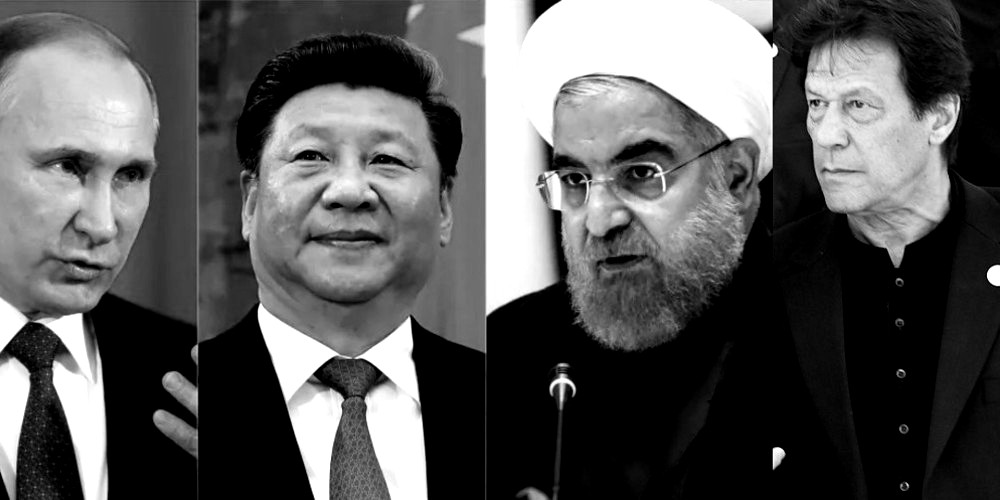 Having kept a steady gaze on Kabul atleast since Noor Mohammad Taraki’s press conference in April 1978 when Khalq and Parcham, the two Communist parties of Afghanistan, came to power, I am kicking myself for having missed out on the latest open ended transition being scripted. I have been shuttling between hospitals and home shuffling out of a long Covid spelt.

The United States has conflictual equations with China, Russia, Iran and others either in the region which are in Chinese or the Russian ambit. All these countries have borders with Afghanistan. Did the US spend two trillion dollars in 20 years with the benign intent to provide tranquility for these countries on their Afghan borders only to confront these powers elsewhere?

Turkey, or, to be more precise, President Tayyip Erdogan has been roped in to supervise Kabul airport. Taliban are pretending to throw a ginger fit should Turkey post troops to protect the airport. Since the Taliban have to be pleased at all cost, Turkey has decided to deploy contractors, engineers etcetera. But who will provide them armed protection? The Americans, ofcourse. The Americans will obviously have plans to keep an eye on the Bagram air base too. I have vivid recollections of the US bombing Serbia for 72 days, carve out a state of Kosovo and leave behind what in those days was globally the largest US base, Bondsteel, abutting Macedonia.

What great urge did the US have in carving out a Muslim state in what was the holiest real estate for the southern Slavs of Serbia, ethnic cousins of the Russians? Well, the first purpose was to hit the Russians where it hurts. The second was to build bases which radiate power.

Likewise, Turkey is being given a toehold in Afghanistan which has the potential of opening vistas across central Asia, an expansive oil rich block of Turkik speaking people. As in the Balkans, here too the historical, entrenched interests of Russia will be posed in competition.

When a vision of the Ottoman Empire being revived was dangled before Erdogan he wasted no time in turning up for prayers in the main square of Tripoli in November 2011. The “Ottoman” dream which faded in the West Asian theatres may well be revived in Central Asia where there is greater ethnic continuity. Erdogan is unlikely to leap for this elusive carrot but he may begin to focus a little more time on this theatre. This will be welcome to Egypt, Israel, Saudi Arabia. The last two will be dreaming of the extreme Islam of the Taliban blending with the Akhwan ul Muslimeen (Muslim Brotherhood) of which Erdogan is now an unabashed leader. This will be expected to be a bulwark against Iran. Binoculars will also be fixed on China’s Uighurs and Russia’s Caucasus.

So long as imperialism has a central role for Israel in West Asia, Iran will remain the target. Little wonder US forces are being relocated. Just the other day, the US announced the closure of its bases in Sayliyah, Qatar. The base being activated in utmost secrecy happens to be in Jordon, out of the range of Iranian missiles.

There is another very good reason to have Erdogan ration some of his time away from West Asia where the growing influence of the Muslim Brotherhood causes anxiety to Abdel Fattah el-Sisi in Egypt whose suppression of the Brothers cannot last eternally. Riyadh shaken in the south with the advances made by the Houthis from Yemen has not forgotten the occupation of the Mecca mosque in November 1979 almost at the same time as the Iranian revolution toppled the Shah in Tehran. For two weeks the mosque was occupied by anti-Monarchy extreme Islamists. Eventually, French troops had to help Saudi soldiers. Since then Saudi Royals have nightmares about a secret anti monarchy cult, not different from the Brothers. There is a tendency to exaggerate an external danger of Shia Islam. The truth is that the ‘Akhwan’ or the Brothers, with roots inside the kingdom are much more of a danger.

Brothers in Egypt will have a huge morale booster, should Erdogan without other distractions go full throttle in his Muslim Brotherhood avatar. The revival of the Brothers in Egypt will be of considerable help to Hamas which is another name for the Brothers. This will be a thorn in the side of Israel. Notice how many capitals have an interest in the Turkish role in Kabul.

It is not fanciful that one chapter of the Afghan saga may be coming to a close. But what has always puzzled me is the singular lack of interest in the origin of a catastrophe when the iconic Tajik leader Ahmad Shah Massoud’s exceptional intelligence gathering on Al Qaeda’s operations in Afghanistan hinted at the possibility of 9/11.

In August 2001 he alerted the European Union in the course of an address in Brussels that the anti-Taliban Northern Alliance had learnt that Al Qaida, were planning some action on the US mainland. On September 9, two days before the attack on the twin towers in New York, Massoud was assassinated in his hideout on the Tajik border. The two Tunisians, disguised as journalists detonated their vests as soon as they began their “interview” with Massoud. The passports of the two assassins had been forged in Brussels at about the time Massoud alerted the European Union about the attack on the “US mainland”.

Since the Syrian theatre began to quieten down in 2018, there have been reports of militants being flown to Northern Afghanistan, exactly the location from where out-of-work Mujahideen had fanned out to Kashmir, Egypt, Algeria, Syria.

So, is Afghanistan headed for chaos or, as a Marxist analyst predicts: “A Quad is taking shape – Iran, China, Russia and Pakistan.” If correct, has India opted for the wrong Quad?