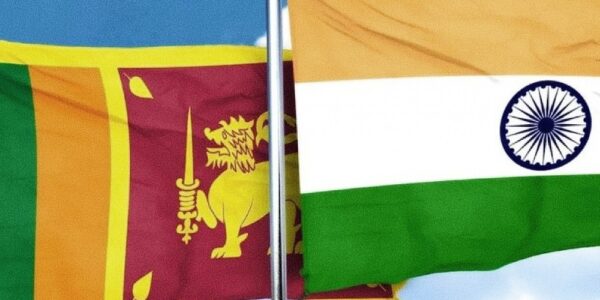 In April 1971, known only to a small group, an Indian Frigate sailed to guard the Sri Lankan coastline against "foreign" reinforcements to help the JVP or Sri Lankan National Liberation Front which had virtually taken over the island.

Sri Lanka has moved on. Political discourse has shifted its focus and issues of everyday life are largely what remain in the sieve of democracy. Sri Lanka finds itself at the crossroads, yet again. Only this time, it’s a democratic battle between what is being perceived as being good, versus being evil.

Carefully evidenced and powerfully measured, No Fire Zone is a feature length film about the final awful months of the 26 year long Sri Lankan civil war told by the people who lived through it.

The Commander of the Sri Lankan Army, General Sarath Fonseka, has confirmed that LTTE chief Prabhakaran's body has been found on Tuesday morning by the Lankan troops. The terror chief's body was found by the 53 Division troops led by Major General Kamal Goonarathne, Sri Lankan military sources said. A Lankan military spokesman also said that Prabhakaran was in uniform and there were bullet wounds on his head.

Canary Trap brings you the exclusive pictures of LTTE chief Velupillai Prabhakaran's family. The photos have been released by the Sri Lankan defence ministry.

The Sri Lankan Army has found photos and videos of MDMK leader Vaiko in the company of LTTE chief Velupillai Prabhakaran. Vaiko is a known LTTE sympathiser and has been arrested a couple of times by the Tamil Nadu government for his open support to the feared terrorist organisation. According to media reports, Vaiko made clandestine visits to the LTTE controlled territory in Sri Lanka during the 1980s. The MDMK chief also spent a month in LTTE territory in 1989. The Indian Peace Keeping Force (IPKF) was fighting the Tamil Tigers during the same time in Lanka's northeast, a media report said.

Details revealed by Dr Subramanian Swamy in his book, Sri Lanka in Crisis: India's Options (2007), revealed that an LTTE delegation had met Rajiv Gandhi on March 5, 1991. Another delegation met him around March 14, 1991 at New Delhi. "Retrospectively, these meetings assumed great significance as they were perceived as a smoke screen deliberately created by the LTTE to lull Shri Rajiv Gandhi into complacency," the interim report of the Jain Commission stated.