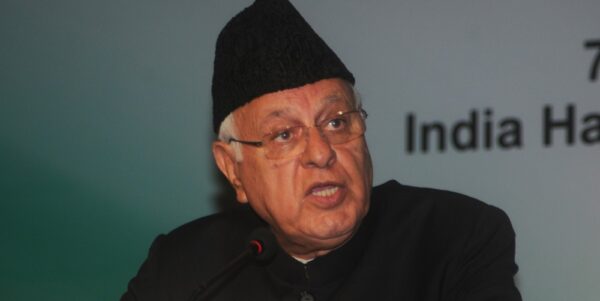 The bogey of increasing international pressure is being crafted from within to target Indian public opinion at a time when dialogue with separatists is going on and Pakistan is unraveling from within.

A section from within the government and the political establishment wants to present a compromise in Jammu and Kashmir as a deliverance to the nation from a perpetual confrontation, even if it means abandoning its frontiers, its people in the state, its civilisational responsibility, central features of its eco-heritage, secularism and everything which India stands for.

A section of Indian State and political establishment seem to be allowing blatant falsehoods aimed at wrecking the sovereignty of the nation in Jammu and Kashmir in such a way so that public at large, not only in J&K but in rest of India as well as internationally, is convinced that India has no case in J&K.

The deliberations in the Working Groups were also conducted in a manner to undermine all legitimate imperatives of national interests. Government of India is mirroring the attitudes which the British Government adopted in the build up to the partition of India.

During former Prime Minister Atal Bihari Vajpayee's regime, a USA based Kashmiri secessionist leader, lobbyist and fund-raiser, Farooq Kathwari, arrived in India. He came with the full knowledge of the Indian government in March 1999, carrying a series of proposals for the creation of an independent Kashmiri State.

At that time, both USA and the Indian government underplayed his jihadi connections. His son had died in Chechnya while fighting the Russians. He met very important persons belonging to Indian intelligence service and the ruling BJP.