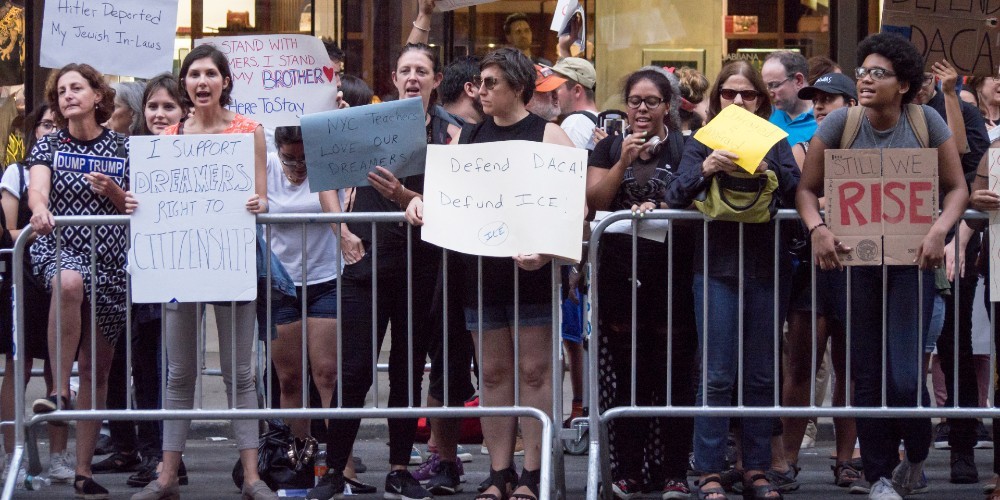 A passionate appraisal of the widespread anger at George Floyd’s murder by a white policeman that newspaper columns are full off, inspires no lasting change in race relations. Establishments have entrenched themselves too securely. In India the jury is out: will the establishment be able to contain street level eruption of discontent. It has never been tested on a scale it will surely be once the lock-down has been lifted.

In the US, Gen. James Mattis, respected soldier and former Defence Secretary, is enjoying what Andy Warhol called his five minutes of fame. He chastised a President whom everybody chastises except Prime Minister Narendra Modi. Never in his life had Mattis known a President so dedicated to dividing Americans. He was particularly severe on Trump’s call to “dominate” the rioters by taking recourse to troops, in violation of the military’s rules of engagement. His successor, Defence Secretary, Mark Esper, also did himself proud by going against Trump’s pronounced inclination to bring in troops.

I wonder if it shames us that there is neither a Mattis nor an Esper to provide relief in our arid wasteland, bereft of dissenters. Journalist Aakar Patel has an FIR staring at him for having asked the dispossessed in his homeland to express sympathy for African Americans. Rex Tillerson, as serving Secretary of State described Trump as a “moron”. The Texas police chief, Art Acevedo, was comparatively mild: he asked the President to keep his “mouth shut” if he has no constructive ideas to offer.

The vigour and success of a free society covered up an undercurrent of flaws like racism from the very beginning. Extraordinary success in many fields was able to induce a national amnesia about some harsh realities: the nation was founded on genocide and slavery. Unreliable records of Christopher Columbus combined with modern anthropology point to anywhere between 2.5 million and eight million natives killed by disease or other means of extermination. This was a matter of envy for Brazil’s President Jair Bolsonaro. He lamented the fact that the Brazilian cavalry had not been as effective as its US counterpart in exterminating natives.

I have not seen anything as disturbing as the brutality of pre-abolition slave lives portrayed in Quentin Tarantino’s Django Unchained. A gruesome image, fairly commonplace in the film, shows a petrified slave, tied to a tree. A pack of hungry dogs, the size of full grown wolves, is let loose upon him, by way of canine supper. Do not dismiss it as cinematic exaggeration. I have just been forwarded a clip from current disturbances – a police dog set upon a black woman, screaming for dear life, even as three white policemen watch with scant interest, a sort of mechanical operation.

To flavour the past, let us rewind at fast speed. In 1919, a black teenager, swimming in Lake Michigan, drifts involuntarily towards a beach for Whites-only. He is stoned until he drowns. Record riots follow in Chicago. This, when President Woodrow Wilson, his cigarette holder at a jaunty angle, is busy persuading senators to ratify the Versailles Treaty. What flourished simultaneously were called “lynch laws”. Bodies of “niggers” hanging from tall, shady trees were occasions for family outings, yielding photographs for albums preserved for posterity. Such memorabilia was the stuff of American pride.

Everyone talks reverentially about Martin Luther King having brought to fruition the Civil Rights Movement in the 60s. But this reporter saw “busing” an issue in Boston even in the mid-70s. Was an attitude ingrained over centuries going to be disbanded by pieces of legislation? Communalism in India has recent, deliberate beginnings, but caste beats Western racism by millennia. Is its erasure possible by legislative means? And the recent walk of the impoverished, was laden with images of caste-class overlap.

There have been a surfeit of newspaper writing on the US riots. But a friend has placed in my hand an editorial from New Democracy, which touches the nub of the matter. The piece contrasts Martin Luther King’s failed quest for salvation within the American Dream with Malcolm X’s search for revolutionary change.

Look farther afield, and even Nelson Mandela’s adjustment with white South Africa’s last Prime Minister, F.W. De Klerk begins to look like a bargain struck in a hurry. I was in South Africa weeks before Mandela walked free. That he was free of rancour or bitterness against whites, despite having been in their jails for 27 years, did further elevate his charisma. De Klerk on the other hand came out smelling of roses for having righteously renounced power. In truth, what decided their fate was the global situation. At the end of the cold war, a nasty, nuclear armed white outpost in the face of rising black anger had become unnecessary. The odium of apartheid could now be shed.

In the high voltage emotionalism of Mandela’s release, reporters did not seek out what Mandela’s colleagues like Joe Slovo, the white Jewish firebrand communists were thinking. How could they have been happy when Mandela’s first Finance Minister, Trevor Manuel had to be cleared by Gavin Riley, chairman of South Africa’s largest Corporation? No two situations are absolutely similar, but memory ferrets out an interesting detail from independent India’s first cabinet. When V. Shankar, ICS, was first inducted into Sardar Patel’s secretariat, he had to go through a ritual interview with veteran industrialist, Ghanshyam Das Birla.

Capitalism, in other words, kept a wary eye on all transitions away from its stranglehold. Then capitalism overreached itself by mismanaging the post-Soviet globalization. The 2008 financial crisis, and a record economic slump after the Covid-19 mayhem, have induced some rethink. Comprehensive health care for all, Universal Basic Income, an appraisal of the Scandinavian model, are all part of a vigorous discourse in the West. There is, on the other hand, a deafening silence on these issues in India where the millions of the hungry and the destitute sent on a trek may well return to plague us.