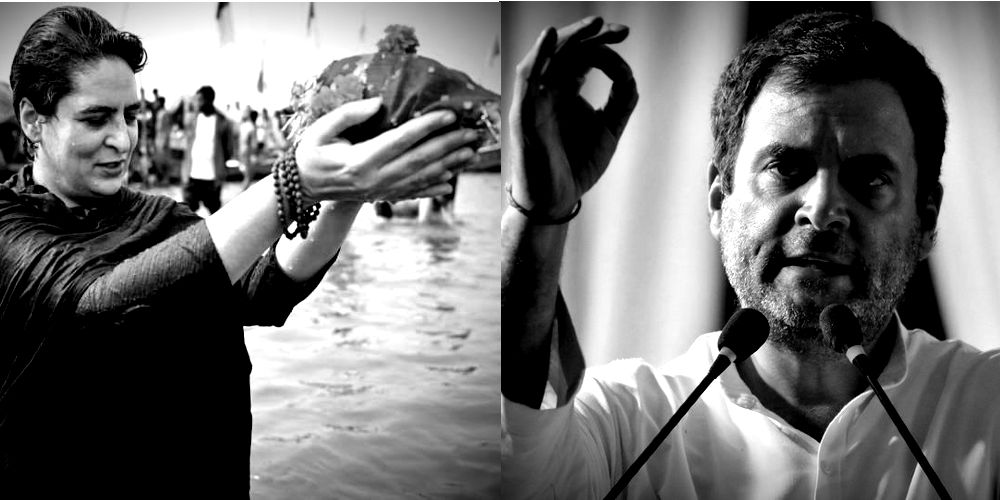 Priyanka Gandhi Vadra’s presence in Lakhimpur Kheri, scene of recent ghastly BJP callousness, would have electoral potential if, in addition to her personalability, there was also in her makeup a quantity called political stamina. I pray to God that she does not, like the Hare in Aesop’s fable, go to sleep after a few promising hops. But I am afraid she may.

My skepticism is based on experience of her off-and-on style of functioning in both, Rae Bareli and Amethi, the two UP constituencies considered to be the Gandhi Parivar’s “pocket boroughs”. Erasing public memory is a device in electoral politics which is given acceleration by the magic of television. Priyanka’s resemblance to Indira Gandhi, the way she carries the sari, clear diction, combative demeanour, spontaneous anger, a capacity to connect with the audience, all these are useful attributes. But these also have the potential of blanking out from public memory the electoral reverses the Gandhis have heaped on the Congress party.

Some years ago friends from Rae Bareli turned up in white khadi gear and Bata jogging shoes, looking very athletic. Priyanka Gandhi has invited “carefully selected Congress leaders like us for a Chintan Baithak, or brainstorming.”

The occasion for the “Chintan” was the party’s humiliating defeat in the 2012 UP elections. Worse, in Rae Bareli the Congress lost all the five seats which form segments of a parliamentary seat. In adjacent Amethi, the party lost three out of five.

After the “Chintan Baithak” led by the redoubtable Kishori Lal Sharma, gifted to the Gandhis by the late Satish Sharma, Rajiv Gandhi’s fellow pilot during their Indian airlines days, Priyanka put up her feet and rested.

Just when the 2014 Lok Sabha election campaign was warming up, grass root reports indicated a total rout for the Congress. Rae Bareli and Amethi too may be lost. This rang alarm bells. The prospect of neither Sonia Gandhi nor Rahul being member of the House would spell disaster for the family. They may lose 10 Janpath.

That is when Priyanka Gandhi jumped into electoral battle both in Rae Bareli and Amethi. Single handedly, she held onto the two seats for mother and brother by the skin of her teeth. These were the only two seats the party won from UP. After a spate of dismal performances, Priyanka’s solo notwithstanding, one would have expected the Gandhis to make alternative arrangements and bow out with dignity. They would have to be particularly thick skinned for staying on despite the embarrassments. “But a politician has to be thick skinned.” One of the acolytes chipped in.

Everywhere, in Indian conditions most certainly, politics is a 24X7 business. Party workers, constituents consider it their birthright to lounge on the lawns and amble along the corridor, often past the master bedroom. You cannot be part time politicians. You cannot campaign your guts out in Rae Bareli and Amethi and resume your razzmatazz lifestyle, occupying front row seats at Lakme or Rohit Bal fashion shows. That is not the culture of Indian politics.

Rahul, likewise, has a habit of packing up his bags and disappearing without notice, untraceable, presumably to some exotic locations. At the confederation of Indian Industry (CII) in 2013 he left the captains of Industry baffled, describing his journey from Gorakhpur to Mumbai by the Lokmanya Tilak Express. En route he met Girish the carpenter and others whom Rahul described as symbols of India’s aspirations, who, like the billion other Indians, were remote from authority in the capital cities.

The Panchayati Raj system had to be given more teeth. That seemed to be the burden of his song. That was eight years ago. If there is any life in that manifesto, he has been unable to do anything about it because his party has been out of power. And, there is no power in sight for as far as the eye can see.

The drumbeating for the Trinity continues regardless. The party is once again blown to smithereens in 2019 but……but what is the alternative to the Gandhis? This becomes the chant after every debacle. Meanwhile, leaders big and small leave the party in droves and cross over to the BJP, confirming the party’s credentials as the BJP’s B team.

A group of 23 senior Congress leaders, a mixed bag of very successful professionals and some redundant has-beens, write a desperate letter to Sonia Gandhi in August 2020. Please take decisions on the party, its direction. No response. Ok, say the 23, five states will hold elections in May 2021. Maybe, the party will recover some ground. A slightly reassured party leadership may be inclined to bring about changes. Keep our fingers crossed. Come the May elections and, lo and behold, the party is hammered out of the park once again.

Why are you being so uncharitable to the Congress at such a critical time? (They will say) Look, Priyanka is getting so much attention in Lakhimpur Kheri. Who knows, this maybe the recovery curve for the Congress.

This grand delusion is custom made to disrupt any opposition game plan for the 2024 general elections. The delusion is a function of the ruling class dream that India is somehow inching towards a two party system – the two parties are mirror images of each other except for one difference: the Congress will look the other way on allegations of love jihad and oppose lynching alleged beef transporters.

It was a horrendous tragedy in Lakhimpur Kheri which first grabbed primetime attention. But the fact that the cameras have stayed on Priyanka for so long eventually helps the channels and Narendra Modi. By themselves, the sibling are no threat to Modi. To the contrary, excessive media focus on them will only boost their egos to a point from where they will make unreasonable demands of coalition partners without whom there can be no strategy for the 2024 elections.