“In the last 4 years Robert Vadra has gone on a property buying binge and has purchased at least 31 properties mostly in and around New Delhi, which even at the time of their purchase were worth several hundred crores,” IAC members alleged.

And this is not the first time these questions have been raised against the famous son-in-law. The Economic Times did a story about this last year but did not generate that much buzz. One aspect about Vadra that has been widely discussed across the country is the extraordinary exception that has been made for him by the government. He has been granted exemption from pre-embarkation security checks at all civil airports in the country, which is strange given the fact that he holds no public office and is a private citizen. (See image below to see who all are exempted) 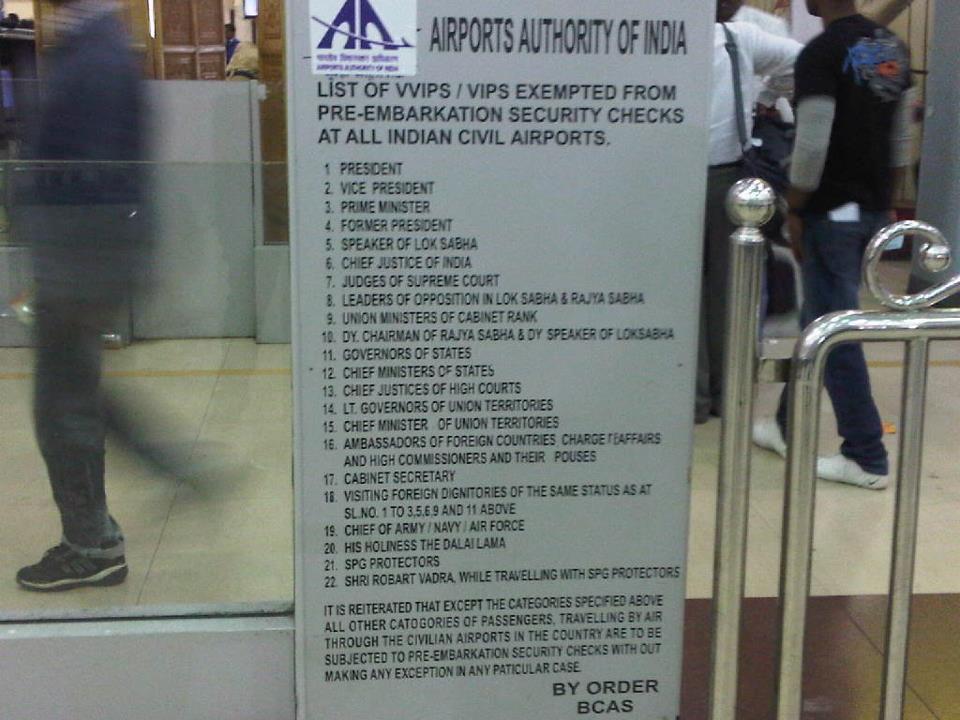 So why is Vadra exempted from frisking at airports despite being a civilian? Nobody had a clue till sometime ago when an RTI filed by a group called RTI Anonymous forced the Ministry of Home Affairs to explain why Vadra was being exempted from security checks at airports.

“Shri Robert Vadra has been granted exemption from pre-embarkation security checks at all civil airports in the country on the recommendation of this Ministry as a special case as he is married to a SPG protectee i.e. Smt. Priyanka Gandhi Vadra, in consolation with Central Security Agencies,” the Home Ministry said in its reply to the RTI. 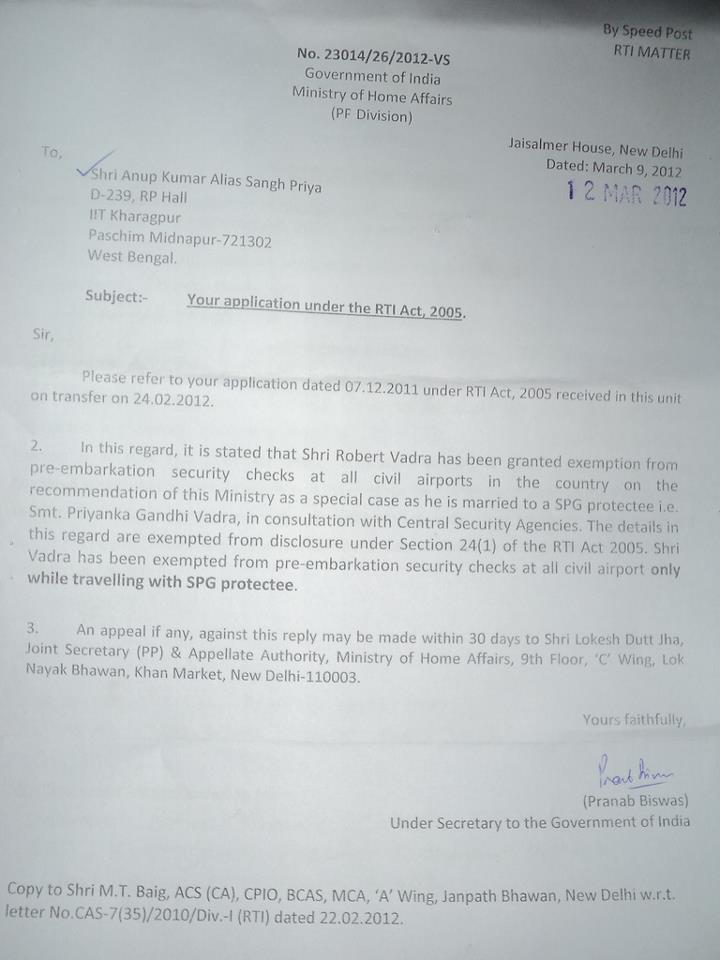 “The details in this regard are exempted from disclosure under Section 24(1) of the RTI Act 2005. Shri Vadra has been exempted from pre-embarkation security checks at all civil airports only while traveling with SPG protectee,” the reply further stated. (View the RTI reply below)

6 thoughts on “Revealed: Why is Vadra exempt from airport security checks?”