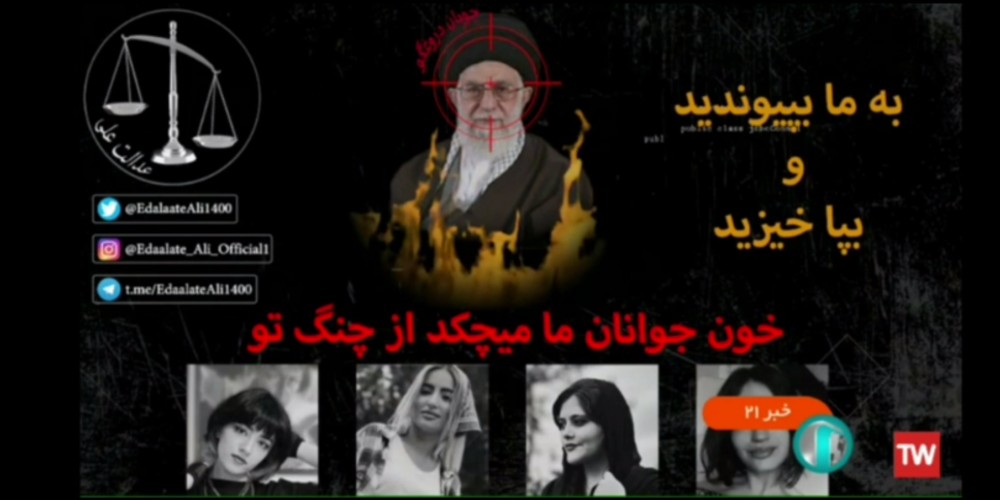 The 22-year-old Kurdish girl, Mehsa Amini’s death under suspicious circumstances at the hands of Iran’s “morality police” has raised a storm across the country beginning with her hometown in Kurdistan. What the police accused her of is somewhat unclear: she was wearing the hijab immodestly? Many Iranian women do. Was Amini unique because she was Kurdish, a region not in adoration of the regime in Tehran?

Iranian cinema, stifled because of the curbs, remains influential internally and abroad. This probably explains Oscar winning stars mobilized enough to chop off their hair in front of cameras with choreographic perfection. The infection reached the European Parliament in Strasbourg where lawmaker, Abiv al Sabanian pulled out a coiffeur’s pair of scissors and, before the Parliament in session, chopped off her hair as an act of protest. This is spreading in Iran mostly. The marvel is that the expansion of protest is despite internet restrictions imposed by the government to control the situation.

This serial chopping of hair does not necessarily diminish women’s hair style. In some ways it enhances it. Oscar winning stars and glamorous Parliamentarian would like to remain telegenic in the interest of their professions.

“Women have always taken more pains than men to adorn the outside of their head.” By contemporary yardsticks, sexism must have been rife in days when Joseph Addison wrote what we were taught as model essays. The great essayist would have asked, why are they making their hair shorter?

Shortening of hair would have invited a severe reprimand from Sharad Yadav: “par kati” (clipped wings) he would have snarled. Did Yadav’s opposition to “bobbed hair” for women correspond to the Ayatollah’s aesthetics? I fear there is a huge misunderstanding involved here.

Short hair may also be in fashion but Indian and Persian folklore and literature is replete with celebration of “hair upto the waist and lower down.”

“Jamuna mein kal nahakar usne jo baal baandhe, Humne bhi apne jee mein kya kya khayal baandhe” (After bathing in the Jamuna, she tied her hair in a bun; My heart also tied itself in thoughts I dare not utter)

No room for short hair here.

Oddly, what is happening in Iran, is not a story of coiffeur and hair styling: it is about the hijab which, in Iran means a modest headcover. The Iranian hijab is much simpler – a dupatta or a scarf which makes for a perfect frame for faces leaping straight out of Persian poetry.

For an Indian journalist, the paradox is engaging: Muslim girls in South Kannada and Udipi districts of Karnataka were some months ago being told to discard the hijab while attending classes. The girls did not compromise. They were fighting for Azadi, their right to wear the hijab. Feminine modesty was not the issue. The question of identity was. A dress code was being imposed on a minority community under pressure. It dug its heels in giving no space to majoritarianism.

Look at the irony. Sauce for the goose in this case is not sauce for the gander. Iranian women are fighting for Azadi from the hijab. Before the revolution in 1979, North Tehran dictated fashions which even metropolitan Paris followed. For this lot – rest of the country in pockets too – the austerities imposed by the revolution altered life styles totally.

Many interests in and outside Iran are crouching in the slips for just such an opportunity. From the very outset, the regime has had to brush under the carpet a risky theological debate. In Islam, particularly among Shias, there is room for a second coming by the twelfth Imam to sort out the world’s chaos. An Islamic state cannot, therefore come into being before the arrival of the twelfth Imam. To cope with this situation, the institution of “Vali faqih” or intermediate Imam was created. Vali Faqih, in this concept is temporarily incharge, pending the arrival of the Imam. To be a transient entity at inception must carry its own insecurities.

Spiritual leaders like Saiyyid Ali Sistani in Najaf, believes the role of the clergy is to guide, not to govern. Between these positions there is sufficient space for splinter groups and external mischief makers.

Against this background, consider the United States which has been hostile to the regime ever since the Shah, their man in the Persian Gulf, was dethroned by the Mullahs. The US, uncomfortable with the unfavourable stalemate in Ukraine, nervous about European resolve in the war, (Italy is already receiving Russian gas) unsure of the compressional election in November, will certainly try to help the opposition in Iran. Indeed, it is doing so already along with Israel, which knows how to cover its tracks.

When the Economist speculates that the protests may well be the precursor to a regime change because of the “exhilarating bravery” of the women, Tehran better take note. If men join, “the removal of the vile system may no longer be inconceivable.”

Secretary of State, Anthony Blinken, was quite explicit that the US would transfer to the protesters, advanced variants of the information technology that was responsible for so much internal and regional mobilization in Syria.

James Glanz and John Markoff of the New York Times had reported well before the US involvement in Syria. “The Obama administration is leading global effort to deploy “shadow” internet and mobile phone systems that dissidents can use to undermine repressive governments that seek to silence them by censoring or shutting down communications networks.”

The NYT reporters described “one operation out of a spy novel in a fifth floor shop in L street, Washington, where a group of young entrepreneurs, looking like a garage band, are fitting deceptively innocent-looking hardware into a prototype ‘internet in a suitcase’.” It was all in preparation of an elaborate “Liberation Technology Movement”.