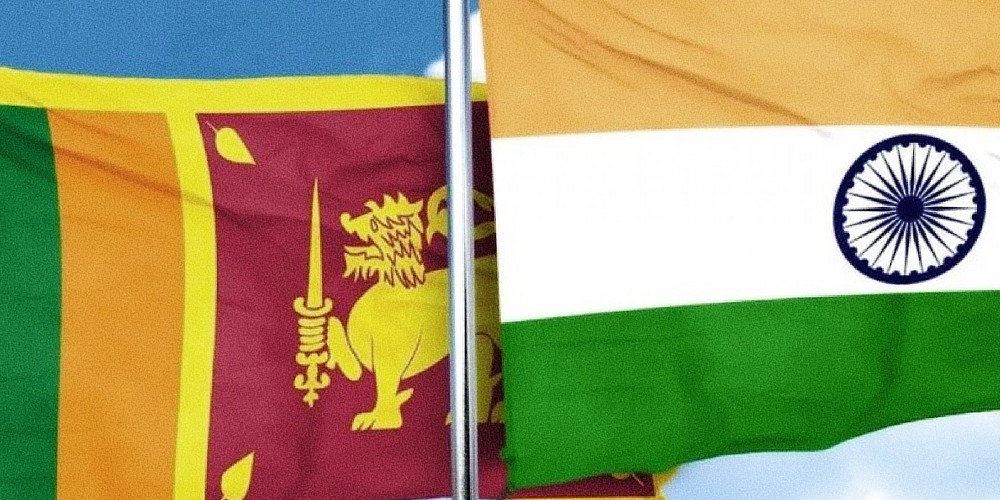 If Boris Johnson was the first casualty of the Ukraine war, the politico-economic collapse of Sri Lanka should signal the eclipse of the New Liberal economic order. Retaining Ranil Wickremesinghe simply because he can negotiate with the IMF, is bad news for Sri Lanka. Opposition leader Sajith Premadasa is dead right: “A Member of Parliament with one seat in Parliament is appointed Prime Minister, now the same person is appointed as Acting President.” Why this has happened is simple: the Americans wanted their man.

It was totally against my grain to be riveted on BBC’s live coverage of Johnson being gored from all sides for his Partygate shenanigans, throwing raucous parties at number 10 after having brought the nation under a strict Covid lockdown. Leaning over the dispatch box like a wounded stag, he would suddenly revive charging the opposition for playing “Phootin’s” game.

Just as Putin thought that he would wind up Kiev in a jiffy, the media hype, at deafening decibel levels would, it was assumed in Washington and London, resonate globally and cause Putin’s morale to collapse.

It turns out that Putin’s popularity has soared to 85%, while Joe Biden’s is 39%. What will these numbers sink to after the President’s party is (God forbid) roundly trounced in the November mid term elections to Congress?

Operation Desert Storm in 1992 was set up by the Thatcher-Bush Sr combine to underscore the post Soviet sole super power moment and to keep a reunified Germany in its place.

The same Anglo-Saxon duet are leading the West’s charge on Putin. At the time of writing the hyper active agent in the twosome, Boris Johnson, has fallen, thud, from his charger, his politics irreparably damaged. If Operation Desert Storm was the sole super power moment for Bush Senior, Ukraine is the solo moment for Biden, his partner Johnson having been tackled to the ground.

In the circumstances, the networks Washington has spawned, the QUAD, for instance, acquire saliency. Remember after China’s pact with the Solomon islands, islands are on a premium. When an island state like Sri Lanka teeters on the brink, it is pertinent to ask: how durable is QUAD?

US Foreign Secretary Anthony Blinken screamed from distant Washington, just when the street protests picked up in tempo, “the problems of Sri Lanka require long term planning.” This implies IMF’s intervention. At a time when people cannot place a loaf of bread on their table, there is no petrol for any vehicular movement, are they being offered “austerity policies” or something resembling it?

A flavor of Chinese thinking on Sri Lanka, much more revealing than a guarded official statement, is available in the Global Times.

“Two major external factors for the state collapse are the Covid19 Pandemic which has hit the pillar of Sri Lankan economy, the tourism industry. The other undeniable fact is the sanctions regime following the Ukraine war, causing massive food and petrol shortages worldwide.”

To these, add the foolishness of the Rajapaksas. Inspired by few know what, Mahinda Rajapaksa made an almighty switch from the conventional production of foodgrains to organic farming. Towards this end he stopped the import of chemical fertilizers, of which the farmers were totally starved just when they needed it.

The Global Times was spot on: the radical agricultural and economic policies launched by Sri Lanka, has made the country so vulnerable that “external factors” will have an impact.

“It has to be said that some countries like the US are more interested in using the Sri Lanka crisis for geopolitical manipulation.” They are not about to offer any assistance. Harshest is the Global Times punchline: The US looks at Sri Lanka, which is in such crisis, not with anxiety, but with “twisted excitement”, smacking its lips at an opportunity for strategic play.

This creates the context for QUAD and Sri Lanka. The QUAD is, by most accounts, an arrangement to checkmate Chinese aspirations in the Indo-Pacific.

In Sri Lanka, the India, China and US triangle can be played on a miniature scale. The Chinese, who have vast infrastructure development projects, are waiting and watching. They know the aircraft is going through turbulent weather – tighten your seat belts and don’t move.

This leaves the two QUAD members, India and the US, in the fray. Clearly, Sri Lanka falls in India’s sphere of influence. In other words will the strategic attitude toward Sri Lanka be determined by India? Or do American interests supercede Indian interests? This would seem to suggest that the Americans are more equal than others in the QUAD fraternity. Ofcourse, the US is the superpower in the grouping, but surely the sheer geographical proximity should give India greater say. These intra QUAD adjustments must be of interest to the Chinese.

The extended meeting on the margins of the G20 Foreign Ministers in Bali, Indonesia, between External Affairs Minister S. Jaishankar and China’s Foreign Minister Wang Yi was warm. Never in recent history has India been on a “sweeter spot” in world affairs, a fact due largely to a clear North-South divide after the Ukraine war with two sides wooing India.

A multipolar world is slowly taking shape while the West, led by the US, is digging its heels in to retain a margin of advantage in global power. That is the essence of the Ukraine conflict.

The Sino-Russian combine would be willing to invest heavily for Indian goodwill at this juncture. Who knows, the calm contemplation by China of Sri Lankan affairs may well be a gesture to leave the field open for India. Is brute competition giving way to adjustments?

If the foreign policy elite – short on information because the principals are having to digest so much in double quick time – can resist the temptation of making maximalist demands like “vacate Tibet”, this is the season for New Delhi to spell out a New Non Alignment. New Delhi should have its ears lose to the ground on both, Putin in Tehran and Biden in Saudi Arabia.