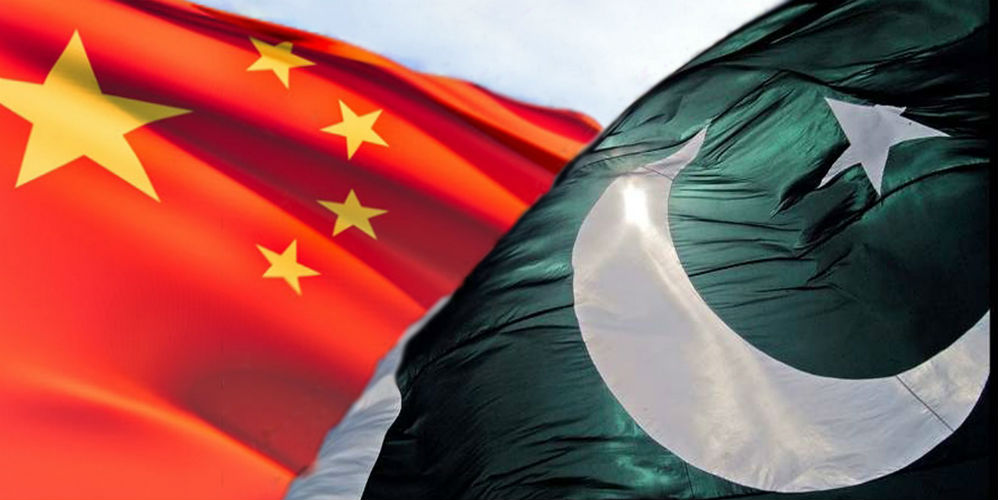 China and Pakistan have signed an Anti-Terror Cooperation Agreement devoted exclusively for China-Pakistan Economic Corridor (CPEC). The imperative being increasing threat to the CPEC from jihadi groups. The agreement was signed in Beijing after extensive talks between Meng Jianzhu, head of the Commission for Political and Legal Affairs of the Communist Party Central Committee with his Pakistani counterparts Foreign Minister Khawaja Asif and National Security Advisor, Nasser Khan Janjua.

The timing of the visit by this Pakistani delegation assumed importance because it was in the wake of BRICS Summit, wherein Pakistan was indirectly castigated for harbouring terrorist groups and sponsoring terrorism. The agreement in a way reiterates China’s surprise position in BRICS on jihadi terror groups in Pakistan. It appears that these groups have begun to cause anxiety amongst the Chinese authorities with regard to the security of CPEC. It may also be mentioned that Pakistan has already deployed some 15,000 personnel, i.e. 9,000 army and 6,000 para-military, for the security of the CPEC.

This anti-terror cooperation agreement exclusively for the CPEC is a tacit admission that many of the jihadi groups operating from Pakistani soil are against the project. All jihadi tanzims are ultimately global jihadi organizations in orientation and treat Pakistan as merely a base. It is the concept and mission of global jihad that the factories of jihad, i.e. Mosques and Madrasas relentlessly purvey, invoking relevant suras of Quran.

In the Quran, there is no mention of entity called Pakistan. Of course, there is indeed mention of Ghazwa-e-Hind, which prophesizes that the ultimate battle of Islam will be fought in the Indian Subcontinent. So, bereft of any mention in Quran, Pakistan has absolutely no Islamic sanctity in the scheme of global jihad. The jihadis are weaned on the idea of global jihad rather than Pakistan in their indoctrination. The strategic agenda of Pakistani State is only an adjunct of global jihad.

In his book ‘The Foundations of Islam: The Making of a World Faith’, Benjamin Walker writes: “In more practical terms, the rigid adherence to the precepts of Koran and Sharia, and to the many interdictions arising from Prophet’s strongly puritanical outlook would mean many awkward changes having to be made in the lifestyle of Muslims and a reversion to a very primitive mode of existence. It would mean an end to all forms of secular music and the playing of all musical instruments. It would mean a ban on all illustrations in books, magazines and posters and, above all, would proscribe all photography, cinemas and television. The Koranic law strictly enforced would mean the virtual imprisonment of women in their homes, a return to the days of slavery and concubinage, the reintroduction of public flogging, amputation of limbs, beheading, crucifixion, stoning to death and the persecution of infidels. All these and many more prohibitions and obligations are unequivocally and incontestably demanded by Koranic or sharia percepts.”

Then there is the US factor. Will the CPEC serve as the impetus for US presence in Afghanistan in perpetuity? The US has not been averse to leveraging jihadi groups and in turn the jihadi groups are known to have no compunction in allying with the highest bidder. At some stage the OBOR will pose not only a strategic challenge to US geopolitical interests, but critically, the supremacy of the American ‘dollar’. Hence the stakes are very high.

All that China wants is the territory of Pakistan for strategic corridor to Gwadar, while an impoverished Pakistan desires Chinese weapons and strategic assurance against India. In other words, it wants strategic partnership of China to sustain its violent philosophy against the Indians.

Confronted with unremitting jihadi terrorism in Xinjiang province, which constitutes one-sixth of China, the Chinese authorities have diagnosed Islamic jihad with clinical precision, and arrived on its own prescription based on the Chinese ways. Its prescription includes banning of beards, burkas and Ramadan for government officials.

Given the internal upheaval and instability in Pakistan owing to the jihadi churn caused by the tanzims that scar the country, China seized the opportunity and exploited it to its advantage. A befuddled, tentative and insecure political leadership, a military increasingly dependent on jihadis for dealing with external enemies, jihadi tanzims getting increasingly strident on the path to global jihad, widening chasm with the US and the West, and an economic situation hurtling towards disaster – these cumulative factors provided China the ideal opportunity to grab the land of Pakistan.

It may be remembered that China does not believe in allies, it only creates client states.

The moot question therefore is that the strategic love affair that China has with the Pakistan military, will it be shared by the jihadi tanzims?

The China-Pakistan Economic Corridor as part of the One-Belt One-Road (OBOR) initiative has the historical ‘silk road’ connotations. It is in a way reclamation of its civilizational reach and influence that China enjoyed in the past, even before Islam was born. In the book ‘The Silk Roads’, William Dalrymple writes: “There was good reasons why the cultures, cities and peoples who lived along the Silk Roads developed and advanced: as they traded and exchanged ideas, they learnt and borrowed from each other, stimulating further advances in philosophy, the sciences, language and religion.” There was along the silk route exchange as well as contest of religions, cultures and ideas. Further Dalrymple writes: “The intellectual and theological spaces of the Silk Roads were crowded, as deities and cults, priests and local rulers jostled with each other. The stakes were high. This was a time when societies were highly receptive to explanations for everything from the mundane to the supernatural, and when faith offered solutions to a multitude of problems. The struggles between different faiths were highly political. In all these religions – whether they were Indic in origin like Hinduism, Jainism and Buddhism, or those with roots in Persia such as Zoroastrianism and Manichaeism, or those from further west such as Judaism and Christianity, and, in due course, Islam – triumph on the battlefield or at the negotiating table went hand in hand with demonstrating cultural supremacy and divine benediction.”

Now, the question that teases any thinking mind is whether China and the Pakistani jihadi tanzims are prepared for any kind of religious, philosophical and cultural exchange that may be spurred by the CPEC? Will the Uighur jihadis of Xinjiang province from where the CPEC emanates, repudiate jihadism? It is believed that there are 7,000 Uighur jihadis fighting for the ISIS in Syria , allegedly trained by the CIA. Also will the jihadis of Pakistan abandon their religious philosophy in deference to the CPEC? Will Pakistan abandon its emphasis on jihadi proxy war? Can jihadi bases and the CPEC co-exist in Pakistan?

All through the 80s, the Cold War finale in Afghanistan was fought between two extremist ideologies, i.e. Communism and Islamic Jihad. The US and its allies defeated the Communist forces by creating and using the jihadi machine. Will the territorial embrace between China and Pakistan impel the two countries to dissolve their extremist ideologies?

Though Pakistan may think that the CPEC is the panacea for all its economic and security problems, the reality is that the project has much deeper questions rather than shallow answers.