Prashant Bhushan recently submitted a supplementary affidavit in the Supreme Court of India where he has submitted evidence to back his allegations that “half of the last 16 Chief Justices have been corrupt.”

The affidavit also lists instances of how impeachment motion could not be brought against some CJIs. The reason, Bhushan states, is the reluctance of MPs to sign an impeachment motion against a sitting judge of the Supreme Court or a sitting Chief Justice of a High Court (despite documentary evidence of serious charges of misconduct). This is because of a fear of judicial backlash against the MP or his political party, most of whom have cases pending in the courts.

The excerpts from Prashant Bhushan’s affidavit are reproduced below.

Chief Justice Rangnath Mishra as a judge of the Supreme Court presided over a Commission of Inquiry on the genocide of Sikhs in 1984.

He conducted the inquiry proceedings in a highly biased manner and went on to give a clean chit to the Congress party, despite there being considerable evidence implicating senior leaders of the Congress party.

The evidence against the Congress leaders and party has come out in subsequent official inquiry reports as well as in the subsequent CBI investigations.

He went on after his retirement to agree to become a Rajya Sabha MP of the Congress party. 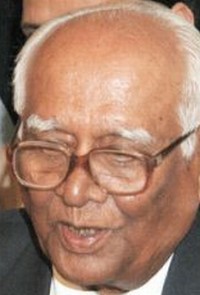 Several of these were passed during his 18 day tenure as Chief Justice, and many of these cases were ordered to be listed before him by oral mentioning.

This became such a talked about scandal in the corridors of the Court that eventually in a hearing on 9th December 1991, the counsel for the Union of India was forced to object to the manner in which the cases came to be listed before Justice K N Singh’s bench. He was forced to give a labored explanation about how and why he ordered the matter to be listed before him when it was before another bench.

All these judgments came to be reviewed and reversed later by a series of subsequent benches, in some of which, the review petitions were heard in open court, in a departure from the normal procedure. 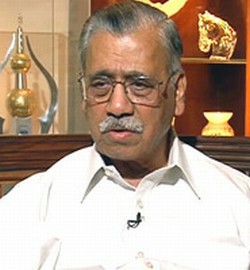 Chief Justice A M Ahmadi who succeeded Justice Venkatachalaiah went on to quash the charge of culpable homicide in the criminal case arising out of the Bhopal Gas leak.

Seven benches were changed during the hearing of this case, the only common judge in all these benches was Justice Ahmadi who was Chief Justice and constituting the benches.

This judgment of quashing the charge of culpable homicide before the trial, not only delayed the trial, but led to such miscarriage of justice, that the Supreme Court has thought it fit to issue notice on a curative petition filed by the CBI even 14 years after that judgment.

Justice Ahmadi’s house in Kant Enclave is completely illegal and in violation of the Supreme Court’s judgments as well as the Forest Conservation Act has now been emphatically stated by the Supreme Court itself in its order dated 14/5/08 on the clarification application on behalf of Kant Enclave.

The Centrally Empowered Committee of the Court has found the violations of those who constructed their houses in Kant Enclave so egregious, that they have recommended the demolition of these constructions which includes that of Justice Ahmadi in their report dated 13/1/09.

The Committee on Judicial Accountability had prepared an impeachment motion against Justice M M Punchhi, which had been signed by more than 25 members of the Rajya Sabha. The motion did not get the requisite number of signatures since he went on to become Chief Justice of India.

The six extremely serious charges in the impeachment motion against Justice Punchhi are detailed below:

1. That as a Judge of the Supreme Court, while deciding an appeal of Shri K N Tapuria against a judgment of the Bombay High Court dated 10.12.93 by which he was sentenced to two years rigorous imprisonment, Justice Punchhi allowed the Appeal and acquitted Shri Tapuria on thebasis of a purported compromise entered into between Shri Tapuria and the alleged representative of M/s Turner Morrison & Co., and thereby remitted his prison sentence. This was done despite the fact that the offence of criminal breach of trust for which Shri Tapuria had been convicted cannot be compounded in law and thus could not have been allowed to be compromised by the complainant. In fact, the order acquitting Shri Tapuria dated 25.4.95 passed by Justice Punchhi was on extraneous considerations.

3. That as Inspecting Judge of the Punjab & Haryana High Court, Justice Punchhi made an adverse inspection report questioning his integrity, against Shri K.S. Bhullar, Sub-Judge-cum-Judicial Magistrate of Punjab, for the reason that Shri Bhullar had refused to decide a case before him involving Justice Punchhi’s co-brother in his favour.

4. That as a Judge of the Supreme Court, Justice Punchhi attempted to hear and decide a case involving the validity of section 8 (a) of the Capital of Punjab (Development and Regulation) Act, 1952 though he was personally interested in the outcome of the case.

5. That Justice Punchhi attempted to browbeat officials of the Registry of the Punjab & Haryana High Court when they came to take inventory of items of furniture at the residence of the then Chief Justice of the Punjab & Haryana High Court, Justice V. Ramaswami. He ordered them to mention in the inventory report that all the items had been found in order even when these had not been verified and this was not true. Thereafter, when this matter became subject of the impeachment proceedings was put in issue in Writ Petitions filed in the Supreme Court, Justice Punchhi attempted to hear and decide that case, though in view of his role in the matter, he was clearly disentitled from doing so.

6. That as Judge of the Supreme Court, Justice Punchhi, kept pending with him a matrimonial proceeding involving one Ashok and Rupa Hurra from Gujarat, even after it had become infructuous. The matter was kept pending in order that a fresh Petition to be filed by the husband also come before him. These proceedings were finally decided by him for extraneous considerations in a manner which was contrary to law.

1. That Shri A S Anand, when he was the Chief Justice of the High Court at J& K, heard and passed favourable interim orders in the case of one Krishan Kumar Amla, soon after hehad accepted gratification from Shri Amla in the form of a 2 Kanal plot of land at Ganderbal, Shrinagar. That Shri Anand accepted this gratification from Shri Amla even though he had been as a judge hearing and dealing with the cases of the companies owned by Krishan Amla and his father Tirath Ram Amla. These acts constitute gross misconduct and misbehavior on the part of a Judge.

2. That Shri A S Anand abused his office and influence as a judge and Chief Justice of the J&K High Court to hold on to the ownership of Agricultural land which should have been vested in the government under the J&K Agrarian Reforms Act of 1976.

3. That Shri A S Anand, while he was a judge of the Supreme Court, abetted his wife and mother-in-Law in filing a suit based on false averments in a civil court in Madhya Pradesh. During the proceedings before the Civil Court, he abused his influence and authority to get the revenue authorities to suppress from the trial court the record of the proceedings before the revenue Court. That he subsequently used his influence to get the MP government to withdraw the Special Leave Petition filed by the State against his wife.

4. That Shri Anand abused his office and influence as Chief Justice of the J&K High Court to get from the government of J&K a 2 Kanal plot of land at Gandhinagar in Jammu for a price which was a small fraction of the Market price of that land. That in doing so, he gave a false and misleading affidavit that he owned no land or immovable property in Jammu.

The most serious among the charges against Chief Justice Y K Sabharwal was that he passed a series of orders for sealing commercial properties in Delhi which were operating in residential areas. The immediate consequence of his orders was to force shops and offices to shift to shopping malls and commercial complexes being constructed by builders and developers, which resulted in increasing their prices enormously almost overnight.

At precisely the time when Justice Sabharwal passed these orders of sealing, his sons entered into partnerships with some of the largest shopping mall and commercial complex developers and thus made huge profits by virtue of his orders. Moreover, the registered offices of his sons’ companies were at the official residence of Justice Sabharwal at this time.

Apart from this, Justice Sabharwal’s sons were allotted huge commercial plots by the Mulayam Singh government of Uttar Pradesh in Noida at highly concessional rates, at a time when Justice Sabharwal was dealing with the case of Amar Singh’s tapes, the publication of which he had stayed.

As a result of these transactions, the sons of Justice Sabharwal, who till he started dealing with the sealing case, were small traders having a turnover of less than Rs 2 crores went on to purchase a property of Rs 15.43 crores in Maharani Bagh in March 2007 and more recently a property at 7 Sikandra Road for Rs 122 crores (in partnership with their builder friends) in April 2010.