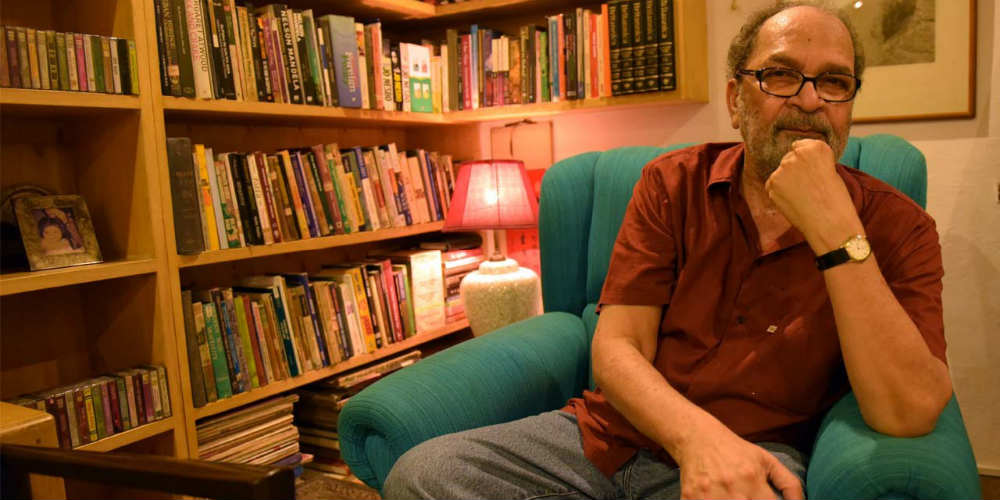 Pakistan Prime Minister Nawaz Sharif’s fate hangs in the balance on unexplained finances, most specifically for apartments he acquired on London’s most expensive stretch, Park Lane, facing Hyde Park. I visited the most prized of these apartments on October 15, 1999, days after Gen. Pervez Musharraf ousted him in a coup on October 12.

To make sense of the military handouts explaining the situation, I turned up in London to interview his youngest son, Hasan then 23, who, I presumed would have been in touch with members of his family in Islamabad and Lahore.

What struck me and my camera crew were the rich, opulent interiors, heavy curtains one would expect at the Savoy and the Dorchester, sofas with upholstery so expensive as to hover between class and vulgarity. The deep corridors lead to many bedrooms, one of which Hasan occupied even when he was at London University. To elevate the grand style of the Sharifs was a butler in attendance, wearing tails of impeccable cut, as if he were off to the Ascot races.

My interview with Hasan was about the coup and its aftermath, but as the 118 Park Lane acquired saliency in the current corruption saga, I looked at the video again from the angle of “ill-gotten wealth”. There was plenty of it in the footage.

A thought crossed my mind: it might be of interest to TV channels in Pakistan.

Immediately, my hand was stayed by a left-liberal friend in the media.

“This footage will weaken civil society which is suspicious of Imran Khan’s collusion with the army.”

Another story, ironically this one concerning Imran Khan, comes to mind.

I had turned up in Israel, to interview Prime Minister Yitzhak Shamir totally against the advice of my left-liberal friends – Prof. Mushirul Hasan, for instance. Muslim Congressmen surrounding Rajiv Gandhi were advising him against upgrading relations with Israel “because the Muslim vote would be adversely affected.” This, I wrote, was rubbish. Salman Rushdie, Shah Bano, Babari Masjid and relations with Israel were not life and death issues for Indian Muslims. Education, entrepreneurial help, jobs were the substantive issue. It was this argument I had armed myself with for my journey to Jerusalem. We would be that much more influential on the Palestinian issue I had argued.

Linda, the Press Secretary to Shamir showed me a list of “Pakistanis who claimed to have been sent by Imran Khan to explore relations with the Jewish state”. Remember Jemima was married to Imran and her multi billionaire father, Sir James Goldsmith wielded great influence in Jerusalem. I did not write that story because Imran then was much more a cricketer than politician. Moreover, Linda had shared this information in confidence on a personal basis.

When Benazir Bhutto sought a conversation with Israeli President Ezer Weizman during Nelson Mandela’s inauguration in Pretoria in 1994, I did mention the fact. She was a Prime Minister, trying to connect with Israel clandestinely.

When the Janata government under Morarji Desai encouraged Bhutan to open up gradually in international affairs, South Block was split on the pace of this openness. At this juncture the successor government of Prime Minister Charan Singh, hurriedly invited Shyam Nandan Mishra, the MP from Bihar, to attend the Non Aligned Summit in Havana in September 1979 as the new External Affairs Minister. A novice in world affairs, Mishra put his foot in his mouth on a secret treaty which guides Indo-Bhutan relations.

So cross was King Jigme Singye Wangchuk that he invited me to Mumbai where he was halting on his journey from Havana. This was most unprecedented. No king of Bhutan had ever given an interview to a journalist.

The interview, published behind the back of the establishment, created a sensation. The hawks in South Block were angry because I had provided a forum to the King to vent his anger on a very sensitive issue which may give a handle to China. In those days also “grazing grounds” between Bhutan and China were an issue. Head of Bhutan’s Geological Survey, Sonam Ragbey, was in and out of New Delhi with maps. It was all very hush, hush.

The dilemma facing me then was: should I have anticipated the Indian hawks and, posing as a protector of the national interest, killed the story? Or should I abide by the old dictum: publish and be dammed?

I took the latter route.

A quest for balance on International Affairs in the Indian media has always been a fool’s errand. The Imperial-colonial stranglehold obtains to this day. When Ronald Reagan bombed Bengazi and Tripoli in April 1986 because US intelligence had picked up chatter in a Berlin discotheque that Libyan terrorists were about to target Western locations, the story was either not noticed in India or the Western version was wallowed hook line and sinker.

When I turned up in Tripoli to interview Qaddafi whose six month old daughter had been killed in the air raid on his Palace, I was regarded as a subversive, blackleg by the Western press corps. I still remember a disapproving Kate Aide of the BBC in the hotel room opposite mine.

The entire anti-Qaddafi propaganda was based on falsehoods. Should I go along with the powerful conventional wisdom forged globally or puncture it since I had witnessed the incontrovertible truth?

The interview made banner headlines in European newspapers like La Republica, but I also lived to see how powerful the Western lobbies were on that solitary event.

Prime Minister Rajiv Gandhi, who had dispatched his external affairs minister, Bali Ram Bhagat to commiserate with Qaddafi in Tripoli, came under such heavy pressure from the Reagan White House, that he was obliged to make Bhagat the scapegoat. He was sacked.

It was clear as daylight once again that in situations like this, whatever the official line, the only principle a journalist with spine must abide by is, “publish and be damned”.