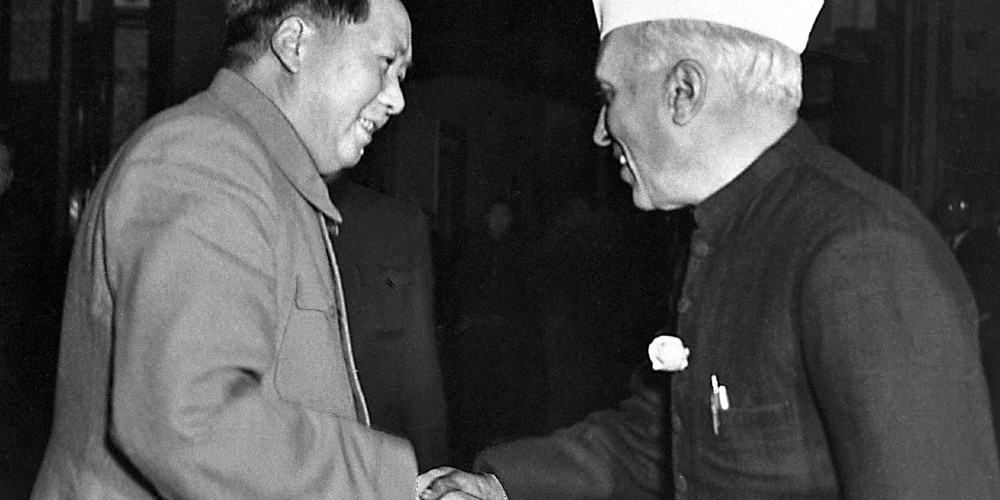 A clue to the future of Sino-Indian relations lies in the different ways the two ancient civilizations came out of their respective cocoons into the modern world in 1947 and 1948.

Indifference to the debates in British Parliament preceding the Indian Independence Act in July 1947 may lead to faulty conclusions. Prime Minister Clement Atlee’s was an elaborate exposition, on why Independence was being bestowed on India. The plan of June 3 is, after all, known as the Mountbatten Plan. At the request of Indian leaders, he stayed on as the first Governor of Independent India. It was all very chummy to the very end. The friendship with Mountbatten was so deep that the Nehrus, particularly, Vijaylaxmi Pandit, were regular visitors to Broadlands, his family Estate in Hampshire. India’s first Prime Minister, nursed the friendship with great care: he was even averse to observing the centenary of 1857 because “Dickie” was still alive.

Mao Zedong, meanwhile, was going through the rigours of the Long March across China recorded in Red Star over China by Edgar Snow in 1937. In 1942 when Generalissimo Chiang Kai Shek (and Madame Chiang Kai Shek) visited India as the Supreme Commander of the Allies during World War II, Mao Zedong’s Communist army was laying plans to chase him out towards Taiwan. China had come through the purgatory of a revolution, heavy US support to the Generalissimo notwithstanding.

It followed that the two countries would embark on different development routes too. Friends have helped me refresh my mind on that dry theme by furnishing two classic, period movies on India’s first decade and Breaking with Old Ideas on China during Mao’s Great Leap Forward.

In the Chinese film, the regional committee of the party appoints one of its energetic non-academic cadres, with experience of land, as principal of an Agricultural College. The traditional teachers, most of them veterans of one of the many stretches of the Long March, resent the new principal’s mobilization of students and peasants to shift the Agricultural College from an urban to a rural location. The principal believes this would provide greater synergy between knowledge and its application in agriculture and animal husbandry. The new college is actually built by students and peasants.

There is a delicious exchange between the principal and faculty: should a chapter on Mongolian horses be replaced by a study of buffaloes who were falling ill in the area. Buffaloes win the day. We would be justified in screwing up our noses at frequent references to “Mao’s thoughts” if they had been in the way of a $10 trillion edifice which is what China eventually is today. I would invent Gods to bow before if our economy were even a fraction of that sum, with one proviso: can we honestly claim that we have shown fidelity to our constitution – Justice, Liberty, Equality, Fraternity – with a sense of achievement.

Reverting to the movies: transition from Chetan Anand’s debut movie with haunting melodies by Ravi Shankar, Neecha Nagar (Shanty Town) in 1946 to Bimal Roy’s Do Bigha Zameen (small land holding), 1953, only amplifies rural distress, aggravated by exploitation in the name of development. The ruling classes dispossess the peasants of their meagre holdings, with promises of an elusive housing project here and an industrial unit there, forcing rural folk (as in Do Bigha Zameen) to turn to cities to eke out an existence.

Not only is the dream of hope in Neecha Nagar, at the cusp of independence, shattered but it leads consistently to disappointments as post-independence decades pass. Raj Kapoor, of course, deserves salutations: in Awara and Shree 420 he inaugurates a trend in popular cinema to look at “Inequality”, straight in the eye. In this he is 50 years ahead of Thomas Piketty’s “Capital in the Twenty-First Century”.

A popular song dwells on all the houses cornered by the rich while “we sleep on footpaths”. It is graphically summed up by Sahir Ludhianwi in “Phir Subah Hogi” (The Dawn will break).

(The Arab world, China are all ours; Hindustan belongs to us. Never mind if we don’t have a roof over our heads, The whole world is ours)

The song taunts Nehru’s “Hindi Chini” bhai bhai, non-alignment, Afro-Asian solidarity as much as it does “Vasudhaiva Kutumbakam”.

Summon a procession of these images in the mind’s eye and note the stunning continuity in the march of the dispossessed millions beginning with the lockdown of March 24 upto, say, mid-May when a sort of fatigue set in – human kind cannot take too much tragedy.

The country has, in the meantime, accumulated 138 billionaires and millions upon millions below the poverty line – in the 73 years of independence. Confronting us is a neighbour, China, with a comparable population and depth of Civilization but which built itself into a great power status on “Atmnirbharta” or self-sufficiency, which Prime Minister Modi dreams for India. Give me an egalitarian system guaranteed by the Rule of Law, and my comparisons stand withdrawn.

The hawkishness which informs the current chorus, “India of 2021 is not the India of 1962”, ignores the accompanying truth: China of 2021 is not the China of 1962. It is challenging the United States. Author of the much discussed, “Destined for War”, Graham Allison, Professor of Government at Harvard, has used “Thucydides Trap” to describe the Sino-US jockeying. The truth to be distilled from the great Greek historian’s analysis and record of the 30 years’ war between Sparta and Athens (Peloponnesian Wars) yields an abiding truth: when an established power is challenged by a rising power, conflict occurs.

Supposing the established power is preoccupied and is craftily inclined to downgrade the game and shift it notionally to another ballpark? It projects the Thucydides logic to operate on the two Asian giants. This would give the US an elevation, a notional perch above the Asian combatants. But it takes two to clap: where is the rising challenger?