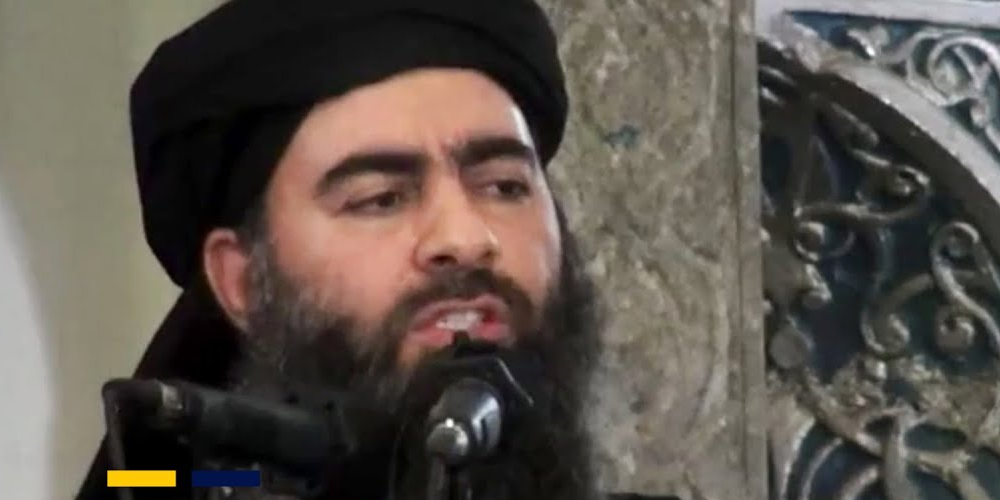 In these dark days when terrorism has become a strategic asset, to bump off a superior practitioner like Abu Bakr al Baghdadi has implications. Had he begun to serve the interests not of his original handlers but, possibly, their rivals? Has he been eliminated at all? Does his disappearance leave unprotected those oil wells, which his gang or his patrons profited from? Is the drama in murky light, a bait to drag President Trump back to the West Asian arena which he is militarily withdrawing from? From the very beginning, Syria was at the heart of the conflict between Trump and the Deep State which is now accepted even by the New York Times.

In fact, NYT’s Establishment columnist Thomas Friedman, while applauding the killing of the ISIS, reveals which side he is on in the Trump-Deep State conflict. He notes, satirically, how “effusive Trump was of the intelligence agencies who found and tracked al Baghdadi to the lair in Syria where he blew himself up to avoid being captured.”

Friedman then gives vent to the bile he has accumulated against Trump for having been at cross purposes with the Deep State Friedman so obviously adores. “Well, Mr. President, those are the same intelligence agencies who told you that Russia intervened in our last election in an effort to tip the vote to you and against Hillary Clinton.” What does this line of reasoning mean?

When history is written, Trump will be faulted on a hundred counts, and severely. But it would be uncharitable not to note one truth about him: Trump is the only President in recent history who tried to end military conflicts the US was involved in and who did not start a conflict. There have been 13 military conflicts in recent decades costing $18 trillion, by some estimates.

The Baghdadi image did have its uses. The last time his photograph appeared on front pages of newspapers was after the Easter Sunday massacre in Colombo, Sri Lanka on April 21. On TV too Baghdadi was shown claiming the massacre as “revenge” for attack on a mosque in New Zealand. French experts, among others, soon established that it was a fraudulent clip – a voice had been super imposed on his visage.

Which outfit would like to stir up a conflict between Sri Lanka’s two frail minorities – Muslims and Christians? New Delhi alerted Colombo as early as April 4, that a major terrorist attack can be expected. How did New Delhi know?

At this time Sri Lanka was sharply divided between two camps: President Maithripala Sirisena had embraced China’s Road and Belt Initiative; Prime Minister Ranil Wickremesinghe was in convulsions to sign the (SOFA) Status of Forces Agreement with the US before the next general elections.

A puzzle remains. The island nation is at the centre of fierce competition between a rising China and a retreating US for influence in the Indian Ocean. Over 300 people are killed; 500 injured. Among those killed are Chinese Marine engineers. Hotels attacked have Chinese links. Whodunit?

There were stories about Saudis leaving because they had advance knowledge. Supposing the al Baghdadi clip claiming the massacre had been borne out by facts, which direction would the needle of suspicion point to? Islamic terror? What purpose would that narrative serve?

Looking for simple answers would not help. A small island nation, just recovering from a vicious civil war, would be shaken up by the sheer scale of the massacre, warranting the appearance of intelligence agencies from everywhere – US, UK, Israel, Australia, India. An initial pooling in of intelligence would lead to a penetration of systems until the benefactors achieve their hallowed goal: place roadblocks in the way of the Road and Belt project.

That may or may not have been the plan but police sniffer dogs found something extraordinary while walking through the Jaic Hilton hotel. The dogs stopped in front of an apartment and would not stop barking.

The management cited some difficulties in opening that apartment, national security or no national security. After considerable time had lapsed, two persons claiming to be with the US embassy turned up. In the room were two “explosive detectors”. The detectors, said the two men, were for their personal security. Just look at the cockiness of this stance. They ignored the obvious fact: dogs would only bark if the detectors had been in touch with explosives. These details are part of the investigations conducted by Dr. Michael Roberts of the University of Adelaide.

Those who tried to foist the tragedy on al Baghdadi were obviously embarrassed. But even a fraudulent use of the ISIS chief was possible when he was still theoretically alive. He may be missed. Even NYT’s Friedman, I have quoted earlier, had recommended that al Baghdadi can be creatively used in the American interest. He advises Trump not to waste his time fighting the ISIS. He wants “Trump to be Trump – utterly cynical and unpredictable.” He continues, “Trump should let ISIS be Assad’s, Iran’s, Hezbullah’s and Russia’s headache.”

Friedman has not cooked up the theory of terrorism as a strategic asset on his own. He has acquired this wisdom from leaders, including US Presidents like Barack Obama. In the course of a lengthy interview in August, 2015, he asked Obama a very pertinent question. When ISIS first reared its head in Mosul a year ago, why did the President not immediately bomb it out of existence?

Obama stated quite plainly: “we did not just start taking a bunch of air strikes all across Iraq because that would have taken the pressure off Iraqi Prime Minister, Nouri al Maliki.” Obama’s priority was not the elimination of the founder of the Caliphate. His priority was to exert pressure on Nouri al Maliki to vacate the Iraqi Prime Minister’s office. Why? Because Maliki was “brazenly” pro Shia and had refused to sign the Status of Forces Agreement with the US. Obama’s “one-two” (to use a term from boxing) worked. US pressure, and al Baghdadi’s menacing presence at the gates of Iraq’s capital, helped ease Maliki out.