Behind the push by the UPA Government in its dying days to install Lt Gen Dalbir Singh Suhag as the next COAS, is the powerful Arms Lobby which has billions of dollars at stake. The alleged ‘Line of Succession’ which was put in place is now entering its final phase. When this was challenged in the Supreme Court of India in a bid to uphold the institutional integrity of the Armed Forces, the petition was dismissed as being communal, mainly since the three main people in the line of fire were Prime Minister Manmohan Singh, former Army chief JJ Singh and the present COAS – General Bikram Singh!

With the BJP’s Dr Subramanian Swamy’s plea to stop the UPA from pre-poning the next Army chiefs appointment being forwarded by the President to the Prime Minister, the Ministry of Defence (MoD) and the UPA spin doctors are at it again, trying to trivialize facts and spread lies which fail to stand up to the most basic scrutiny.

[sociallocker]Sometimes the truth is a bitter pill to swallow especially when we as a nation are betrayed by our own. All the moral grandstanding comes to nought when the Army’s top two officers, under the UPA and PMO’s protective shield, stand accused of some of the most heinous crimes. Worse, this blatant alleged acts weaken the very purpose of AFSPA, which is meant to protect our soldiers from false cases, and not something to be used by the top brass in pursuing an agenda of their own. Will the former Army chief, General VK Singh and his band of supporters, ridiculed and attacked by the spin doctors of the UPA, be vindicated after all?

The MoD and the government are already lying through their teeth. Lt Gen Ravi Dastane’s hearing has been curiously shifted from May 2 to September, rendering his case meaningless. The Jorhat incident is being brushed aside as being a case of a junior NCO stealing a cell phone, while Major T Kiran, the whistleblower in the Manipur killings is under virtual arrest with the Army desperately trying to get him to retract his statement. 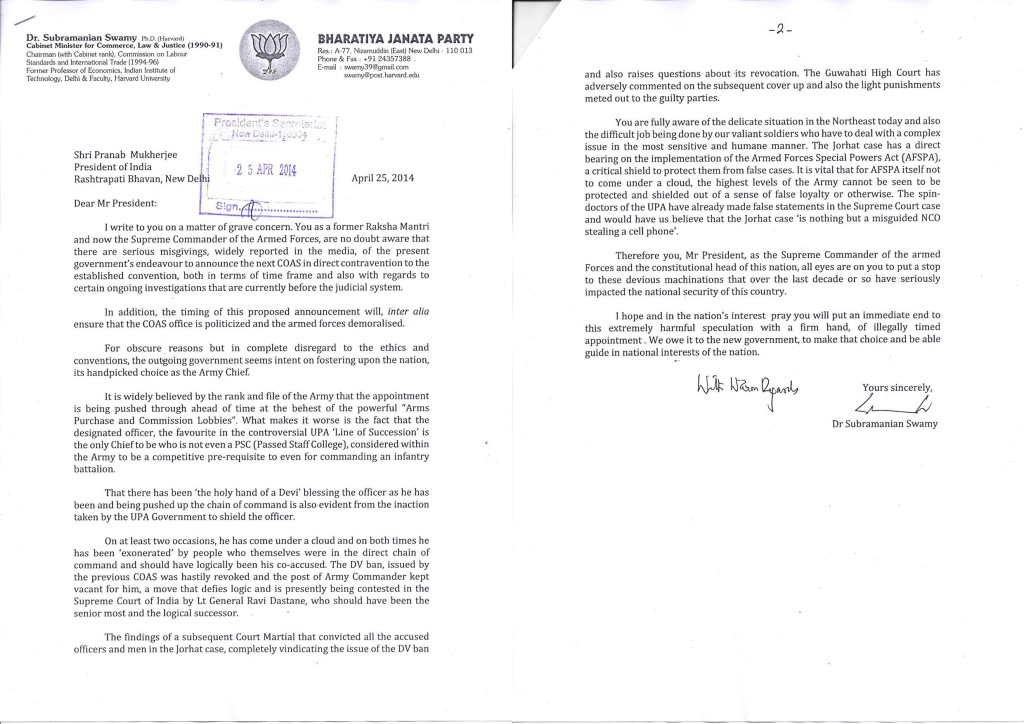 (M G Devasahayam was an IAS Officer and holds post-graduate degree in Economics. Previous to the IAS he served in the Indian army and has participated in the 1965 Indo-Pak war and counter-insurgency operations in Nagaland. He is also a Guest Blogger with Canary Trap. The opinions expressed by the author and those providing comments are theirs alone, and do not reflect the opinions of Canary Trap or any employee thereof)[/sociallocker]

5 thoughts on “Institution of Army Chief: The new low”